A fair to remember 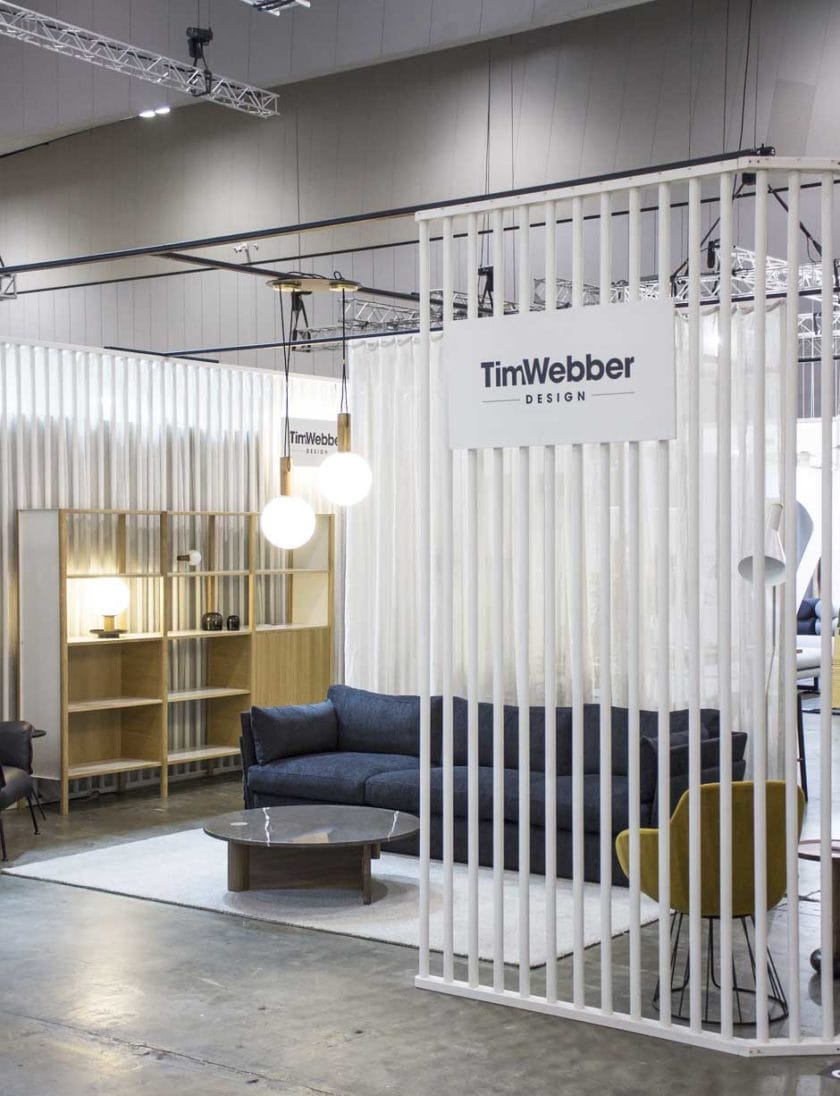 Australasia’s freshest event for contemporary design and art, Denfair exhibits the best of local and international talent. We can’t stop thinking about… 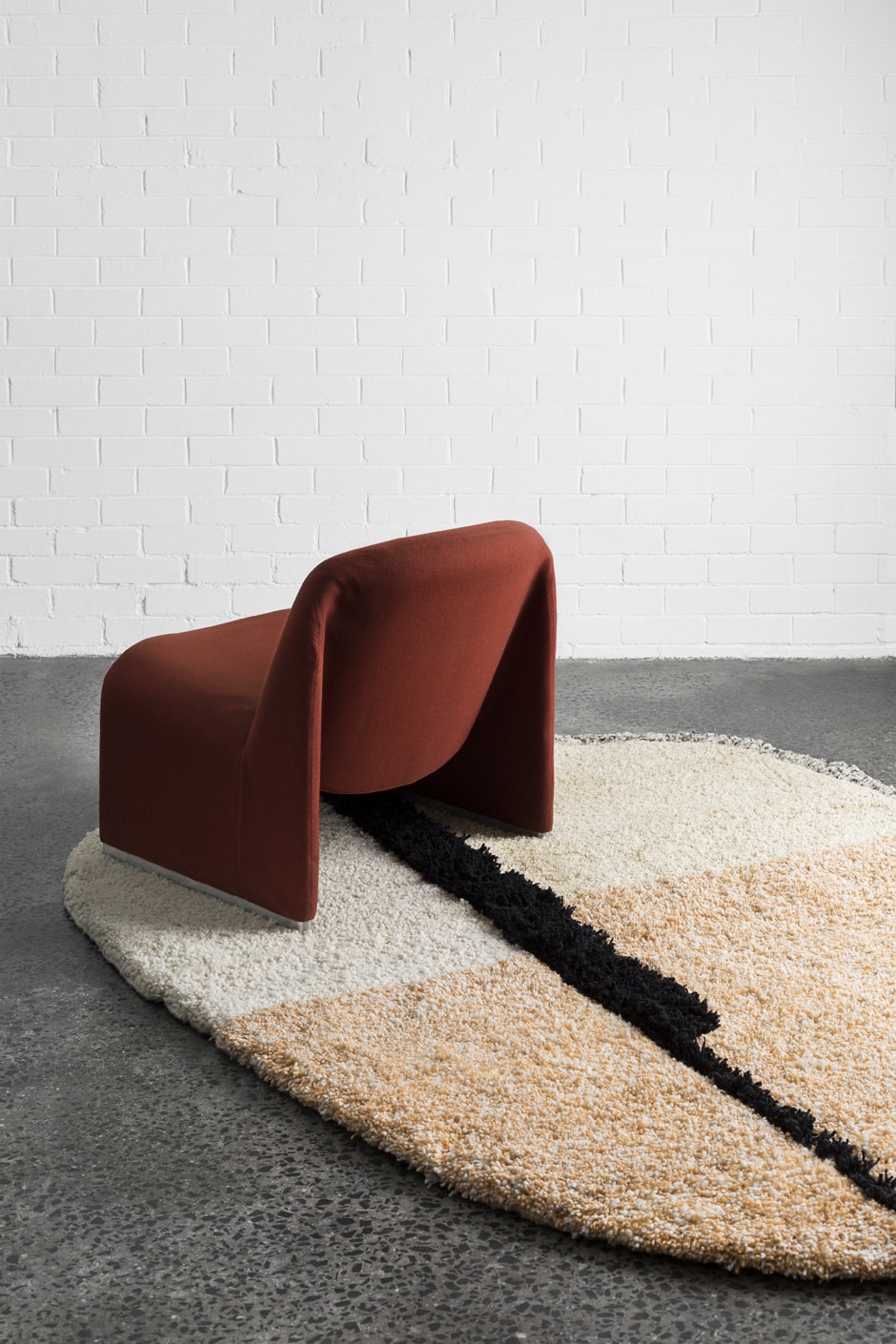 Makers of handcrafted carpets and rugs since the mid-’80s, these guys showed off their new knitted collection produced by artisans in Colombia. Pictured are the Nobsa (below) and Nudo rugs (with an Alky chair by Castelli).
halcyonlake.com 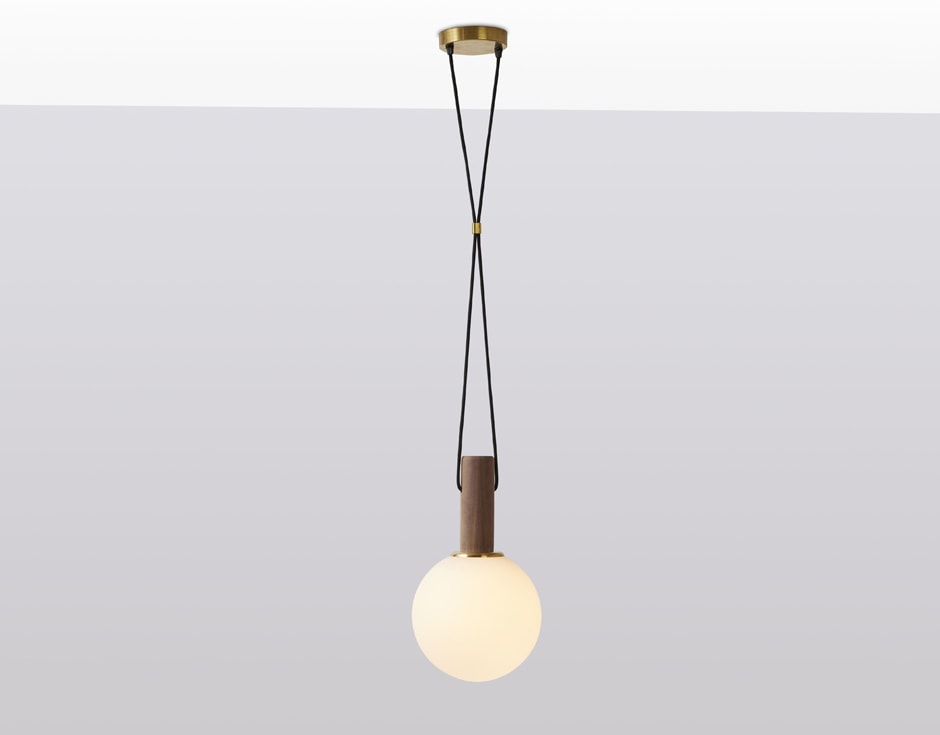 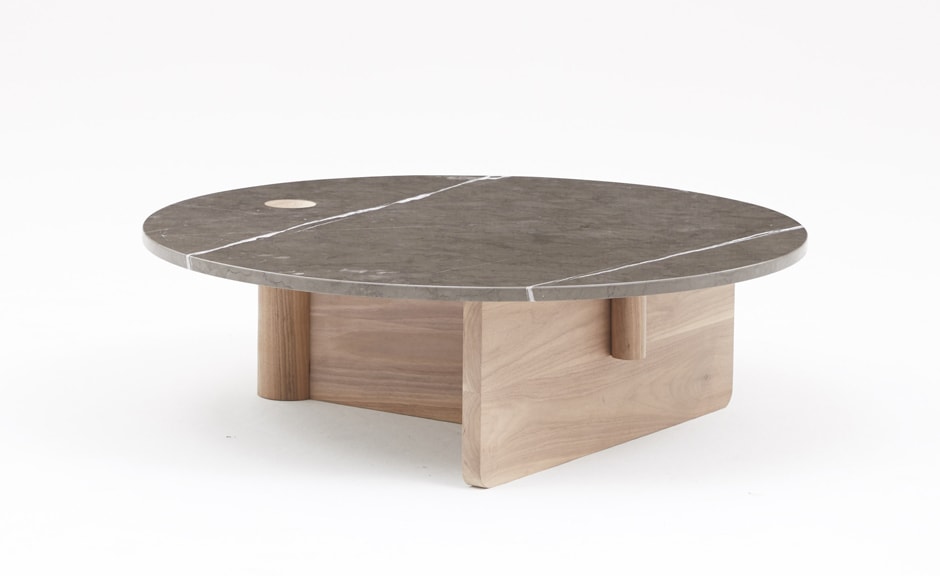 Flying the flag for New Zealand (along with David Trubridge), Tim Webber’s inaugural Denfair exhibit saw the launch of his latest offerings – pieces including the Dowel pendant light and Pivot coffee table. Want them in your life? They can be made to order now.
timwebberdesign.com 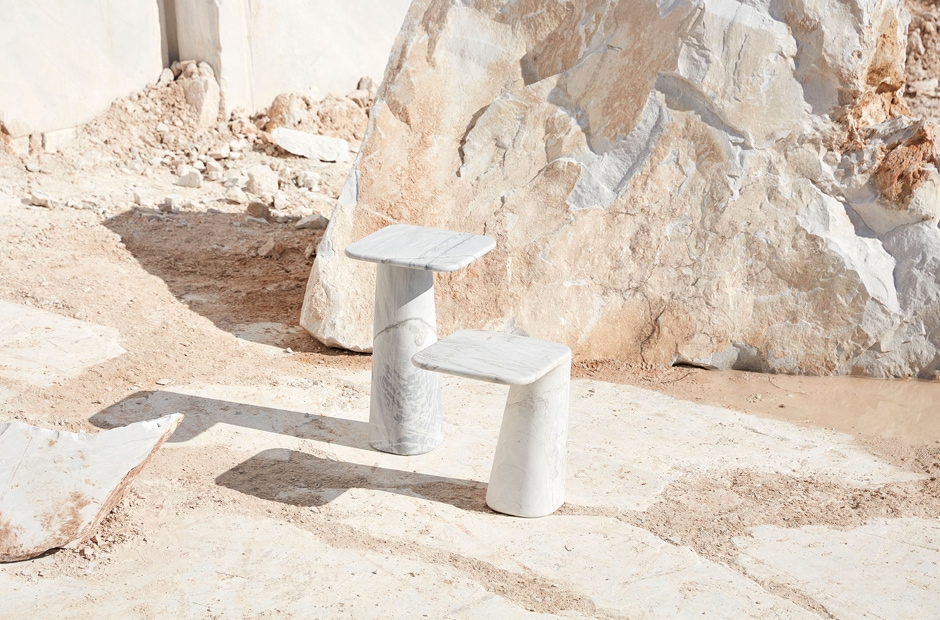 Each item in this home and office range by Artedomus is made from a single material – a dolomite-based stone called elba sourced from a family-owned quarry in Greece. Eight Aussie designers contributed to Collection 01 – these Hurlysi side tables are by Thomas Coward.
newvolumes.com 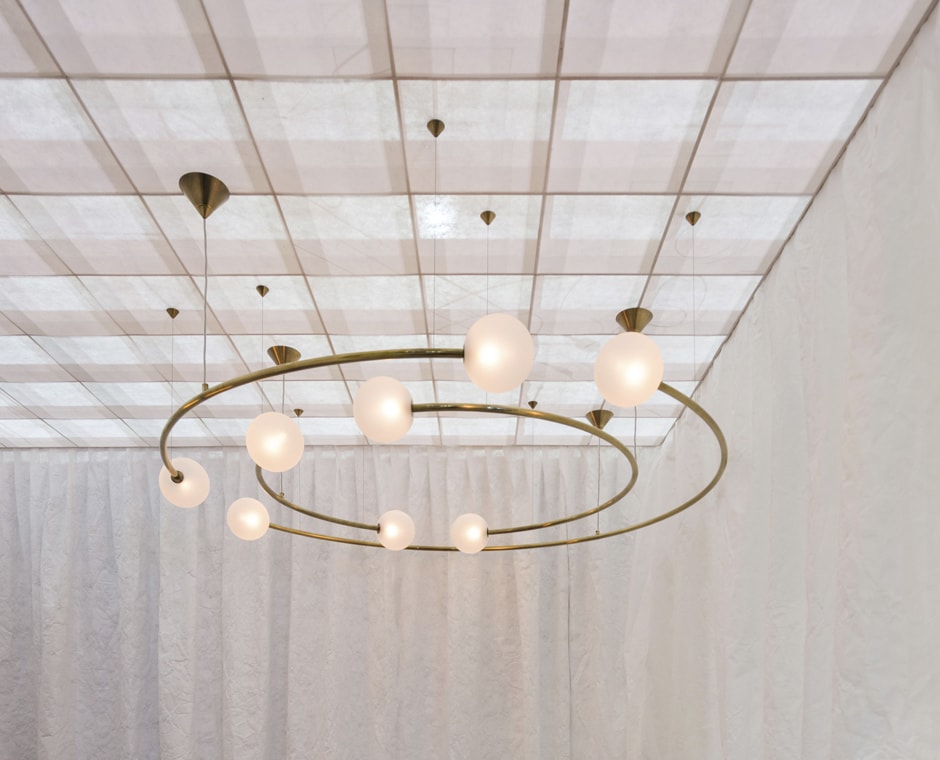 German-born, Melbourne-based lighting designer Volker Haug is self-taught, and his natural talent saw his design/production studio win the award for Best Small Stand for the second year in a row. Among the items on display was Oddments, an expandable system of arcs made from brass and glass that can be arranged horizontally or vertically.
volkerhaug.com 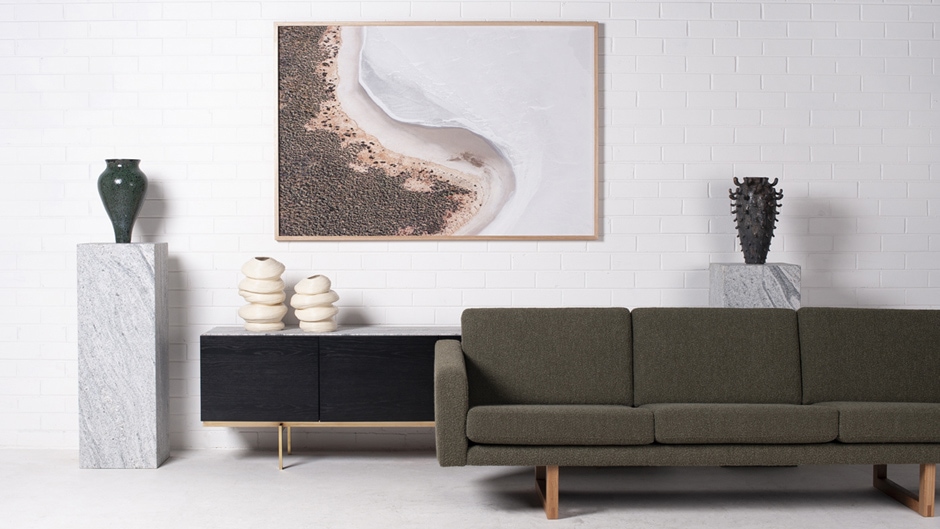 This was the Melbourne vintage store/gallery’s first year at Denfair, and their vibrant stand made quite the impression. The pieces in the scene above include Sea Lake V by American-Australian photographer Brooke Holm, and quirky cream ceramics by Zhu Ohmu.
moderntimes.com.au 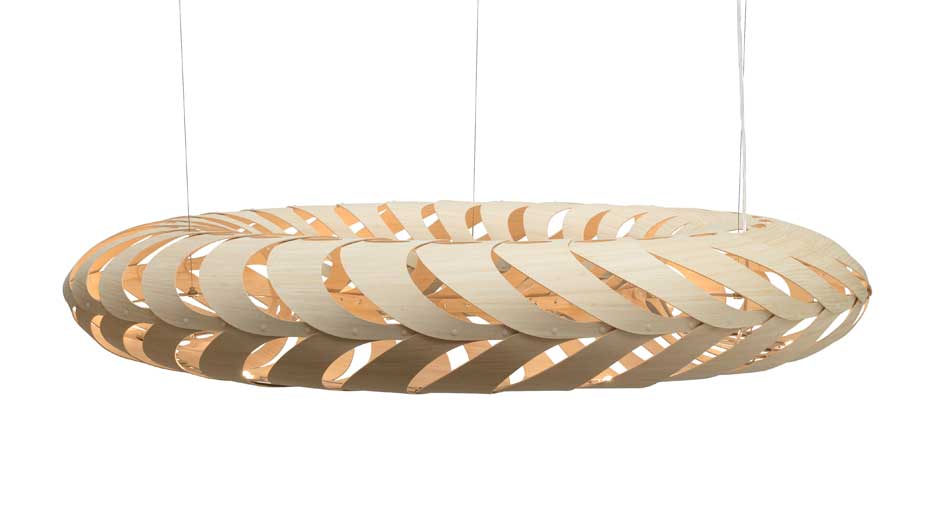 Showing new releases Maru (below, which references the cycle of life and is set for release next year), Navicula and concept wall lights, David Trubridge collaborated with fellow Kiwis Hemptech on some natural linen fabrics used to reveal and partially conceal his pieces.
davidtrubridge.com 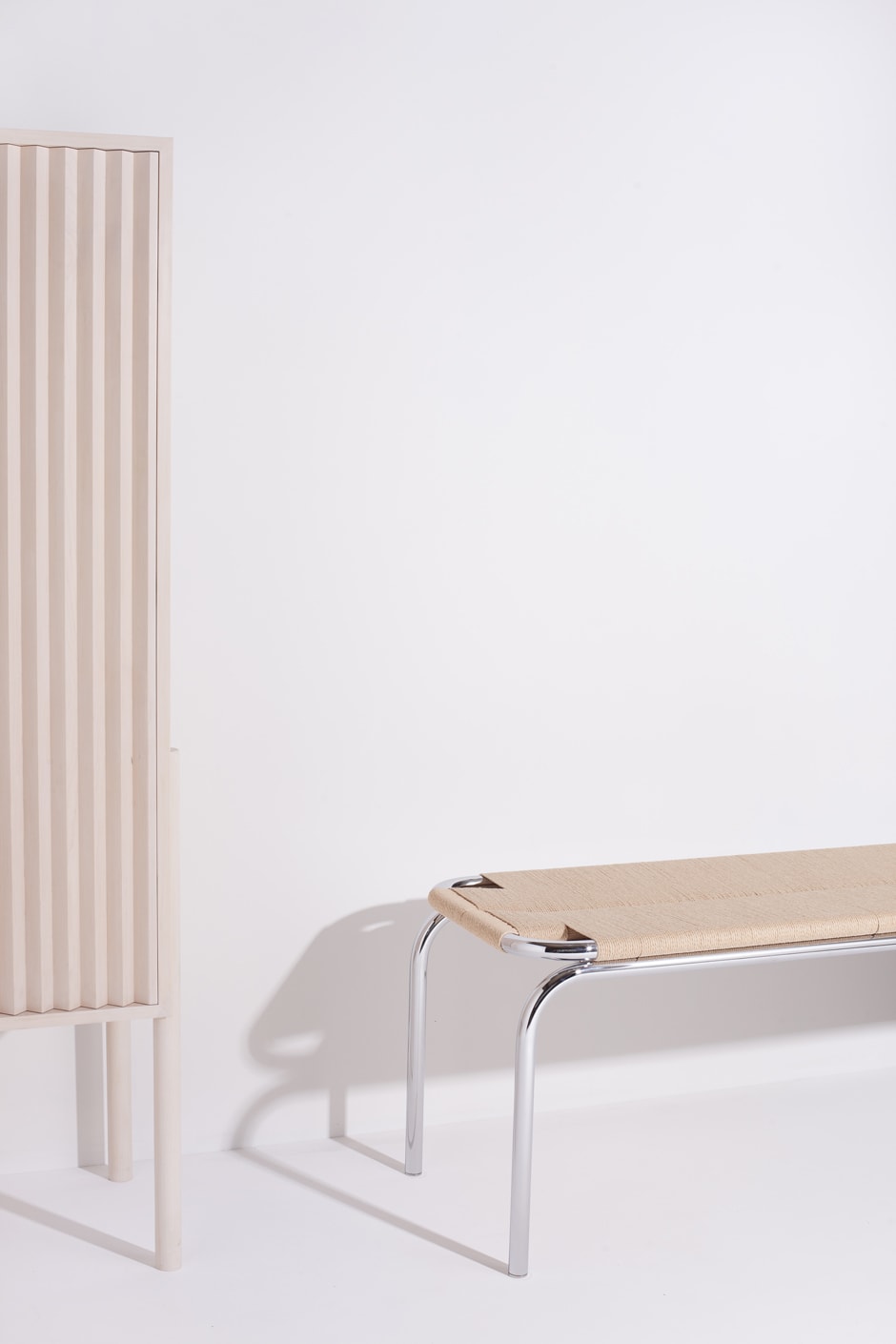 Former photographer and writer turned designer James Howe, of Adelaide, is a major minimalist, yet his pieces all have a wonderful tactility. His J5 cabinet is seen here with his Rushcutters bench – a powder-coated steel frame paired with a Danish cord seat.
jameshowe.com.au 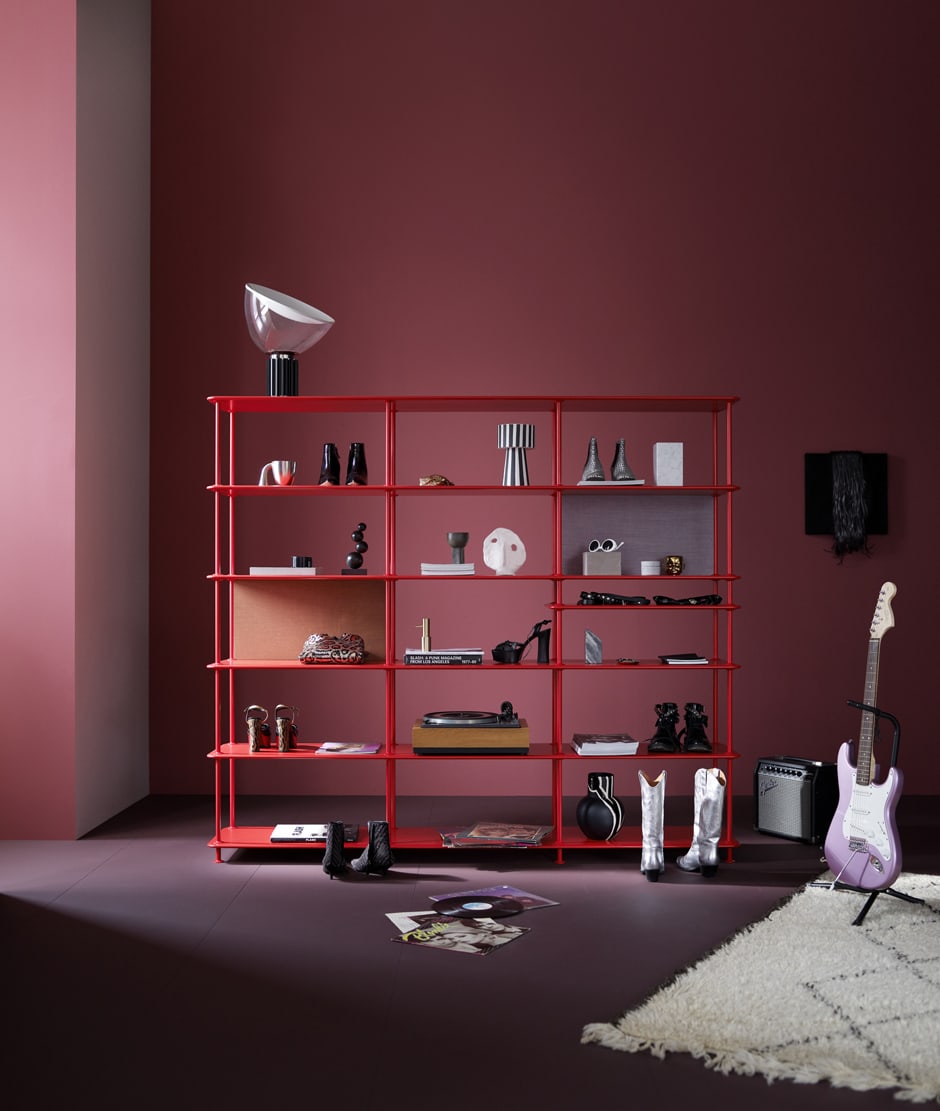 One of two stands Cult presented, Montana by Cult featured several of Denmark brand Montana’s shelving systems, including this freestanding modular design by Jakob Wagner, which is available in several colours and can be assembled without tools.
cultdesign.co.nz