At home at work 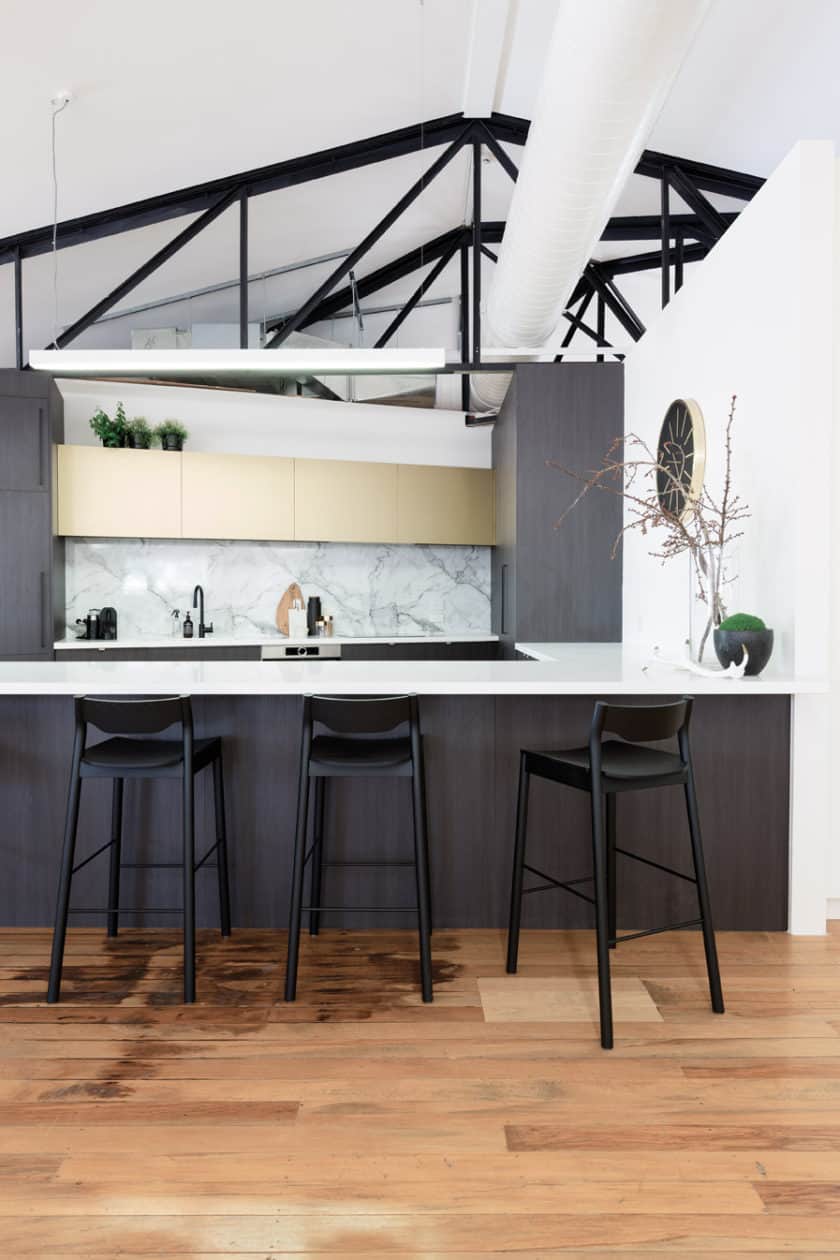 The Superette team feel at home in their new headquarters.

Superette owners Rickie Dee and James Rigby don’t work from home – but they’ve designed their new Takapuna headquarters to feel like they do. Granted, not everyone has a neon “Do Epic Shit” sign hanging in their entranceway, but if it was pretty much your family motto you might consider it.

Other “things we say around here” are hung on other walls – “Not Here to Fuck Spiders” in Rickie and James’s office and “Start Somewhere” outside the meeting rooms. It’s all part of the plan to create a fun working environment that people instantly feel comfortable visiting. 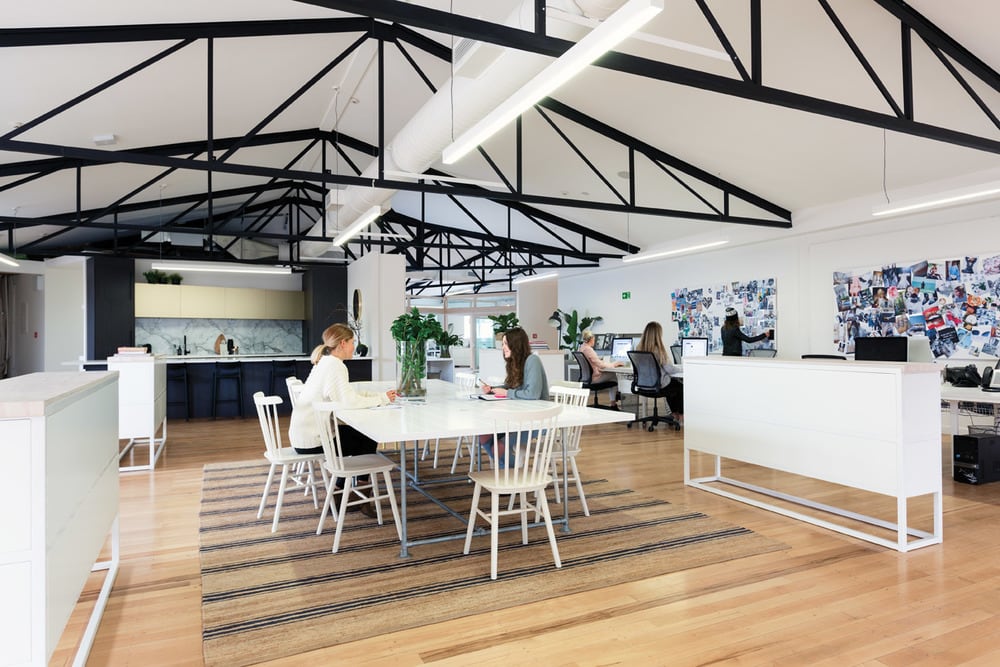 The family of 14 – Rickie and James plus 12 – moved into their new office-home in July this year after 10 months of construction. It was a move prompted by the most common real estate prompter of all, the need for more space.

“A space that is light, bright, a bit special – but not fizzy.”

They found it in a large warehouse fortuitously located adjacent to an even larger carpark on Lake Road. Formerly a Paper Plus storeroom, the building was a “horrible rabbit warren of rooms”, but Rickie and James saw through that to the bones of what it had been – Takapuna’s oldest commercial building and home to the area’s original post office. “It was the pitched ceiling and wooden floors that sold us,” Rickie says. 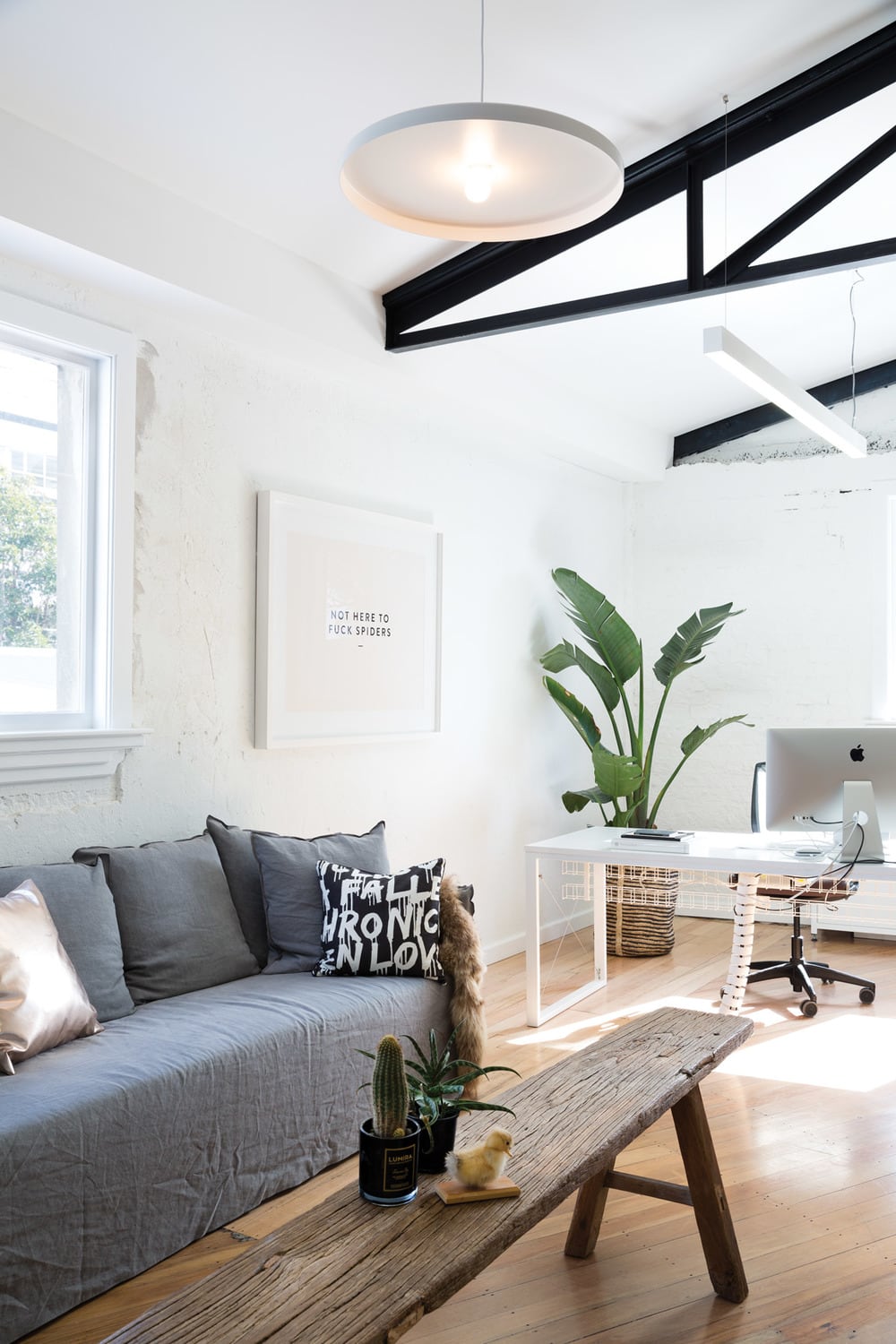 First point of business was demolishing everything inside. The second was commissioning architecture design duo Material Collective to do the fit-out. “We wanted to use them because we liked their work and we knew that they would work with our ideas rather than try to tell us what to do,” says Rickie.
These ideas included having lots of open space but also a couple of meeting rooms and an office for Rickie and James to share. They also wanted to spread their relaxed signature store look through their head office, creating a space that is “light, bright, a bit special – but not fizzy.” Says Rickie: “We knew what we wanted and Material Creative added the specialness.”

Specialness such as leopard-print wallpaper in the girls’ toilets and a screenprinted surfing scene in the boys’. And white shutters behind reception that expand on the modern-day fairytale introduced by that “Do Epic Shit” sign – while adding a place to tuck away everything that needs to be tucked. 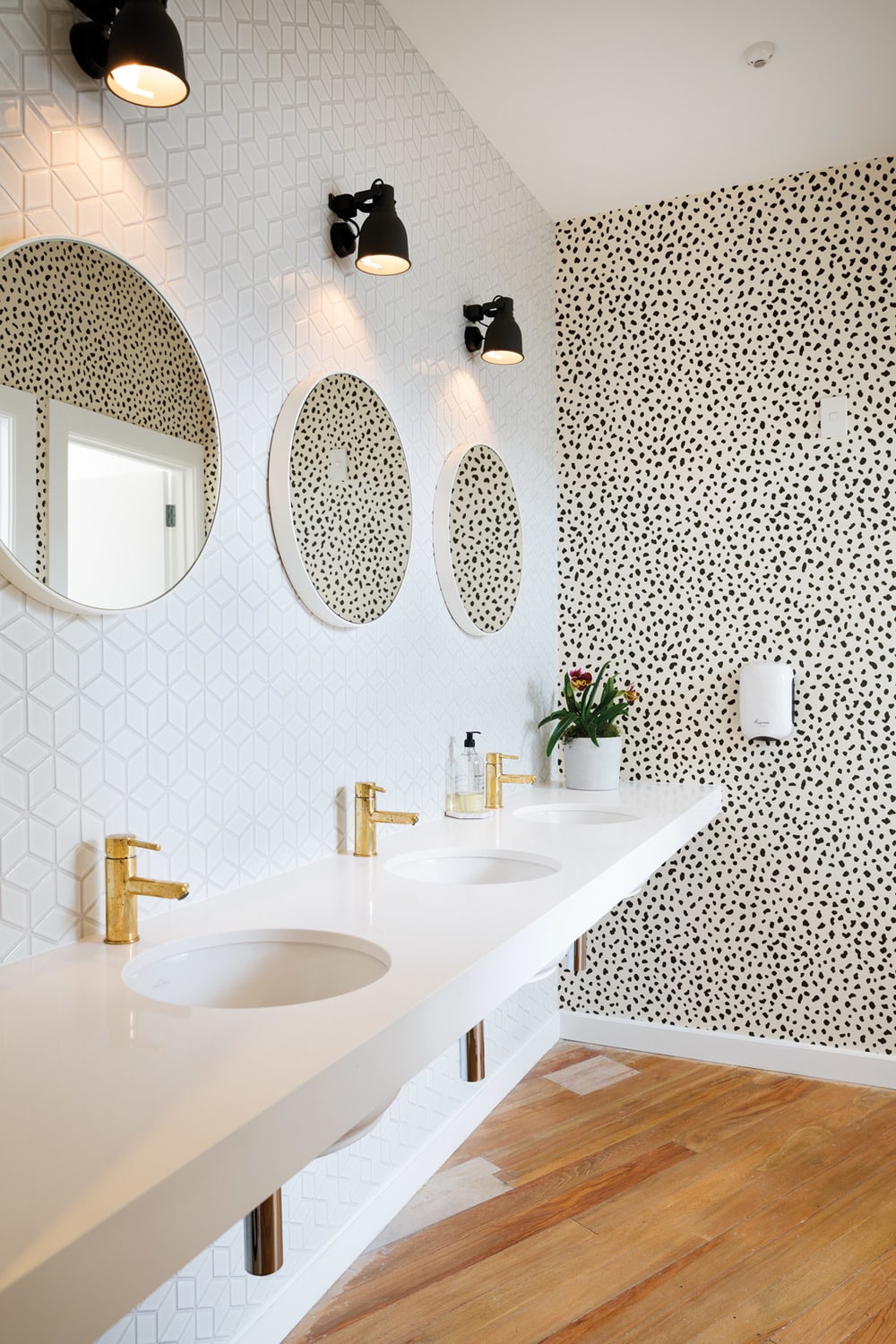 “Our vision was to create a space that epitomised the essence of Superette – a trove of objects of desire,” says Material Creative’s Toni Brandso. “The materials are soft and luxe. Gold, whitewashed timber and louvre details are woven through the design. You feel like you’ve entered someone’s beach retreat rather than a fast-paced office.”

But as for the finishing touches, the Superette team wanted to take care of those themselves. “We want to showcase our suppliers and favourite things,” says Rickie. “So we’ll change the cushions and things like that seasonally – just like we do at home.” 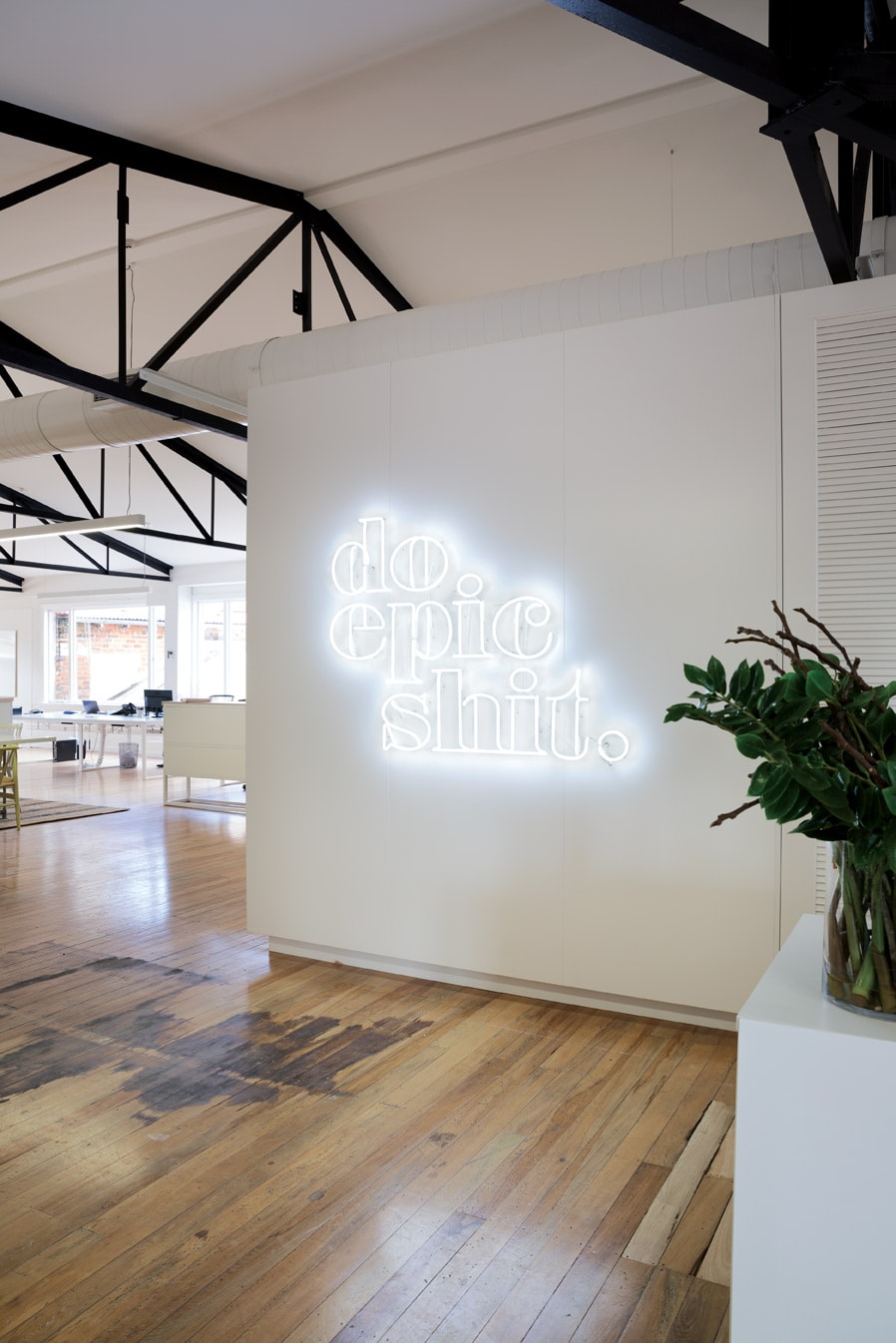