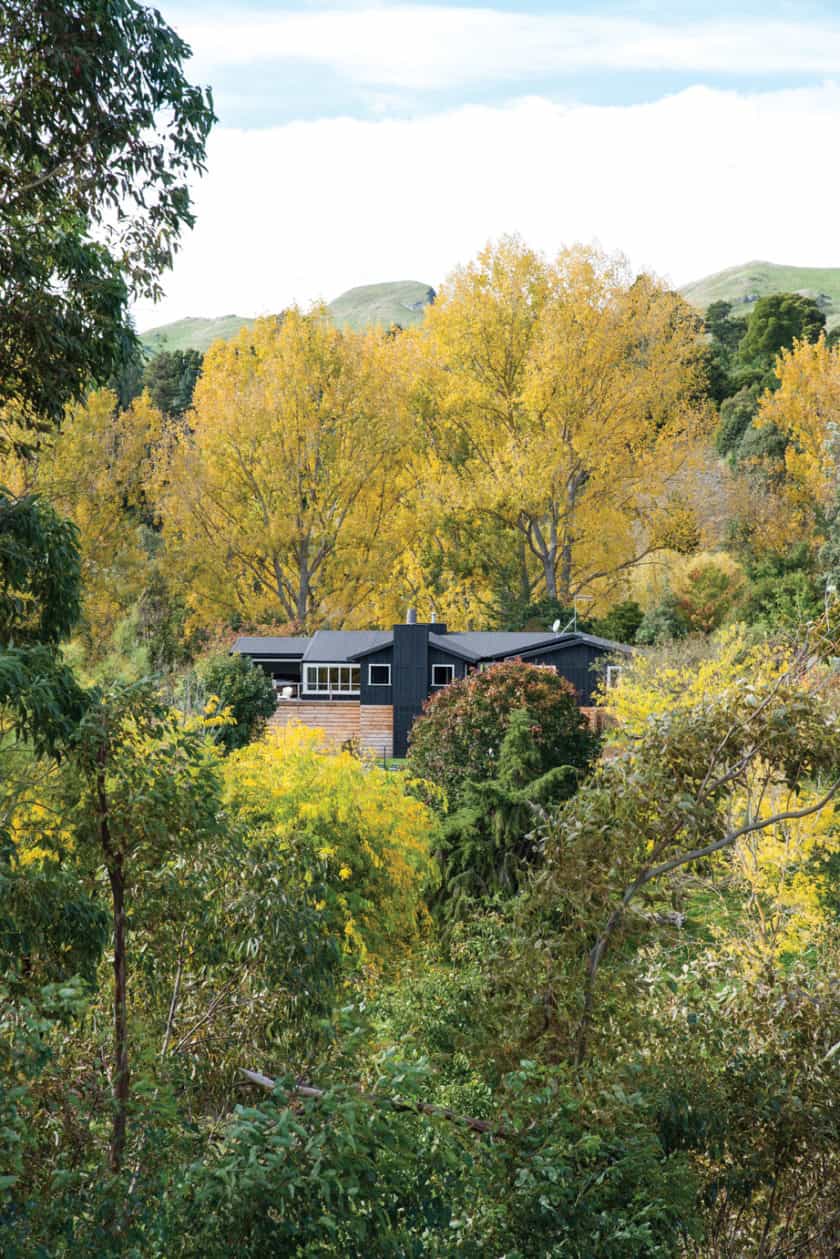 This family has travelled the world – but they’ve found they’re most at home in rural Hawke’s Bay.

Tucked away among the trees at the foot of Te Mata Peak, the board-and-batten abode of Emma Hagen, Bart Narracci and their two children Santino (8) and Isabella (11) looks as though it has been part of the landscape for some time. There’s little trace of the mammoth makeover undertaken less than a year ago, which transformed a once tiny cottage into this spacious country home.

The couple met in the US, where Bart’s from. But after a 16-year stint living there, Emma was ready to return home – and with the promise of an outdoor rural lifestyle, Bart was keen to try New Zealand out for size too. 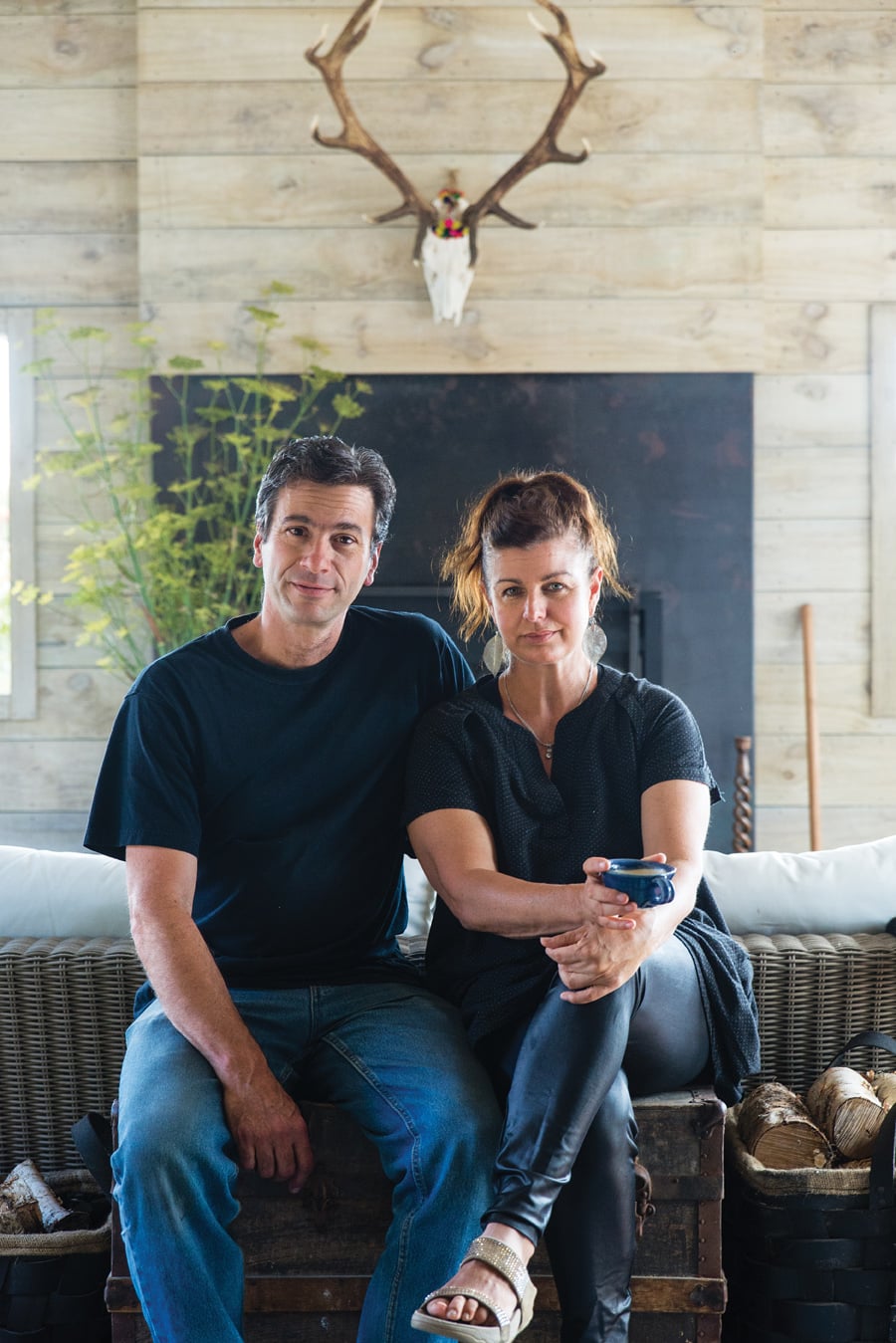 Establishing themselves in the Hawke’s Bay six years ago, they literally set up shop in Havelock North – in a space big enough to house their two businesses. In the front you’ll find Bellatino’s, their fresh produce, wine and artisan food store which draws on Bart’s Italian-American roots. Upstairs is Emma’s domain, a space for her homewares and a children’s clothing business called Another World Trading. “After visiting India – which is ‘another world’, I was entranced by the intricate handmade fabrics and skill of the craftsmanship,” she says. “So I decided to start an import business bringing in vintage kantha quilts, cushions and suzani, along with colourful fabrics that I have made into children’s clothing.” 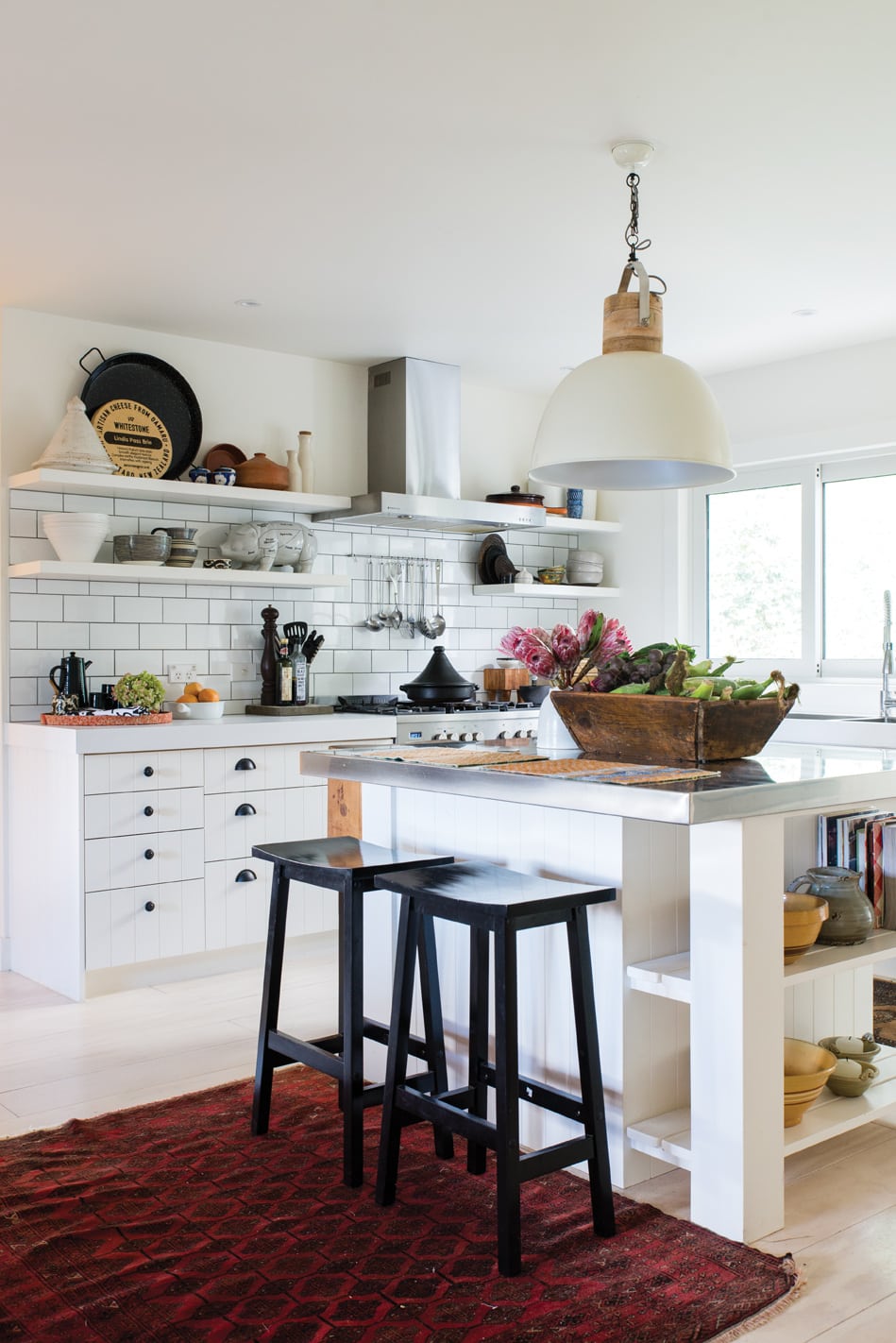 It’s a busy gig for the family, with two businesses to run and kids to ferry around to various after-school activities. To make it all work, they needed a home that was close to the action. They had been hunting for the perfect spot for a while, so when they came across a single-bedroom fibre-cement-board cottage a mere three-minute drive from their store, they decided that the location was too good to pass up – despite its small size.

As self-confessed serial renovators, the pair had a strong vision of what they wanted to do to the place. They quickly engaged a draftsman to draw up their plans. “We essentially needed to rebuild the entire house,” says Emma. “Extend it in all four directions, adding a master wing with a dressing room and ensuite, a kids’ wing with two bedrooms and their own sitting room, pushing out the existing lounge and adding all the decks and the outdoor room.” 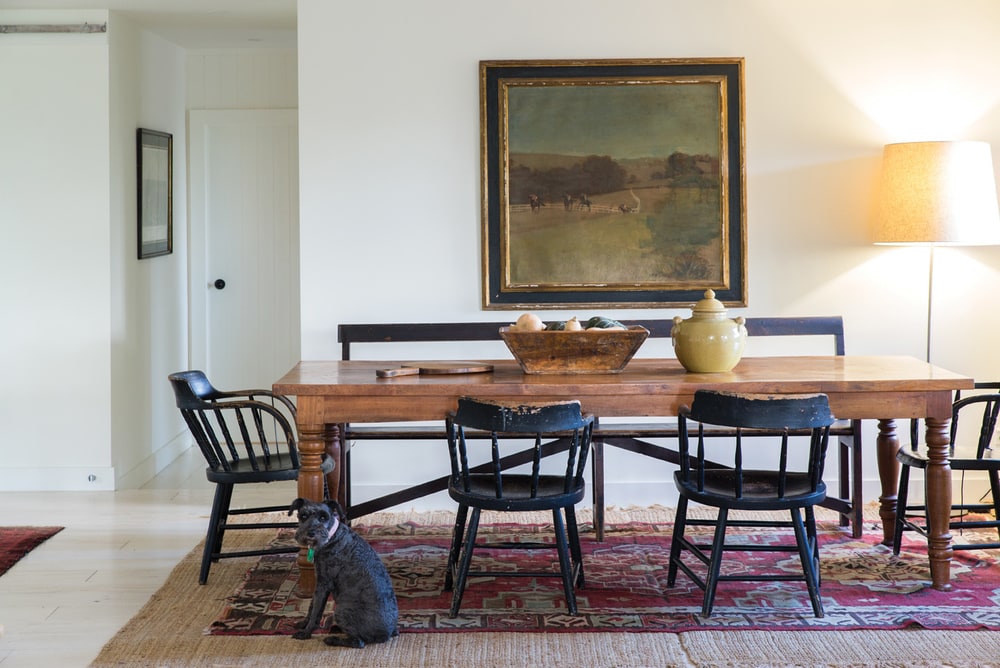 This outdoor room has been an invaluable investment, providing much needed shade in the scorching heat of the Hawke’s Bay summer, and a cosy night-time spot for gatherings around the open fire in the cooler months.

Living in the home through the renovation was exhausting, but what they lacked in space and privacy at the time, they have made up for with accomplishing the result they were after. “Our builder was great, but his previous experience consisted mostly of new builds and development projects, so it took a while to convince him of my vision for the ‘imperfect’ finishings to create the lived-in look we were after,” says Emma. “But as it all came together, it grew on him.” 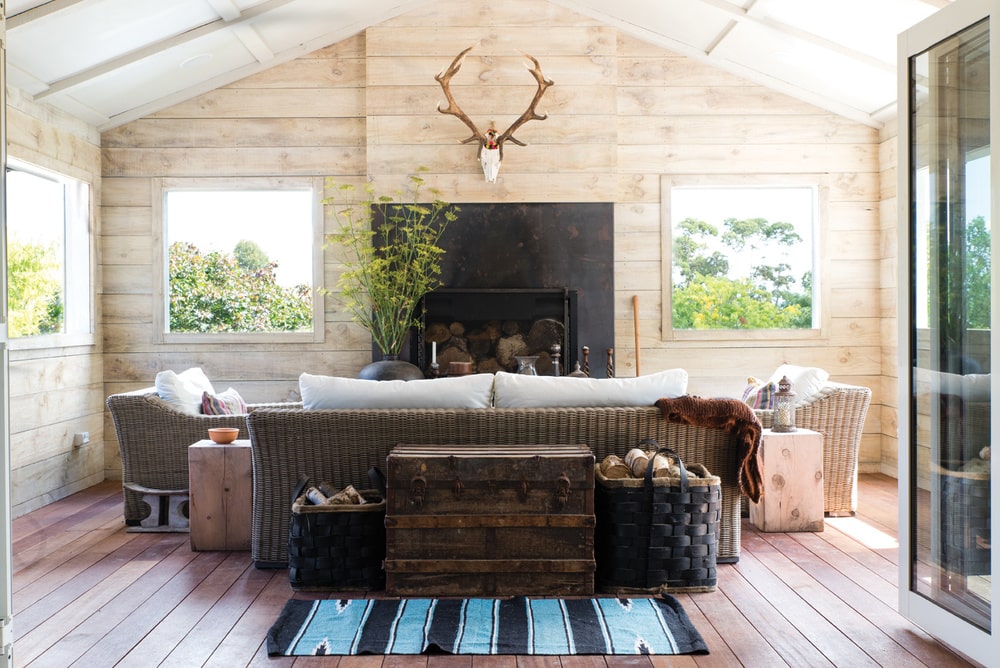 When it came to decorating, Emma’s aesthetic is decidedly global; a collection of pieces that remind her of the experiences gleaned through her travels. “I was born in Ghana – so there’s a few items from when my parents lived there – and I’ve added to the collection with fabrics from India, a few Moroccan items, and then of course there’s the American influence from my time there. We lived in rural Pennsylvania, which led to some interesting finds – in fact, most of my antique furniture has Amish origins,” she says. Now they’re well-rooted back in New Zealand, Emma has discovered a penchant for New Zealand art too, adding to her collection with pieces by local artists Dick Frizzell, Leanne Culy and Charlotte Handy. 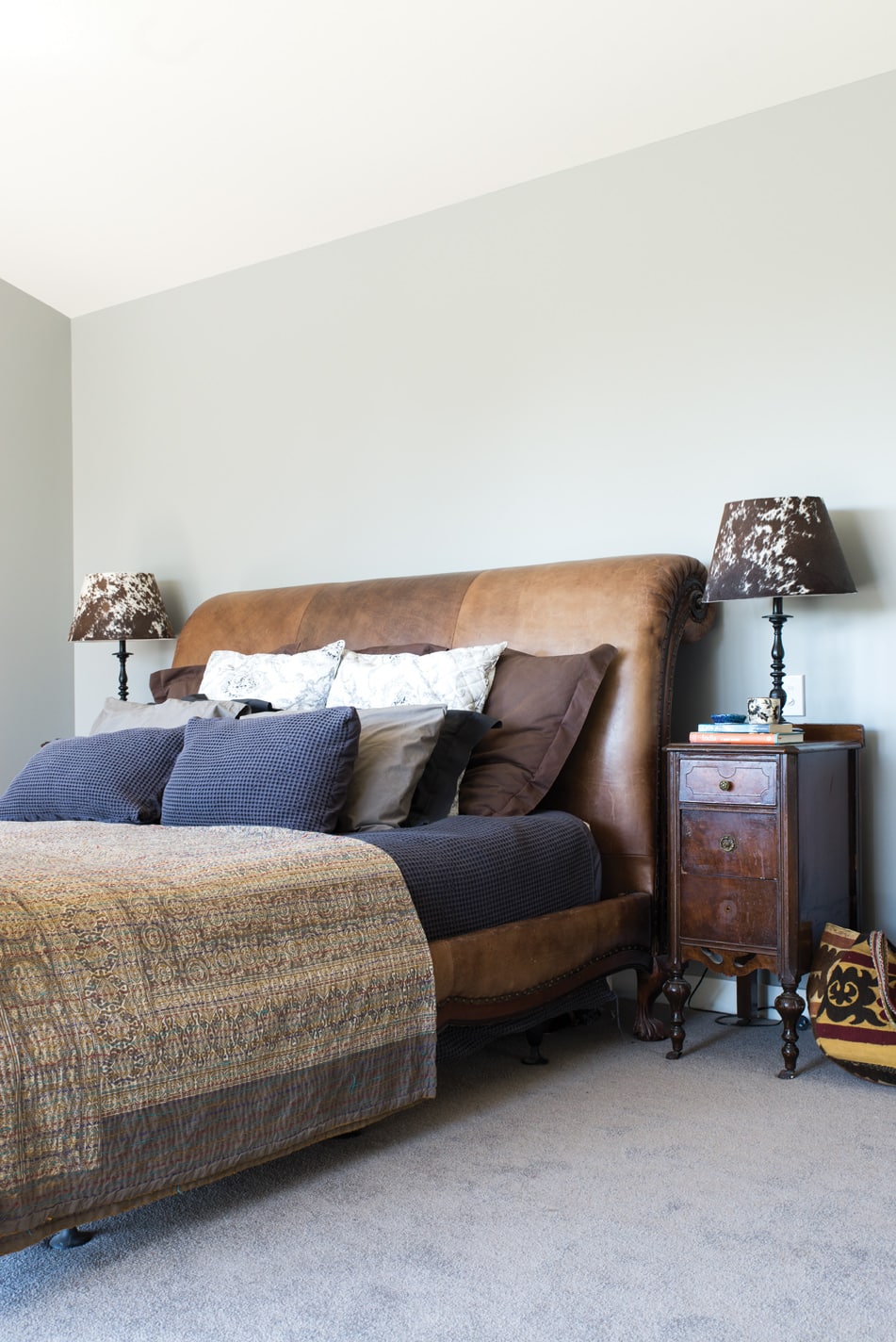 Emma and Bart don’t know if this will be their forever home, but after living through the renovation, they’re pretty sure that they’ll be enjoying it for a while. And if they do move, it won’t be far from this part of the country where they’ve come to feel so at home. “At heart Bart and I love the countryside,” says Emma. “Maybe some day we’ll start from scratch with an American-style barn house out in the golden rolling hills of central Hawke’s Bay, but for now, this is home.” 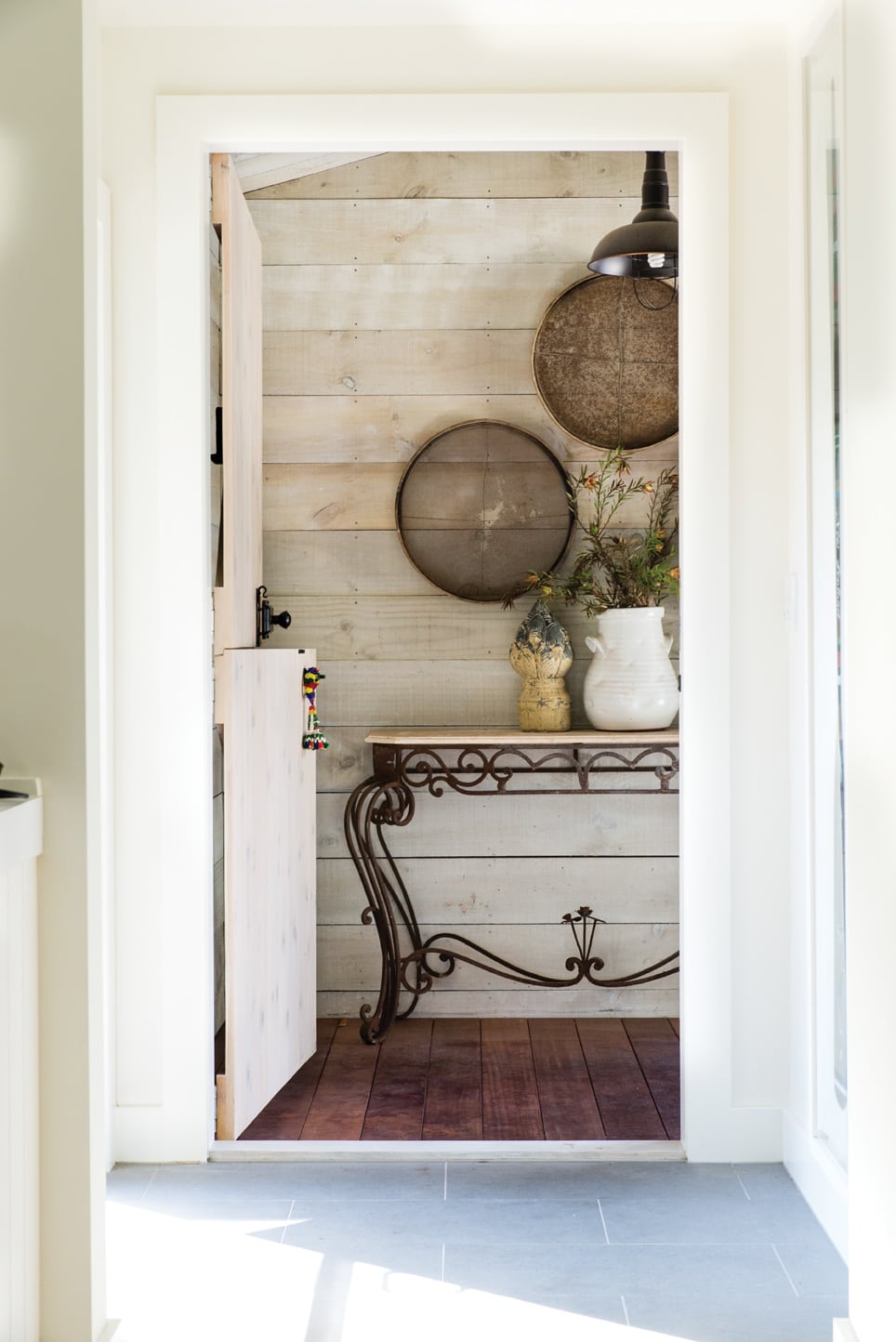 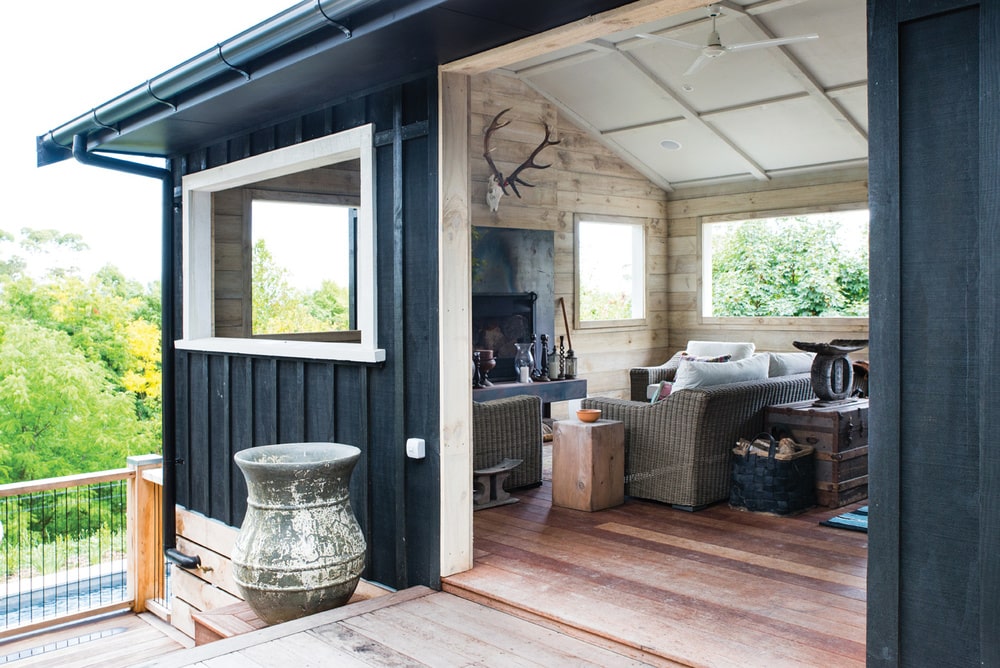