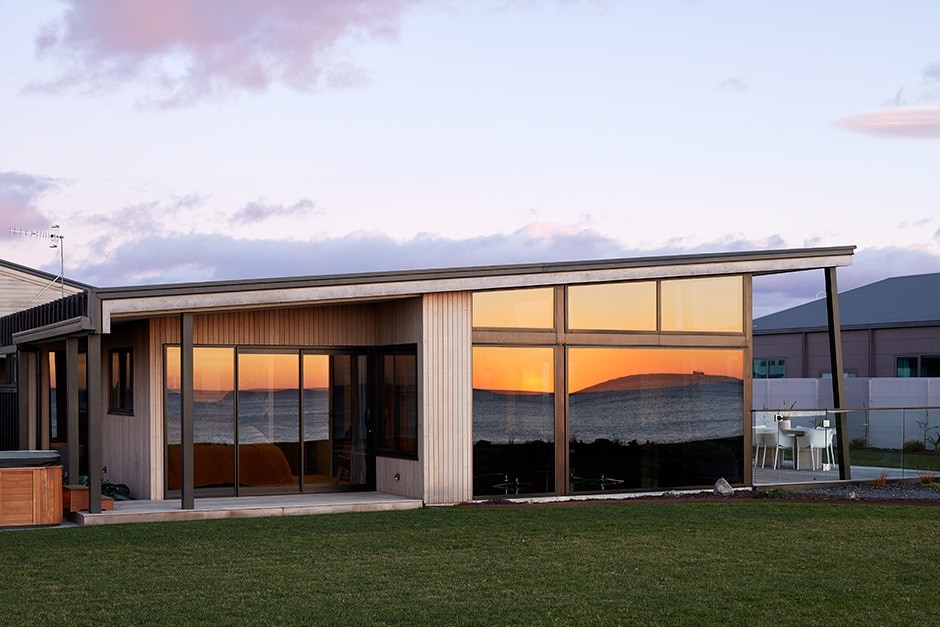 Contemporary windows and sliding doors give this Napier home by Nick Bevin of Slessor Architects an honest connection with nature.

It was almost by accident that Napier’s Eva Bradley and Brad Turfrey ended up in their forever home. “We’d been looking for something on the hill overlooking the water, but when someone told me about this section and I suggested it to Brad, he said, ‘There’s absolutely no way I’m moving to Bay View — it’s way too far from the CBD,’” says Eva. Nevertheless, one day she lured him out under the pretence of walking the dog…
“As soon as we turned up the street I said, ‘How much is it?!’” says Brad.  “I didn’t realise how close it actually was, only 10 minutes from the city.” 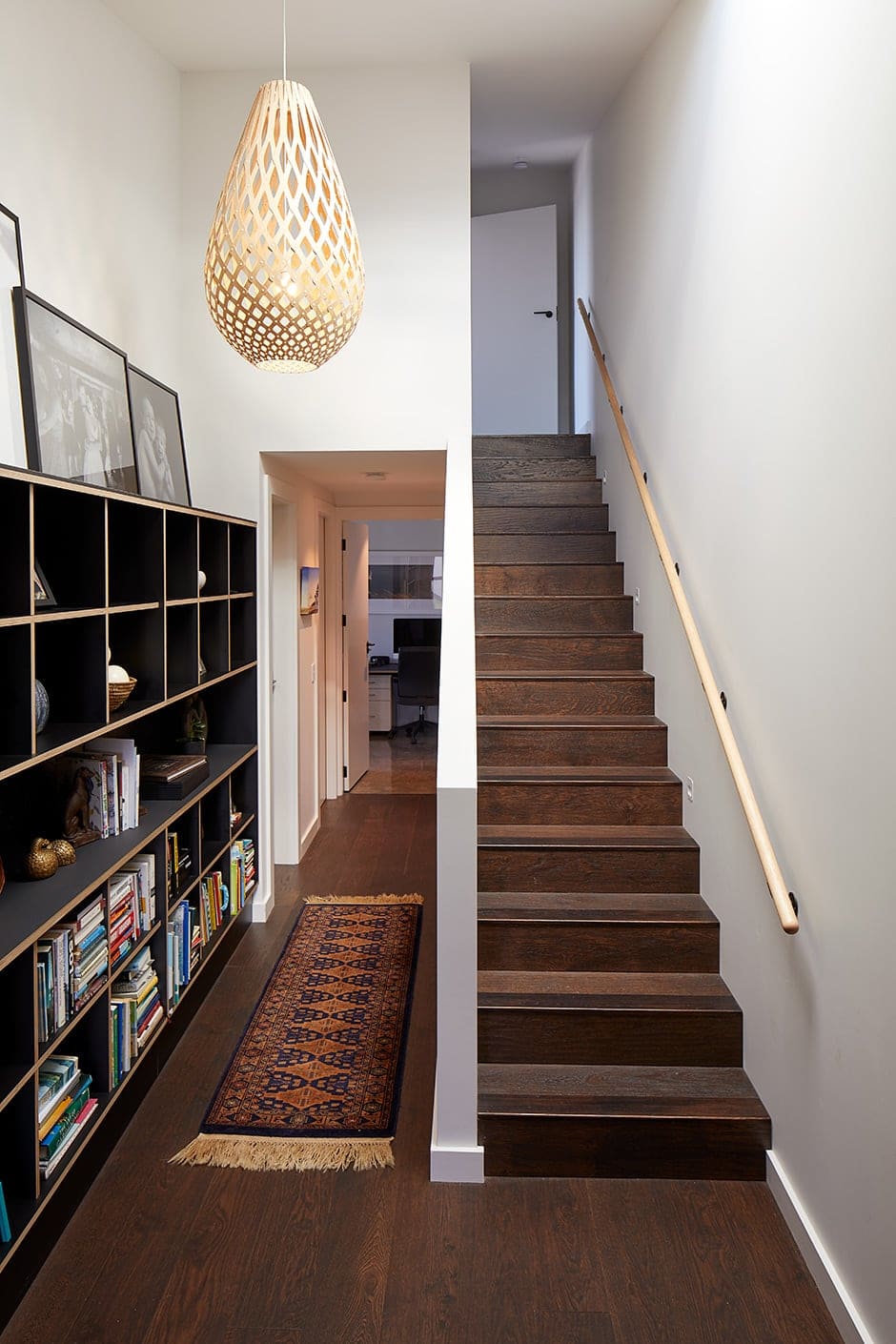 Today, photographer Eva and Brad, who’s managing director at Turfrey (which provides plumbing, roofing, gasfitting, heating and drainage services), are parents of Edward (5) and James (3), but at that time they were simply dating while living in Eva’s diminutive “single-girl” art deco dwelling. Typically, however, life had other plans. “It all happened really fast,” says Eva. “We bought the section, Brad proposed and we got pregnant — all within a couple of months. This future unfolded before us and it seemed like a really nice one, so it’s cool to be here now living that dream.” 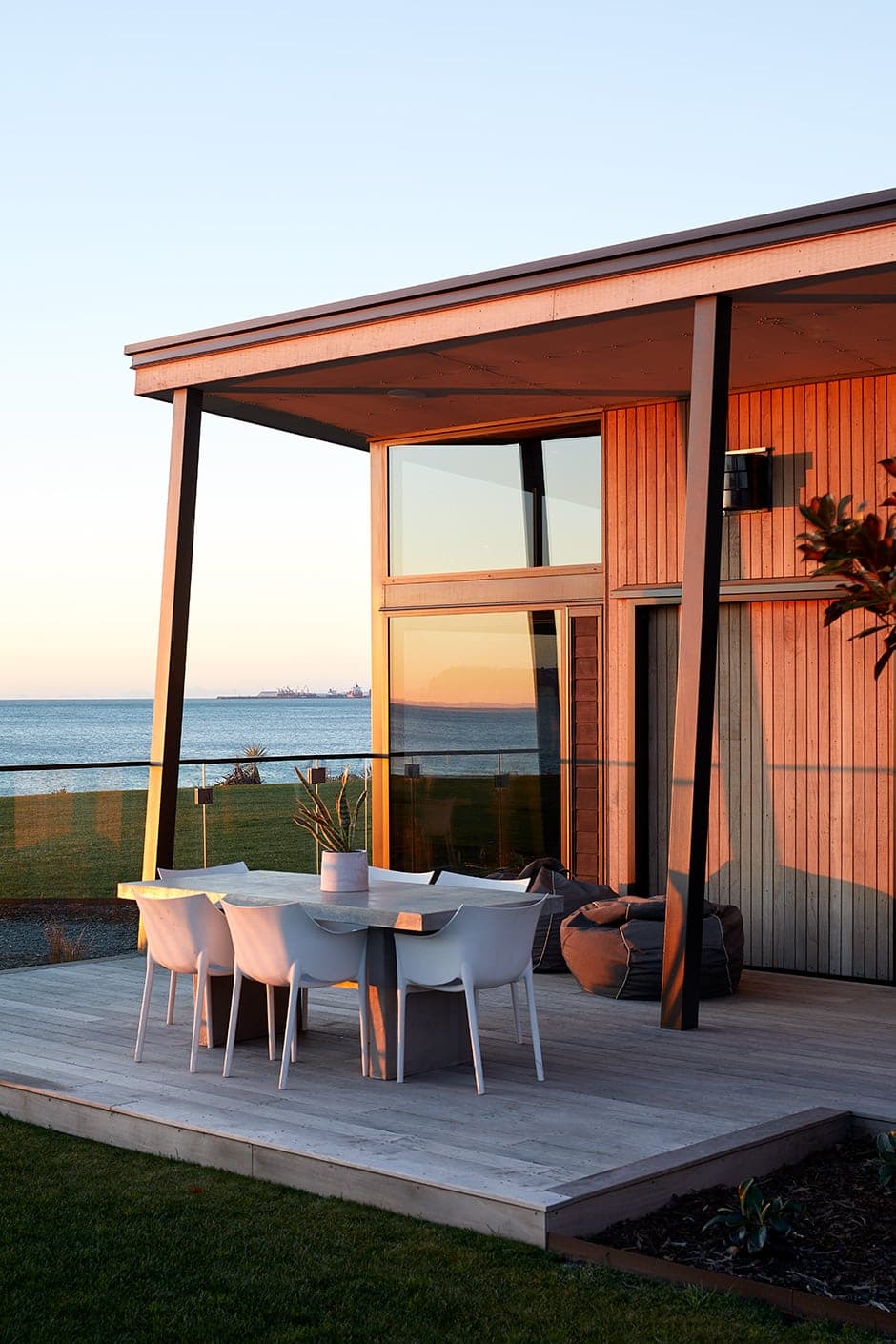 Seeking a down-to-earth architect who valued classic principles and would make a new build feel easy, the couple carefully chose Nick Bevin of Slessor Architects to design their new abode. “We found an architect who listens, and values more than just the aesthetics,” says Eva. “Nick designed a home that’s not only beautiful but also brings us together, something I hadn’t really thought about at the time because we were only just starting our family. I’ll always be appreciative of him for that.” 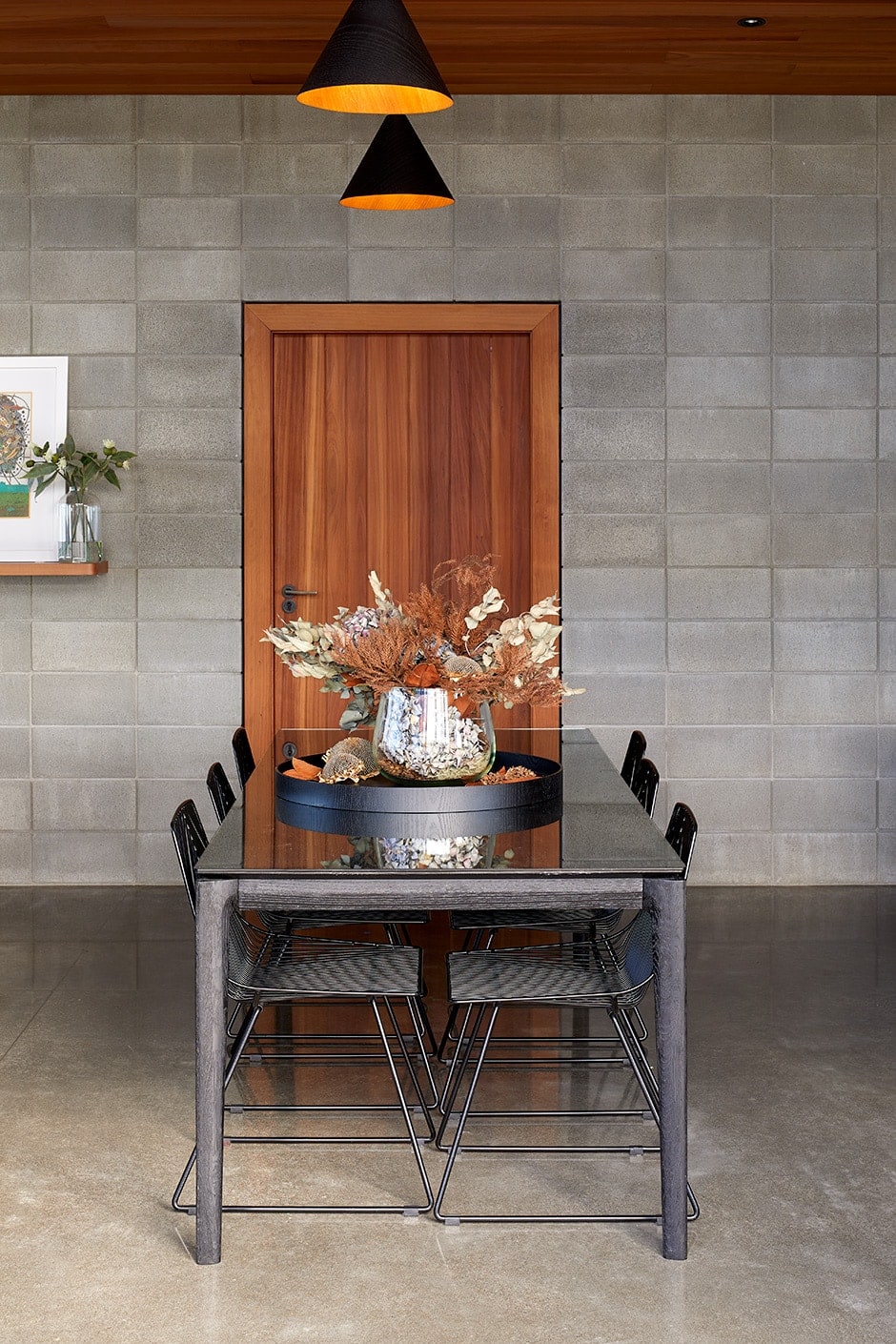 ABOVE Adjacent to the kitchen with its First Windows & Doors Residential Series sliding and casement windows, the dining area features a Metro Series over-the-wall sliding door with large fixed windows above it, plus Metro Series awning windows.

Pushing themselves to create a home that would suit all stages of their life, the couple were fully across all aspects of the design and build. Brad’s company took care of several of the sub-trades, and he grabbed the opportunity to roll up his sleeves and do a lot of the roofing and plumbing himself. 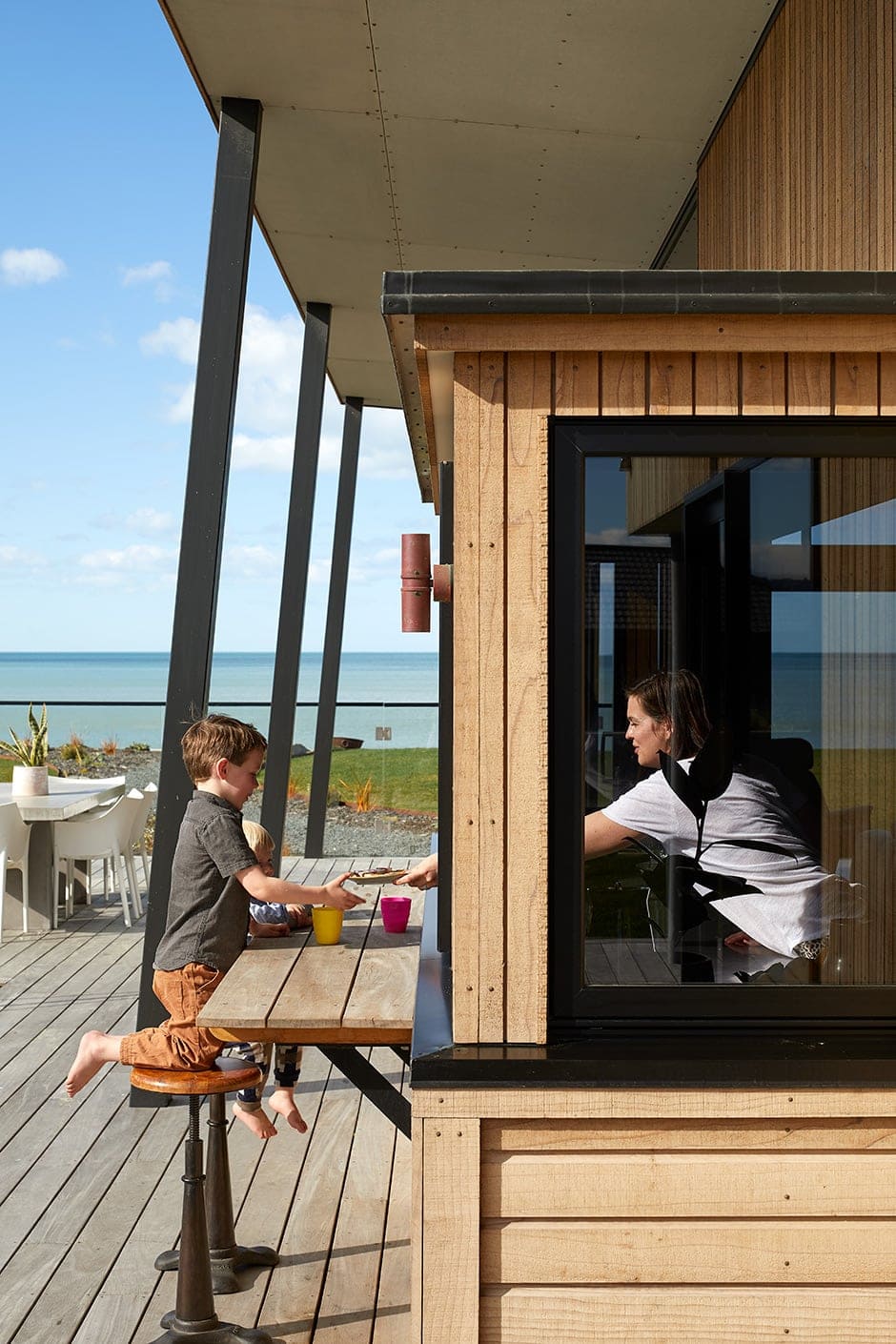 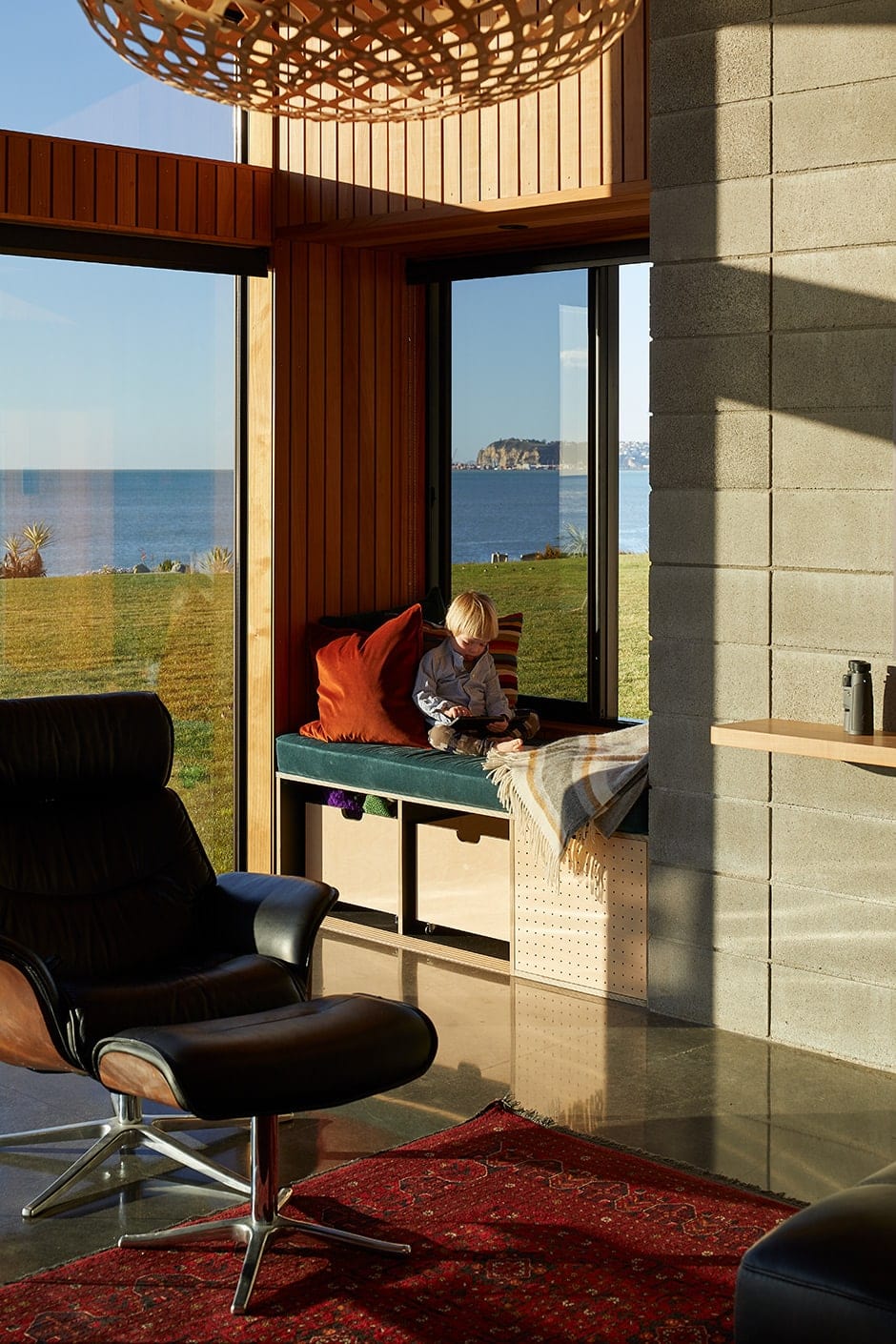 TOP Eva says the reading nook in the main living area was at the top of her wish list — for those rare occasions when she has five minutes to spare. A sliding window sits behind the built-in seat in this space, which also includes an Altair Louvre System by Breezeway from First Windows & Doors that’s safe to leave open even when the family isn’t home.

“He also asked Nick to get creative with the areas of the home we were responsible for,” says Eva. “The aluminium roofing and cladding wraps right around the house in 19m spans, and although Turfrey has put roofs on some of the biggest buildings in New Zealand, Brad said ours was the toughest.” 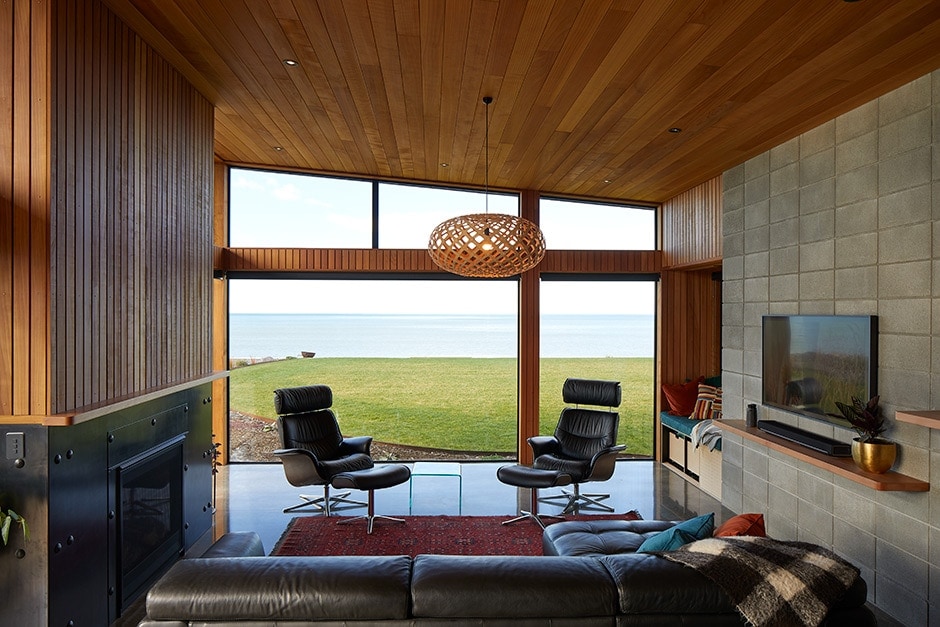 ABOVE The remainder of the house features First Windows & Doors’ Residential Series joinery. “Everything we used had to go the distance,” says Brad. “We have no tolerance for replacing things.” The interior redwood timber is future-proofed with a double coat of Osmo oil, while the concrete blocks are sealed with clear Aquellux. It’s one of Turfrey’s trades, so the couple installed underfloor heating, and along with the passive solutions and Heat & Glo 6X fireplace, it ensures the house stays as warm as toast.

The inclusion of robust products that could endure the environment and would look great for decades to come was crucial, so windows and joinery from First Windows & Doors became integral to the home’s success. They made the most of that jaw-dropping view by expertly minimising the joinery and maximising the glass in the spaces facing the sea. 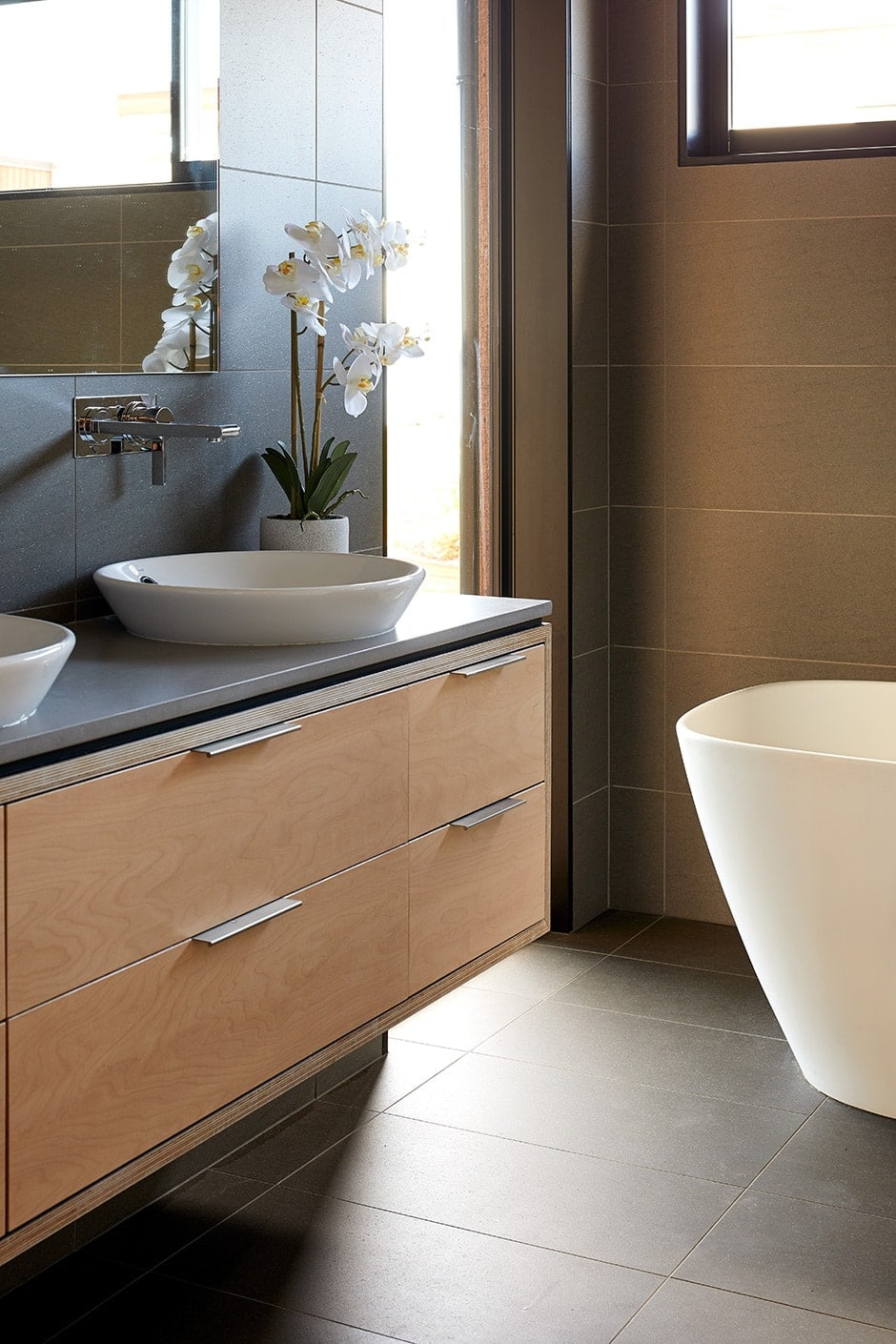 “In wild storms, it’s exciting to be so close to the crashing waves, but the house gets drenched in spray, so when we chose our joinery, we chose the best,” says Eva. “As well as the windows, the oversized stacker doors by First Windows & Doors open the home right up along the northern side, creating an outdoor space that feels like an extension of the living area.” 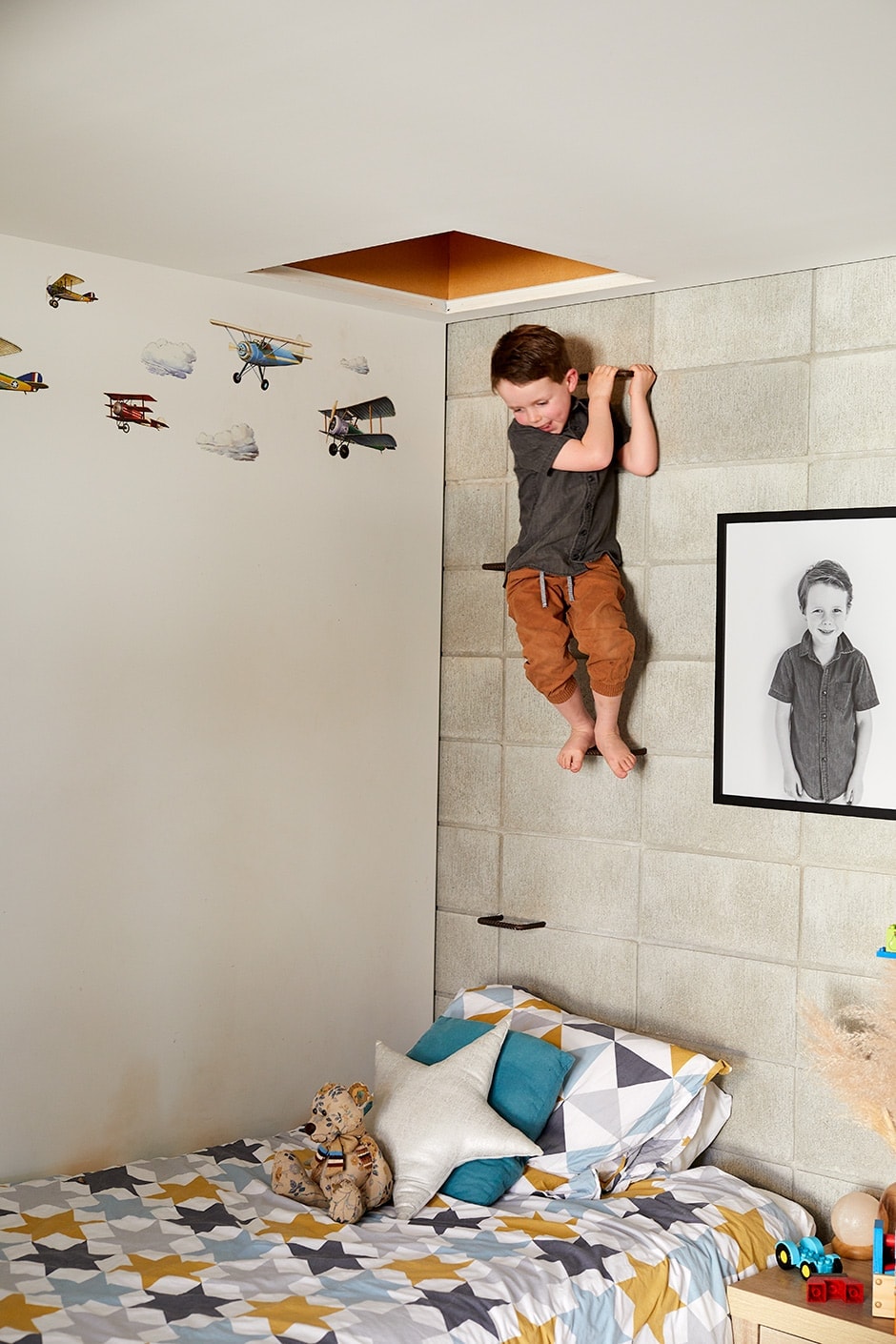 Sustainable solutions harness the benefits of being in one of Aotearoa’s sunniest regions. The pitch of the roof lets the sun travel under the eaves during the cooler months, passively heating the concrete floor (to the point where the couple often have to open the windows to cool the house down), whereas in summer the sun travels above the eaves, so the floor stays shaded. At either end of the house and in the bedrooms, louvres from First Windows & Doors allow passive ventilation from the sea breeze. 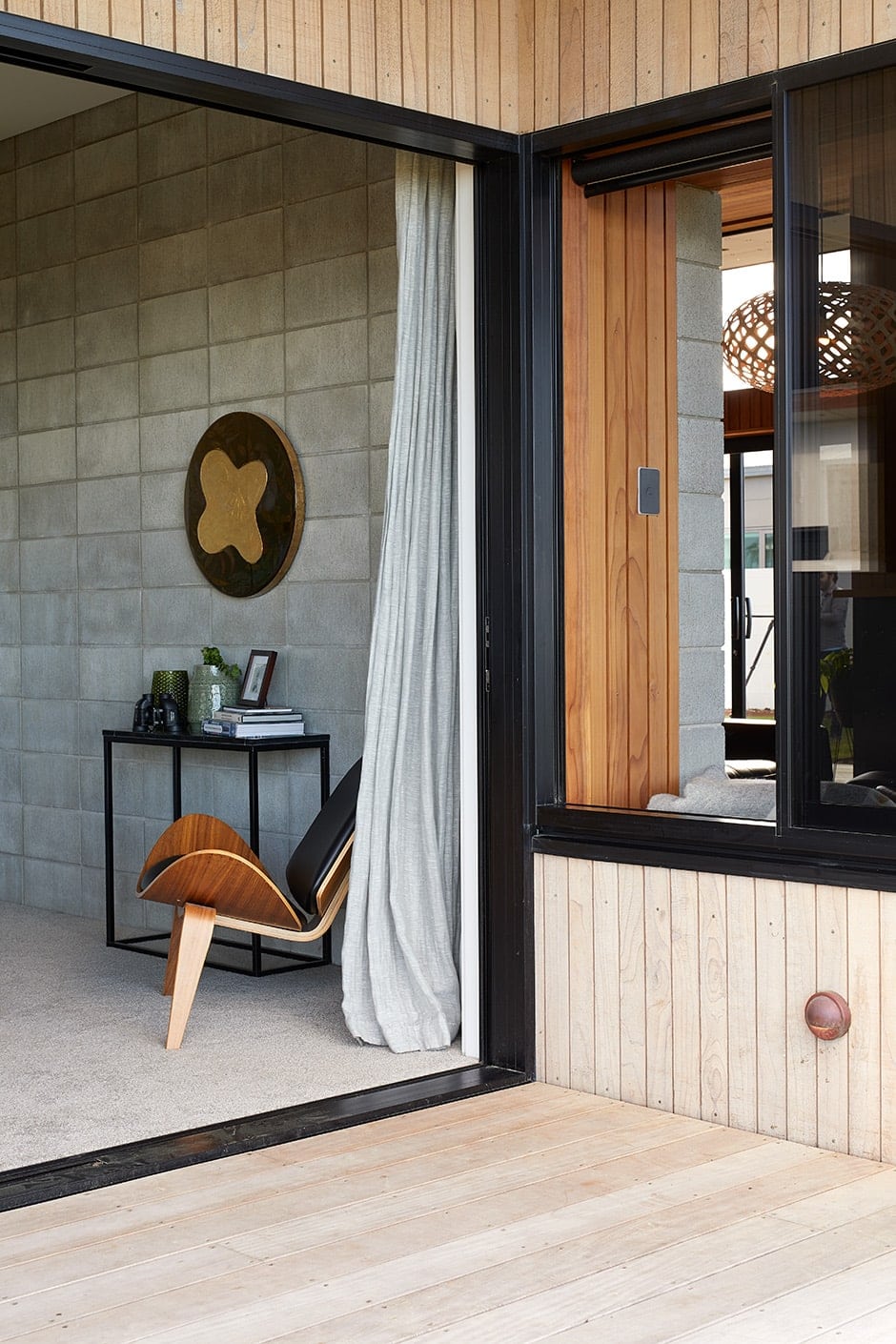 Yet another successful aspect of the design is the large pivot doors positioned along the wide hallway that effectively create walls between grown-ups and kids, personal and professional. “It’s like we have three homes in one,” says Eva. “We’ve got an apartment great for two people at the front, open one door and you incorporate the children and they’ve got their own zone, then open the second door and it introduces the working side of the house, including my studio.”
Having covered all the bases, there’s no doubt in Eva and Brad’s minds that this is where they’ll stay. “There’s a joy that comes from seeing the endless sea in front of us that we’ll never tire of or stop appreciating,” says Eva.
“Every time you come home it feels good and that doesn’t wear off,” says Brad. “I come through the door and think, ‘Now I know why I work so hard.’”
firstwindows.co.nz