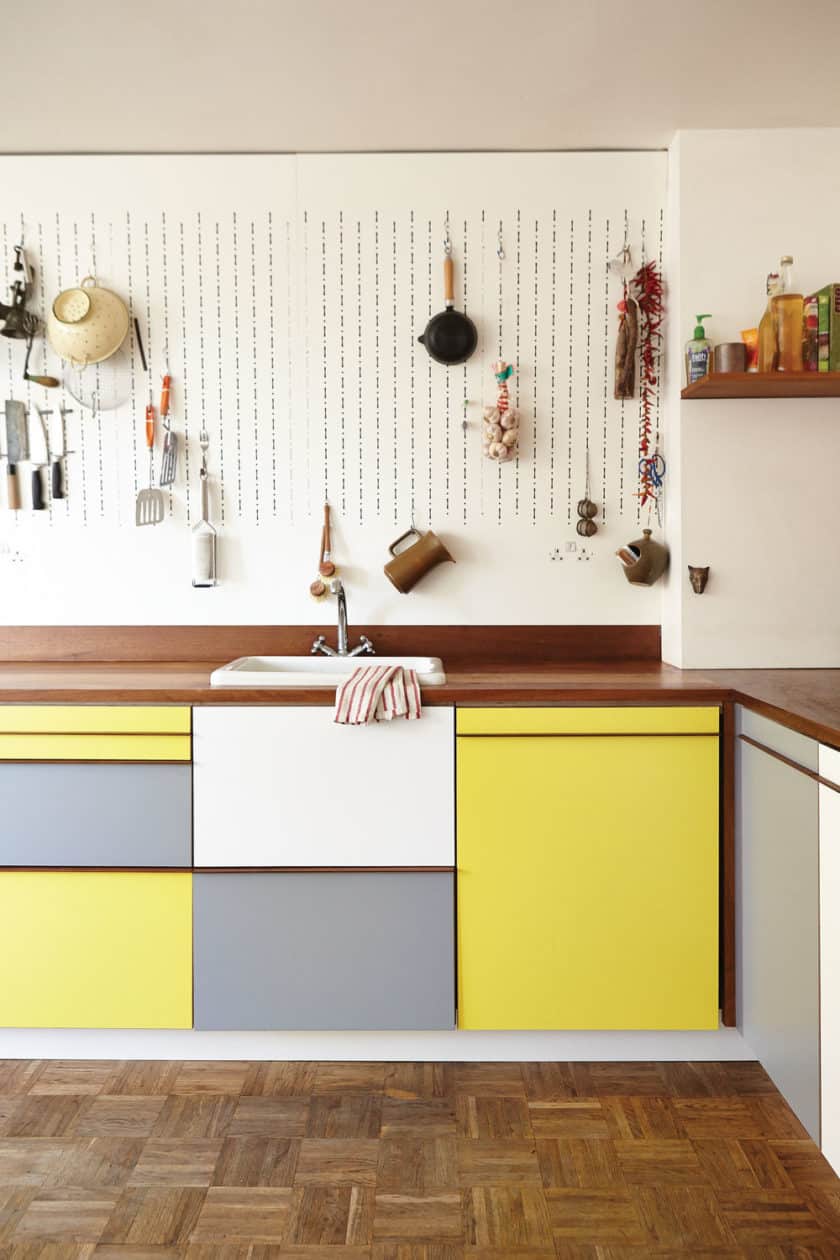 When two creative types purchase an ex-council house, you can be sure it’s about to get a complete overhaul.

New Zealander Hannah Upritchard and her German husband Christian Ahlert have created a charming yet unconventional home in London’s East End that suits every aspect of their lives. Hannah, a jewellery designer, and Christian, an internet entrepreneur, met in the city 10 years ago – and have lived there ever since. However, it took a while to find the right spot to suit their eclectic lifestyle and creative interests. But they eventually found what they were looking for on a street named Pedro in the vibrant neighbourhood of Clapton. 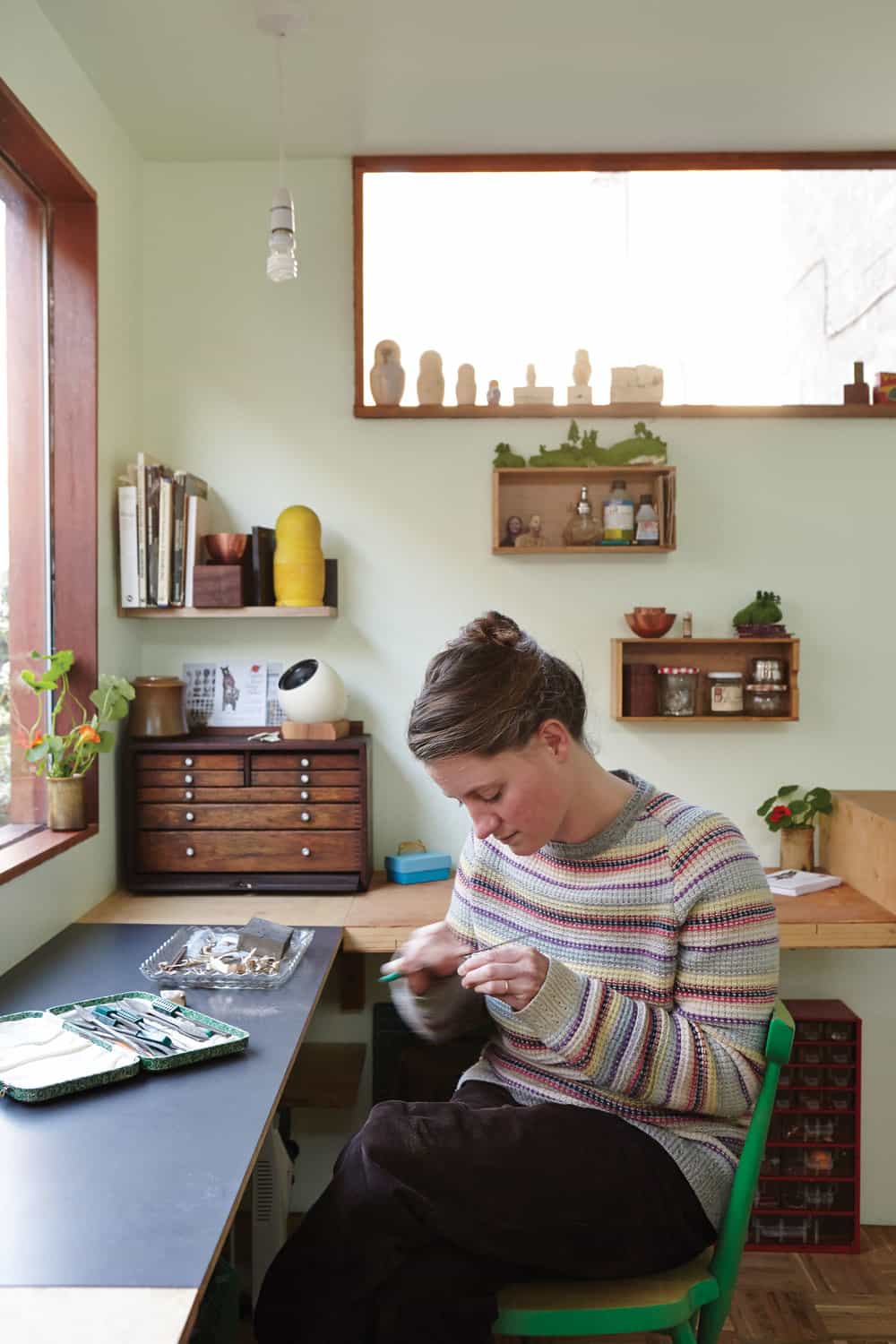 “Clapton is changing really fast – it’s quite close to the centre of London but not too expensive, so a lot of creative people are moving in,” Hannah says. “That said, we’re lucky to still have a lot of the original residents on our street – many of whom moved here in the 70s and haven’t left. Our neighbours are first- or second-generation immigrants, like ourselves, and many of them are Carribbean or Turkish, which means lots of amazing barbecues and wonderful spicy food smells in the summer. We love it.”

The couple felt fortunate in other ways too – namely that the house was still available and within their budget, due to its condition. “The previous owners had been in the house for 35 years without renovating – it was still full of shag pile,” Hannah says. “It was also filthy, as they’d smoked inside and had a huge dog.” 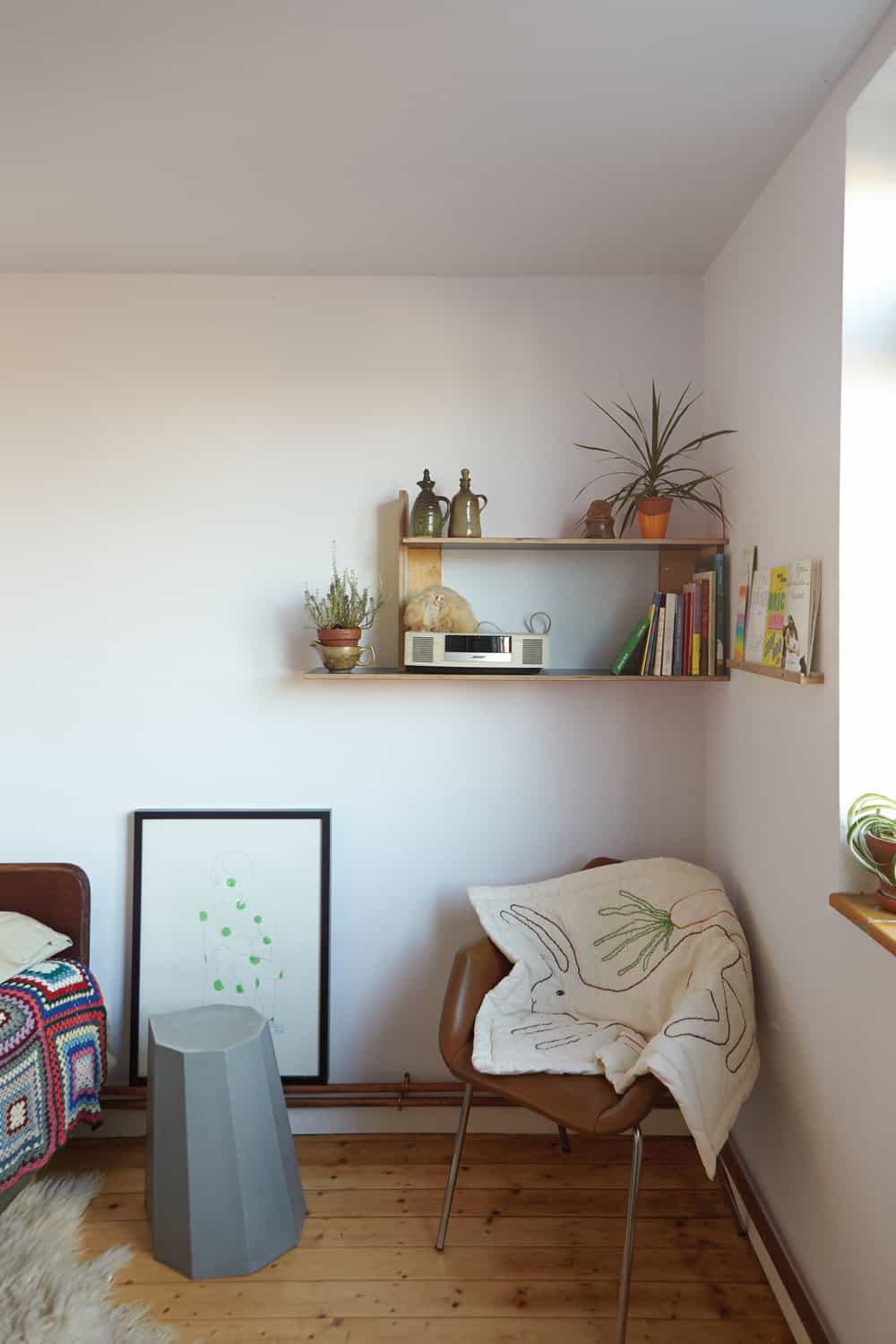 Still, this was exactly the type of property the couple were hunting for – one on which they could start from scratch and make their own mark. Spanning three floors, it was also a larger space than they had imagined being able to afford.

Being self-employed, Hannah and Christian did the majority of the fit-out themselves – even the wiring and plumbing work. It was a massive undertaking over a whole year, although they were helped along the way by their creative friends and family. After gutting it completely, they changed the layout of rooms to open the space out, laid parquet floors, tiled, designed and constructed built-in furniture and storage solutions, established a community herb garden, added a jewellery studio in the yard where Hannah can also teach, and even planted olive trees. 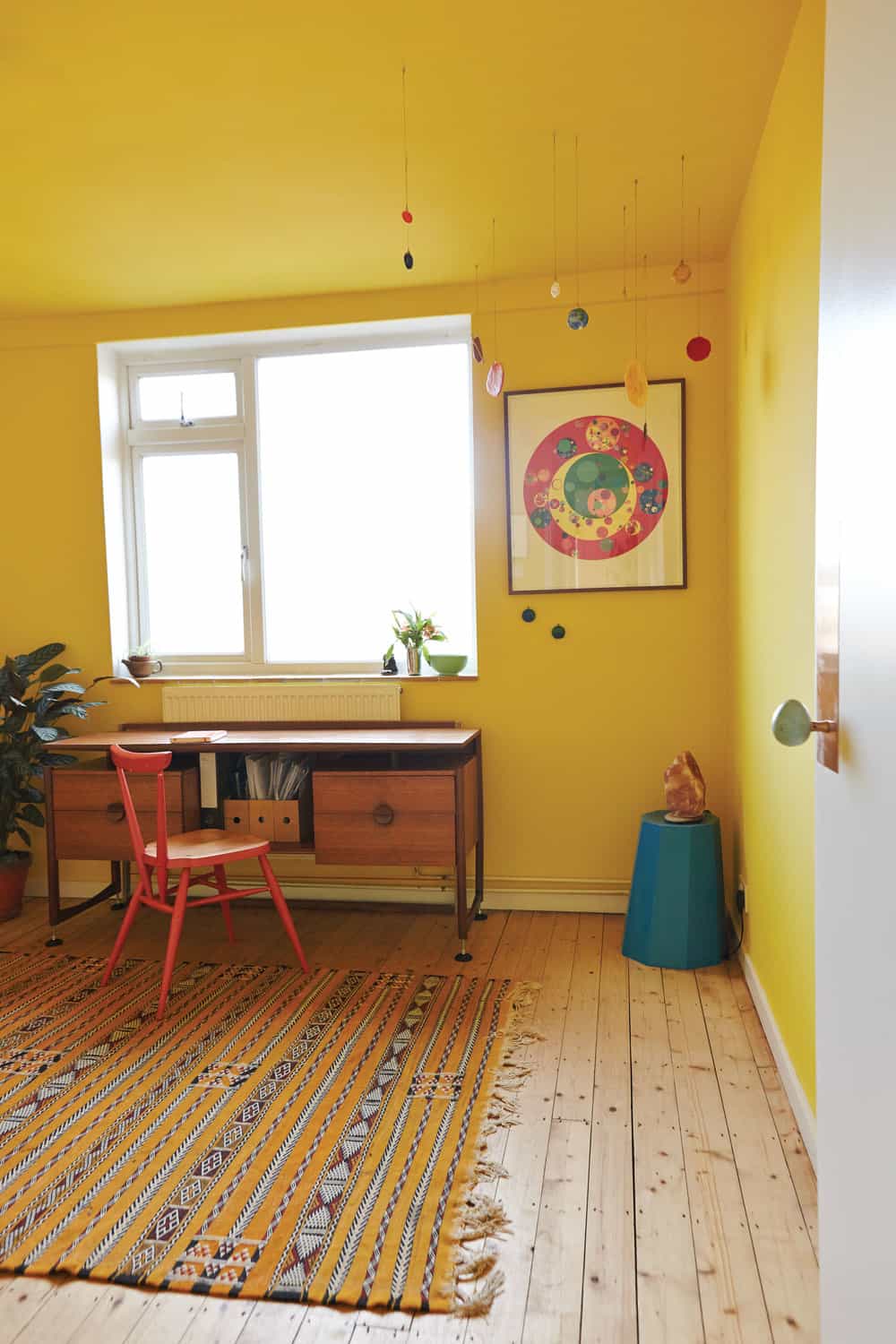 The end result is a one-of-a-kind house, full of whimsy and fun, which wholly reflects the creative and well-travelled people who live in it. “One thing I always promised myself when it came time to create a home was that I would try to look at the project with the eyes of an eight year old,” Christian says. “So we tried to use standard materials in unusual ways to keep the project within budget but also fun. There is lots of plywood, Formica and bright colours.”

Hannah has made her own creative contributions. The extraordinary attention to detail used in her work is mirrored in the home’s interior. She has turned ceramic eggs made by her mother into a series of door knobs and created towel hooks which feature similar creatures to the ones seen in her rings. There are also vibrant textiles and hand-sewn bedspreads adorning the sofas, floors and beds, sourced from around the world, and stunning tiles from Morocco which are the main feature of the exotic bathroom. 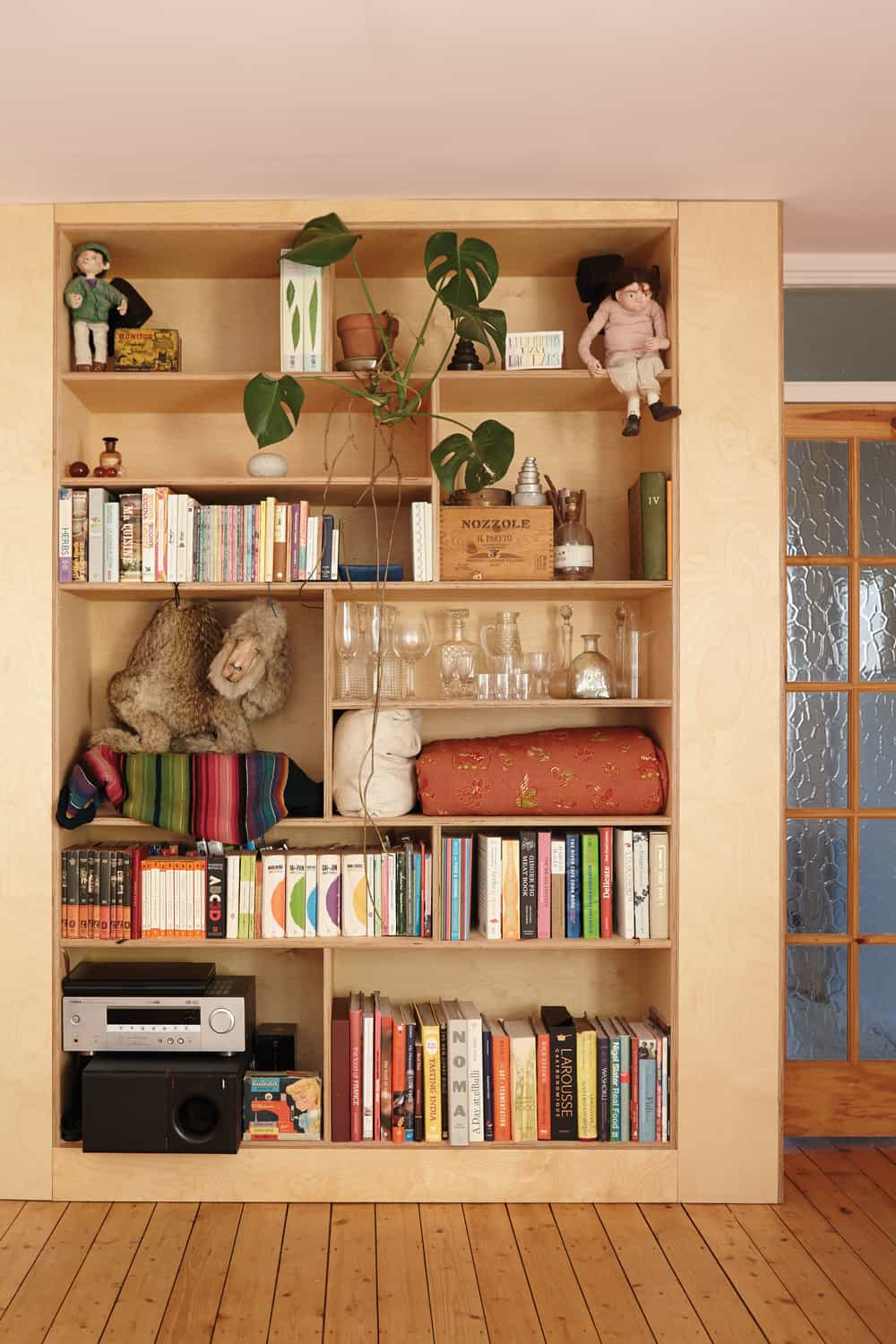 Although the space is a visual feast of fine details, objects, textures and colours, the magic of the place is that is also feels uncluttered, fresh and cohesive. Plants are dotted throughout, and the generous use of wood creates a grounding quality.

With the living room on the first floor, the ground-floor kitchen is where everyone tends to hang out. Favoured food-related activities range from fermenting kimchi to distilling sloe gin from berries collected in the nearby Hackney Marsh. Hannah forages in the area for the ingredients to make jams, cider, nettle kombucha and dried mushrooms. They also founded and run Tavolone.com, a pop up dining club and catering company, and produce a guide to Bangladeshi cuisine around Brick Lane. Not surprisingly then, the kitchen was a crucial space to get right. 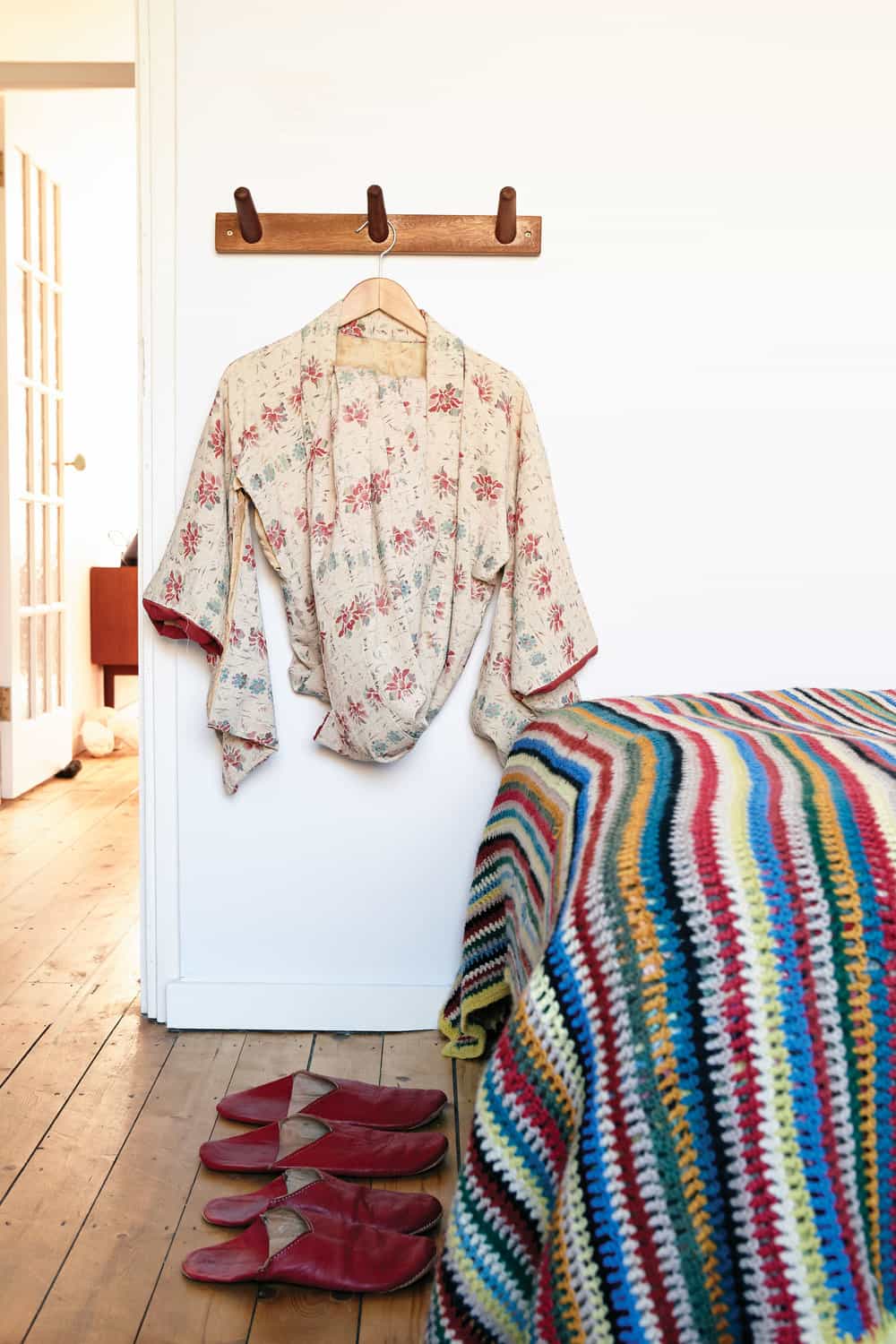 “It had to be highly functional because we often have dinners for more than 15 people, or prep for Tavolone here,” says Hannah. “We spent a lot of time planning and playing with solutions.”

Hannah’s brother-in-law, the talented furniture designer Martino Gamper, designed one of those solutions – a tailor-made metal splashback from which they can hang knives, pans, pots and other kitchen equipment. Martino also helped them decide on the layout, cupboards and colour schemes alongside their other designer friends, Lars Frideen and Tiago Almeida. “We ended up with a contemporary kitchen with modernist Scandinavian references, and a bit of Mondrian thrown in,” says Hannah. 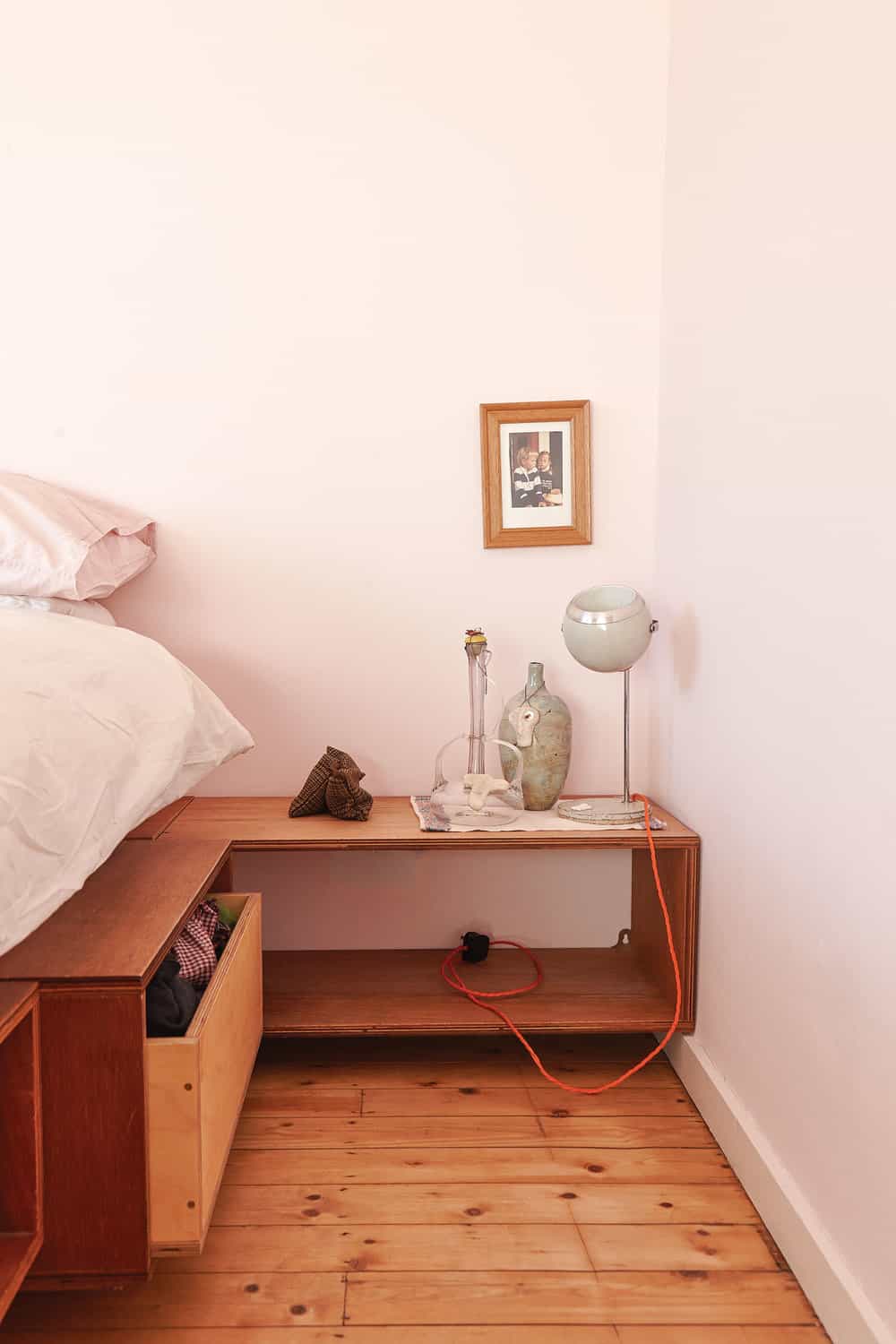 Today life inside the house is more reminiscent of life in sleepier parts of Europe – or even New Zealand. Returning back here each summer, Christian and Hannah spend time on several Canterbury farms, where they get their fix of agricultural pursuits such as preparing sheepskins.

This alignment with nature, craft and a desire for comfort is reflected in a house filled with warmth. Their home provides a bespoke creative HQ for their many interests, and a snug retreat from the urban clutter and daily grind – no mean feat in a heaving mega-city. 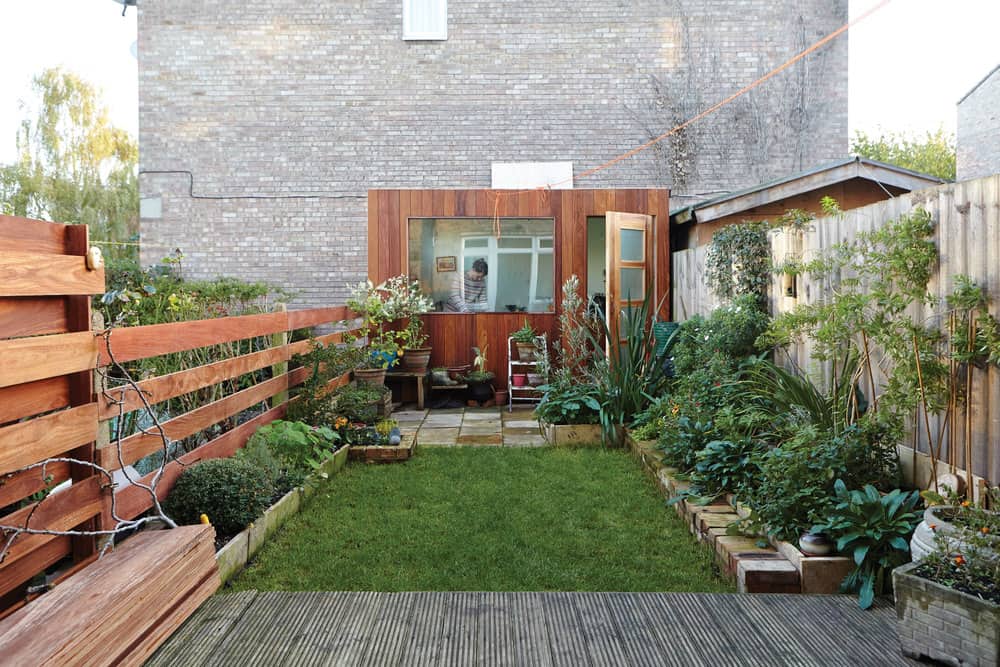 Thinking about doing a dark kitchen? The inky wall