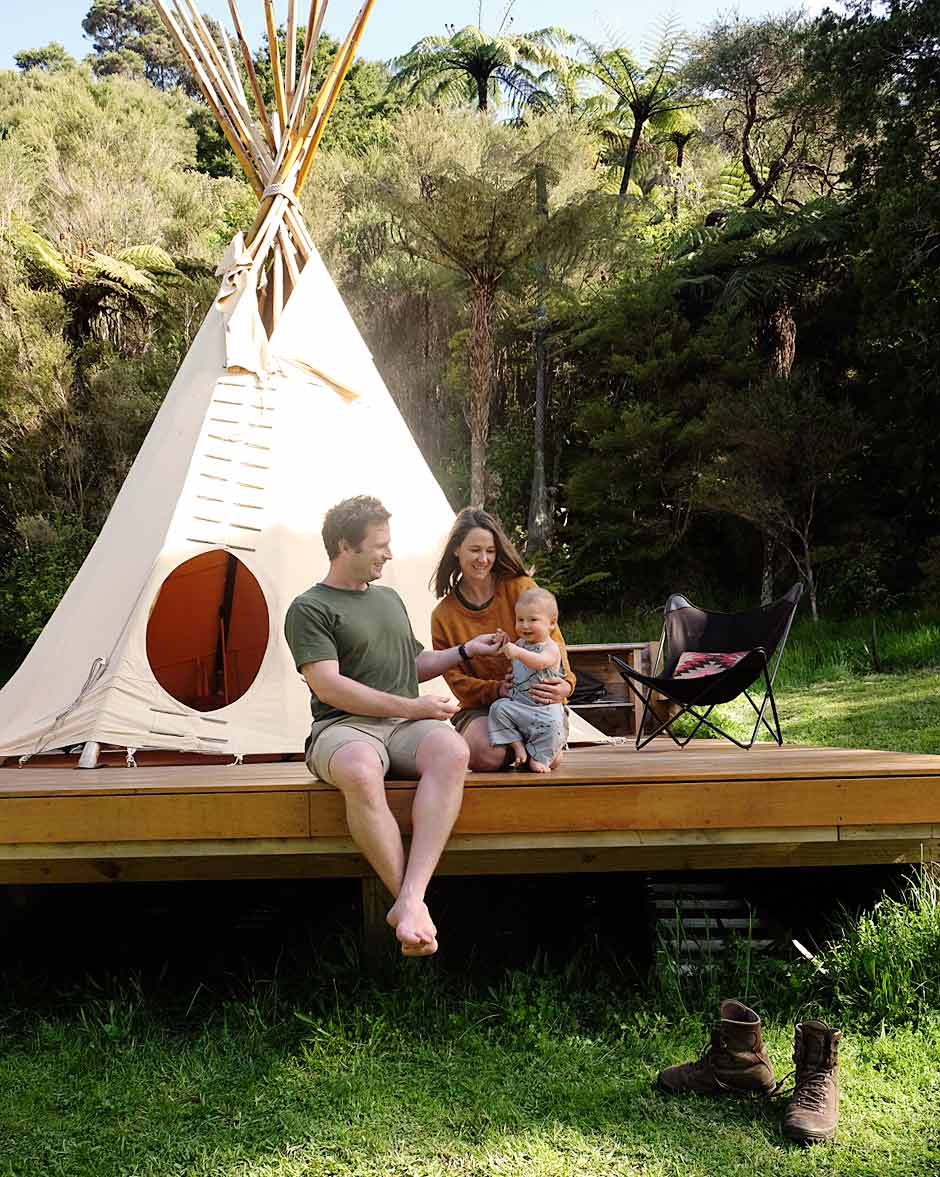 Doctor Sophie Lines plants a tree every time she visits her teepee in Whangaripo Valley near Matakana.

My husband Simon Owen and I had been living in Australia’s Northern Territory for four years; I was a GP in a remote Aboriginal community and he was flying helicopters in Kakadu National Park. In 2016, we moved back to New Zealand when Simon got a job working for the Auckland Westpac Rescue Helicopter Service.
One of the things we immediately loved about Auckland was its close proximity to some of the country’s best native bush and beaches. We quickly realised we were spending all our spare time out of the city, so began to search for a block of land where we could build a small house. After several weekends spent looking, we completely fell in love with this one. Our five-acre site is mostly covenanted regenerating bush and is teaming with birdlife.
Before becoming a helicopter pilot, Simon worked as a builder, so he made the platform for our teepee, which we bought for our wedding five years ago. We always imagined we’d use it as a temporary dwelling one day, and it’s been great having a semi-permanent structure to stay in with our son Hugo and family and friends while we prepare to build our new home. 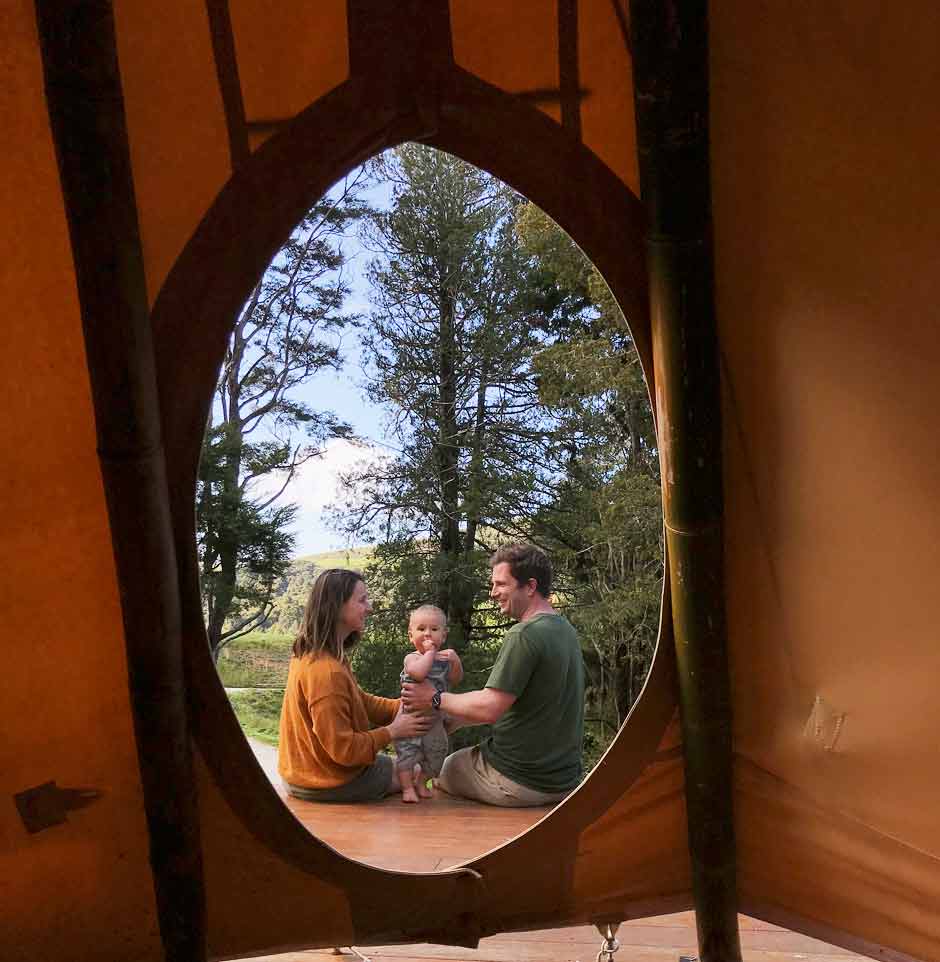 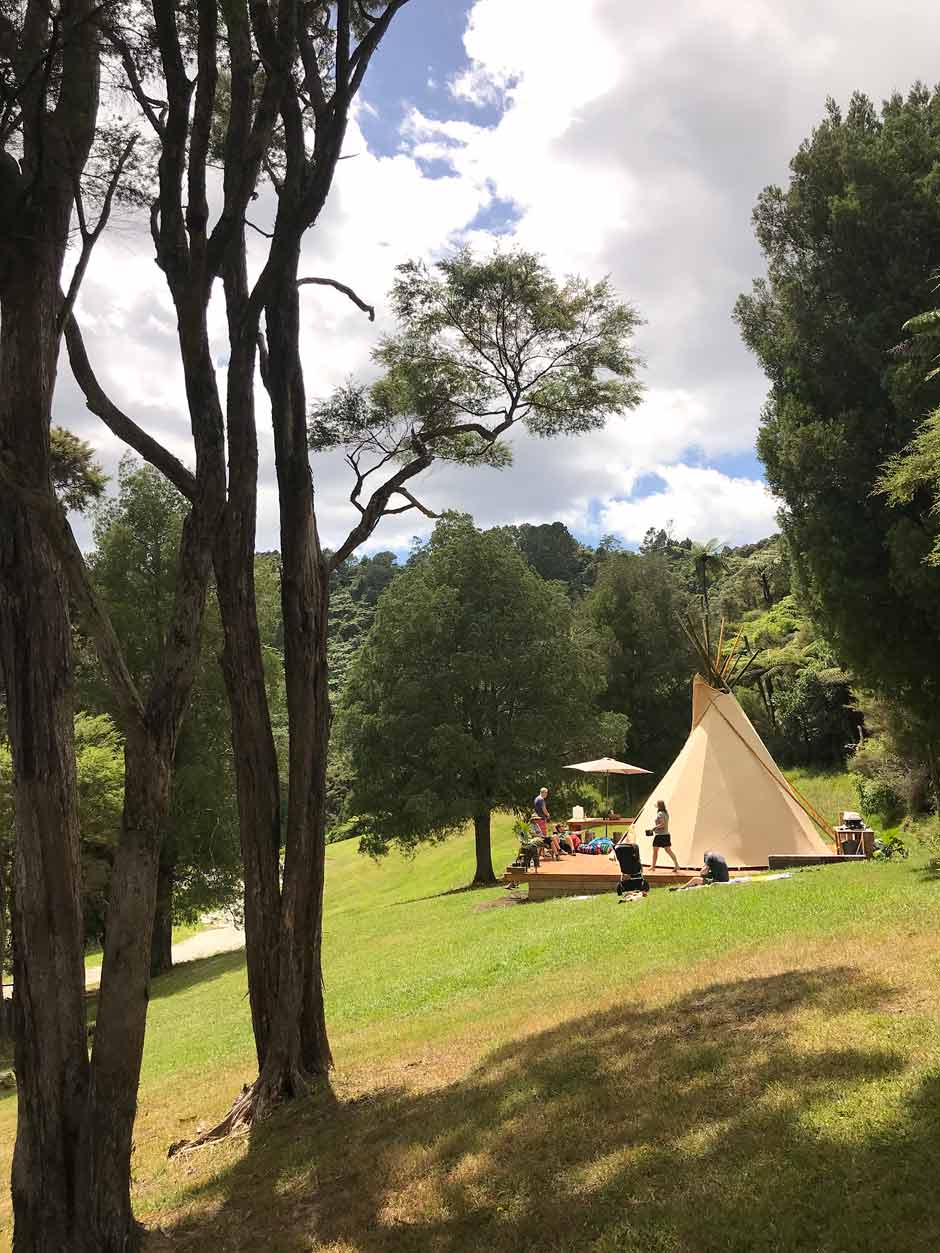 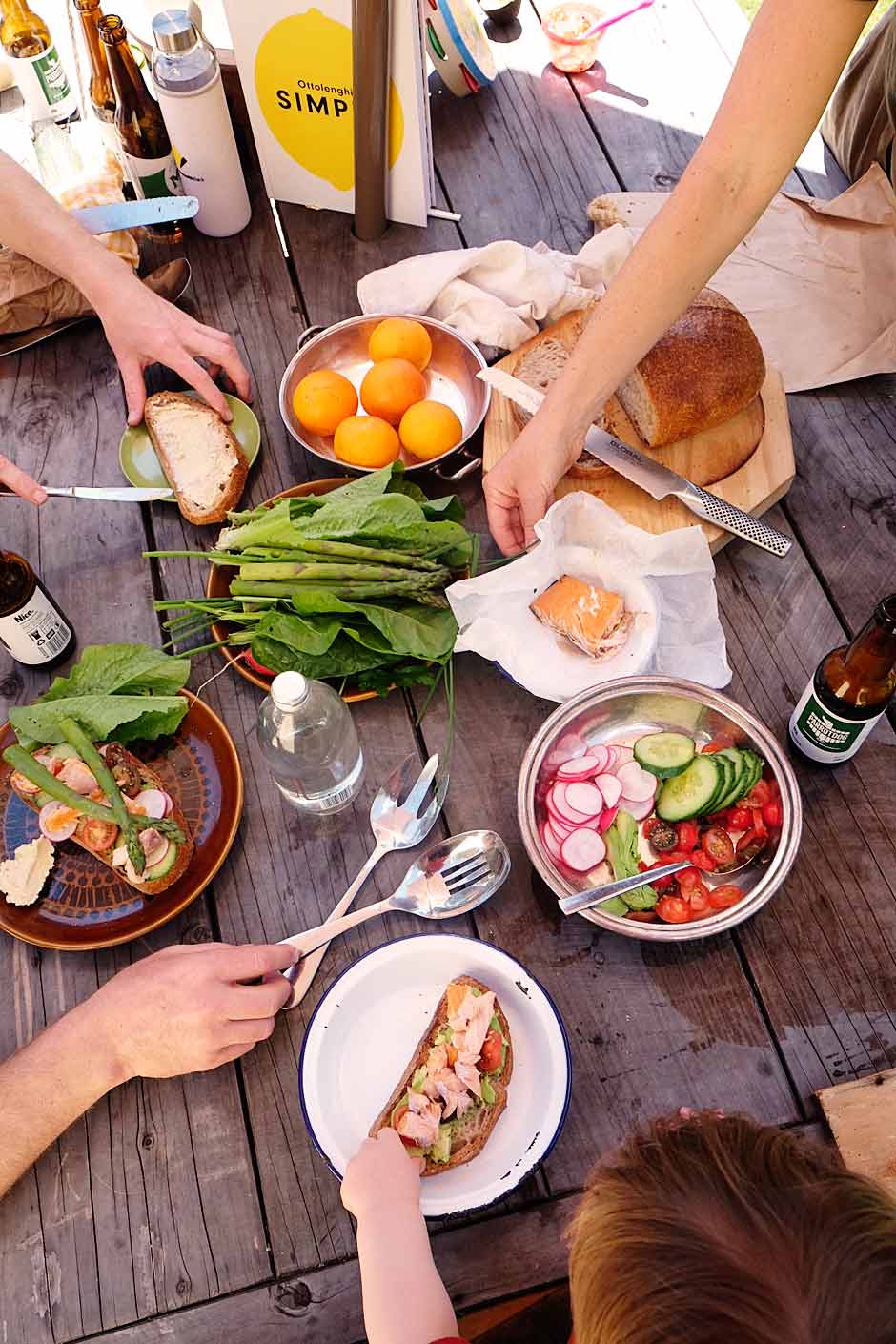