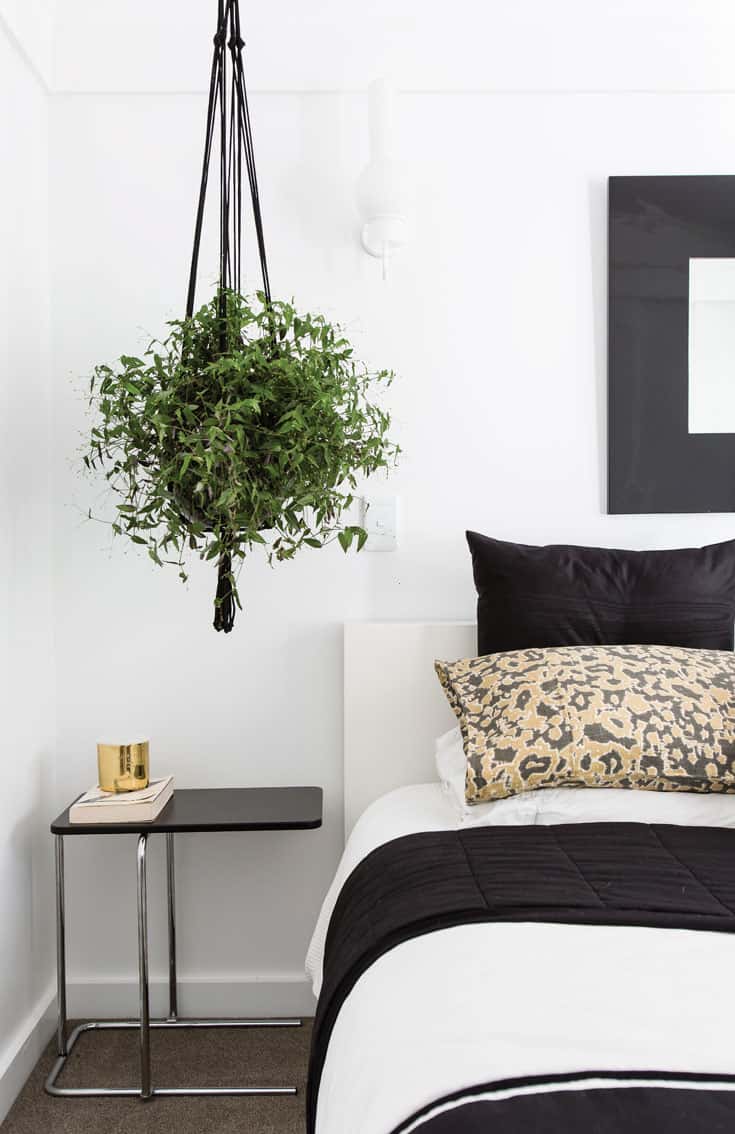 Blink and you´ll think you´re in the northern hemisphere – when you’re actually on Auckland´s North Shore.

InCelia Faris’ lounge looks like it could be a room in a designer hotel in Europe. Elegant free-standing lightshades flank a generously sized sofa that’s strewn with a plush reindeer throw and cushions in luxe fabrics. Three ‘Liaison’ chairs (two silver, one leopard print; all made to Celia’s instructions) complete the circle, creating an overall look that – quite frankly – has you hankering for a gin and tonic and wishing you were dressed like an extra from Mad Men. This is one heck of a glamorous room. But it’s not a hotel room, nor is it in Europe – it’s in a 1960s house in Northcote, on Auckland’s North Shore.

And unlike the fine hotels in Europe, this room wasn̓t created by a cast of thousands. Instead, Celia, a born-and-bred Otago girl, rolled up her sleeves and got stuck in herself, using skills she learnt in childhood.“Dad’s in construction and he used to find my sister and I painting jobs in the school holidays, spray-painting varsity flats,” she says. “It’s really paid off now. Spraying myself saves me a fortune – and you get a really good finish.”

Celia bought her house in November 2012 and immediately had buyer’s remorse. “Coming from living in Christchurch, I couldn’t believe what your money bought you up here. Hovels were going for $800,000! But I just had to relax and embrace it and just move forward.”

The house was pretty much in its original state, including a peppermint green exterior, lots of interior wood panelling, a cork and tile kitchen and that boxy, poky feel that homes from the 60s are notorious for. On the plus side, it was architecturally designed with a contemporary look, interesting angles and generous lines in windows that allow natural light to flood in.

Celia immediately set to work, busting down walls to open it up, spraying it white to lighten it up, and adding new carpet to freshen it up. She demolished the toilet and bathroom and replaced them with a much more modern offering, then morphed the huge original laundry into a laundry-slash-office – a sleek space with its gold and black wallpaper and beautiful ‘Louis’ chairs.