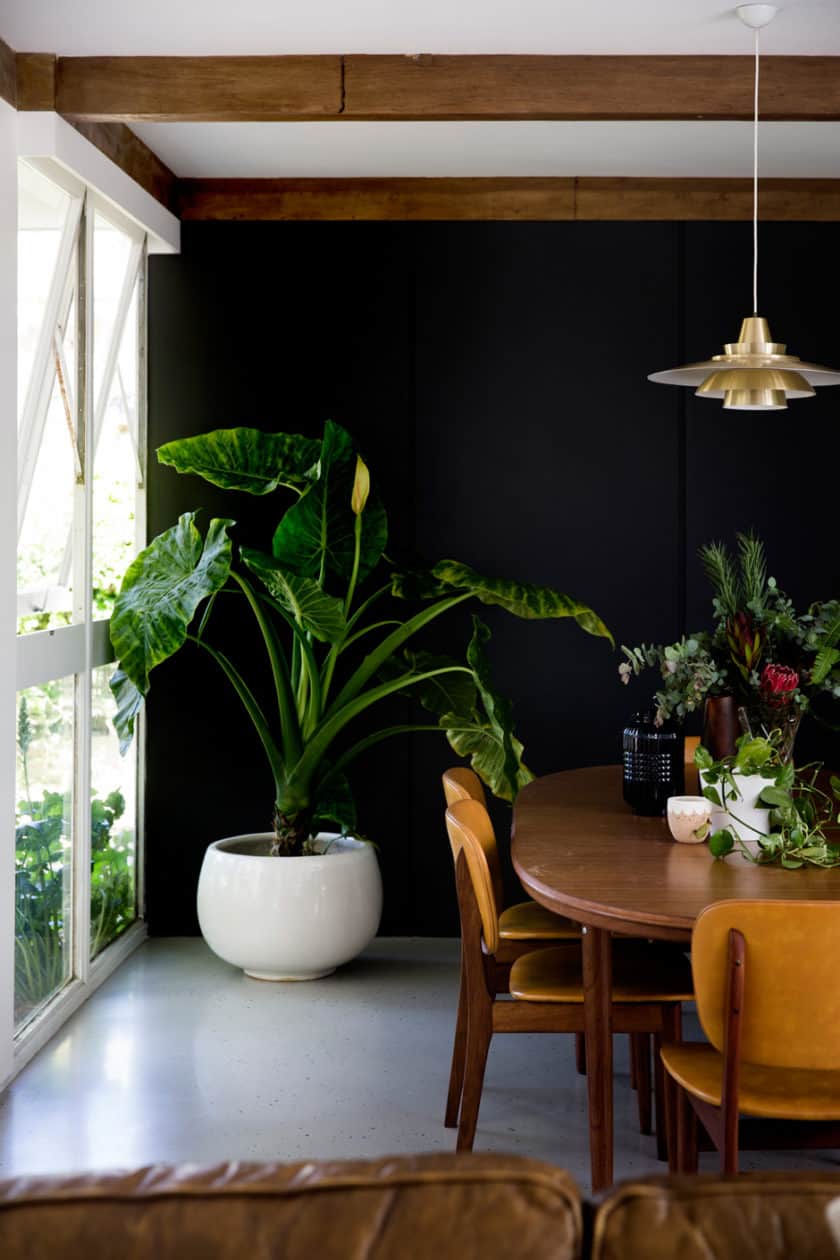 A mid-century Sydney home set around a leafy atrium gets a dose of chic TLC.

Danielle Nash and her husband Peter can relate to the saying “Good things come to those who wait”.
It took them 18 months to find their dream home, but they finally hit the jackpot with an untouched mid-century gem in Newport, on Sydney’s Northern Beaches. The couple instantly adored its abundance of light and the laid-back lifestyle the location had to offer their young family. 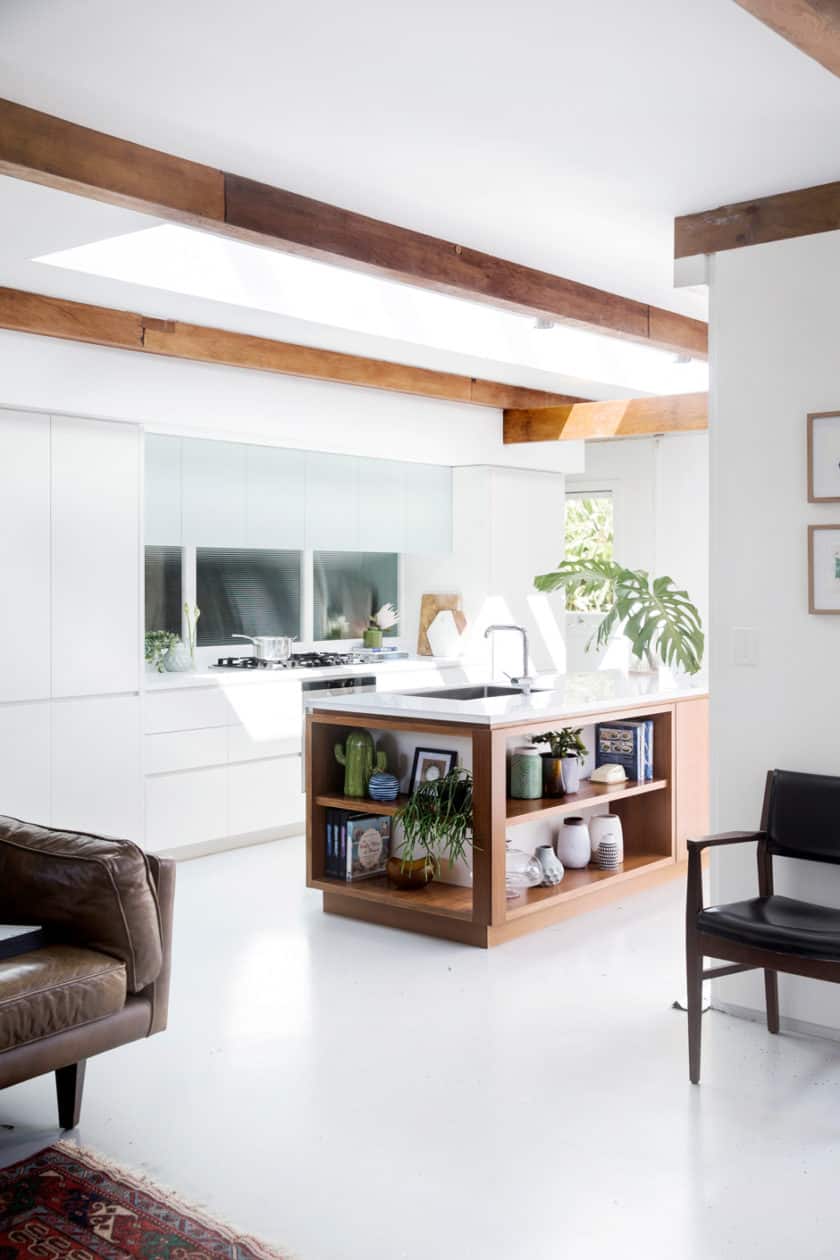 KITCHEN The ribbed glass in the repositioned kitchen draws light into the laundry behind it and is a highlight for Peter. “It’s our retro throwback and we love it,” he says. New flooring has been added throughout house. “The original concrete was ruined, so we settled on epoxy, which is usually used in garages,” says Peter. “We custom-designed the colour and Danielle painstakingly picked out black paint chips and threw them randomly on the ground to create a polished-concrete look. It’s been a great decision; it’s ridiculously easy to clean and is developing more and more character as it ages.”

Originally constructed in 1967, the home was inspired by the late American real-estate developer Joseph Eichler, whose distinctive, architecturally designed California homes were often arranged in a grid centred around an atrium. “The theory behind the Eichler design was that it allows sunlight to filter through the house, which then gets trapped in the grid layout, creating an environment of happiness and health – and it really does!” says Danielle. 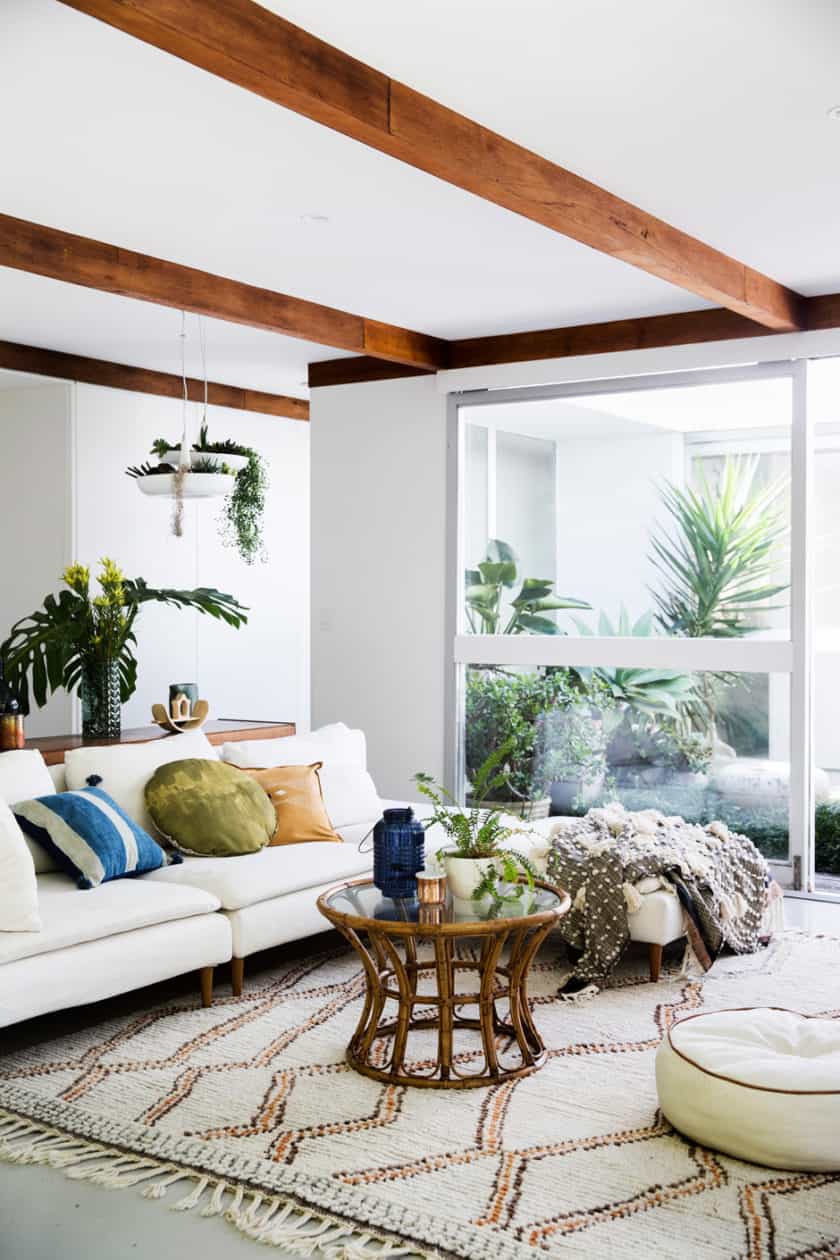 LIVING In keeping with the style of the home, Danielle bought custom-made vintage-look legs from an Etsy maker to go with the summer living room’s Ikea sofa. Cushions from Langdon Ltd, These Walls and Pony Rider add a bit of subtle colour. The striking rug in this space is by Loom, the coffee table was a fortuitous roadside find and the hanging planters are Babylon lights by Object/Interface, which are designed to be a plant-pot alternative.

When the couple bought the home in 2014, it was in good condition, but not entirely to their taste, so they wasted no time in beginning a renovation. To their surprise, when they raised the ceiling, they found untouched timber beams. Peter enlisted the help of friends to sand them back then stain them a rich walnut shade. Paired with new white ceilings and walls, the restored beauties create a grid effect of their own. 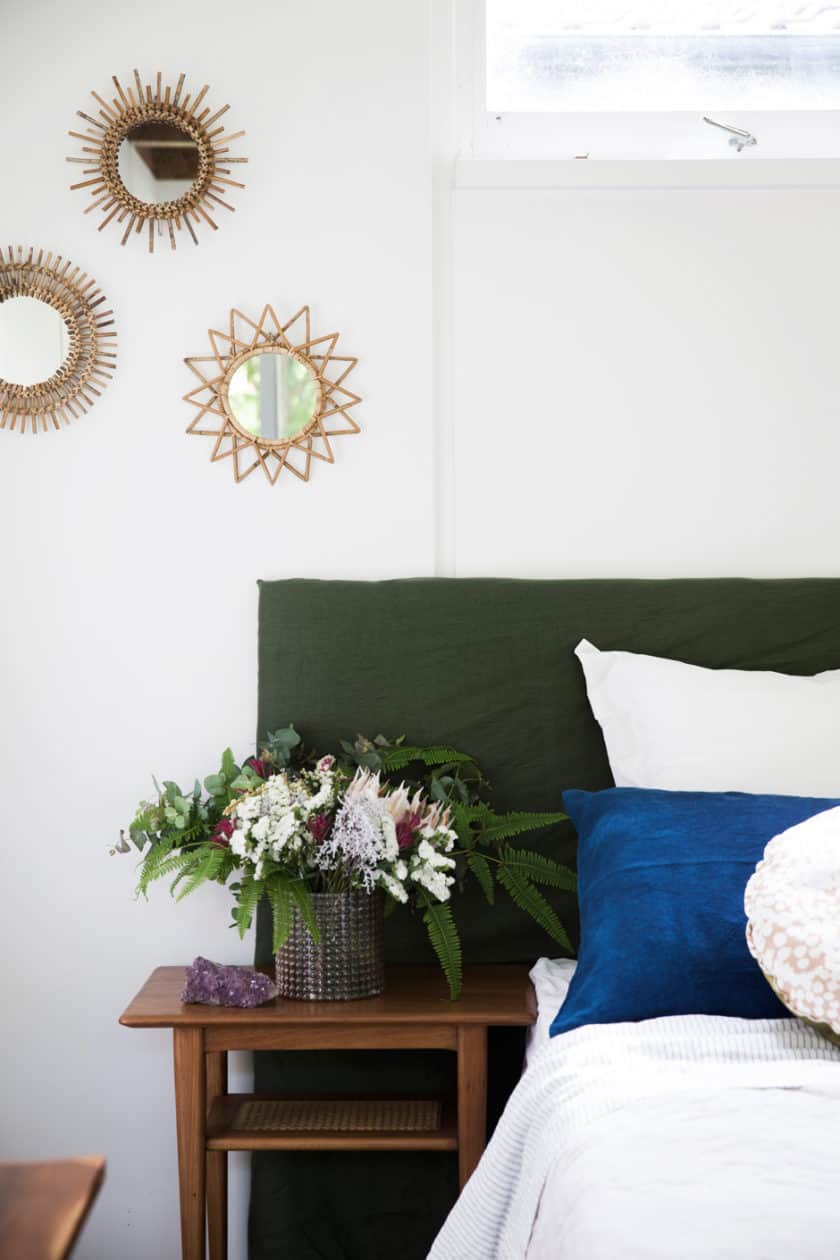 BEDROOM The mirrors on the wall in the main bedroom are from Urban Outfitters, but Danielle made the linen headboard herself. To recreate the look, take a sheet of plywood cut to size, wrap it in wadding, sew together a cover slip from linen fabric, then slide it over the timber before stitching it shut.

Once the renovation was complete and the family had settled in, Danielle used her skills as an event stylist to decorate with unique retro pieces. “We’re like magpies when it comes to used items,” she says. “We pick up bargains and roadside finds, then restore them.”
Danielle is also an artist and very aware of how colour makes spaces feel. In the kitchen she included hints of pale green Dulux White Box for its subtle warmth and the vintage vibe in brings to the contemporary space. Dulux Misty Moore appears in youngest daughter Delilah’s bedroom and in the laundry. “I love the gentle strength of this colour,” says Danielle. “It reminds me of eucalyptus.” At their architect’s suggestion, she and Peter painted the dining room’s rear wall black, and they couldn’t be happier with the decision, as it makes a fantastic backdrop for their vintage pendant light and mid-century dining suite. 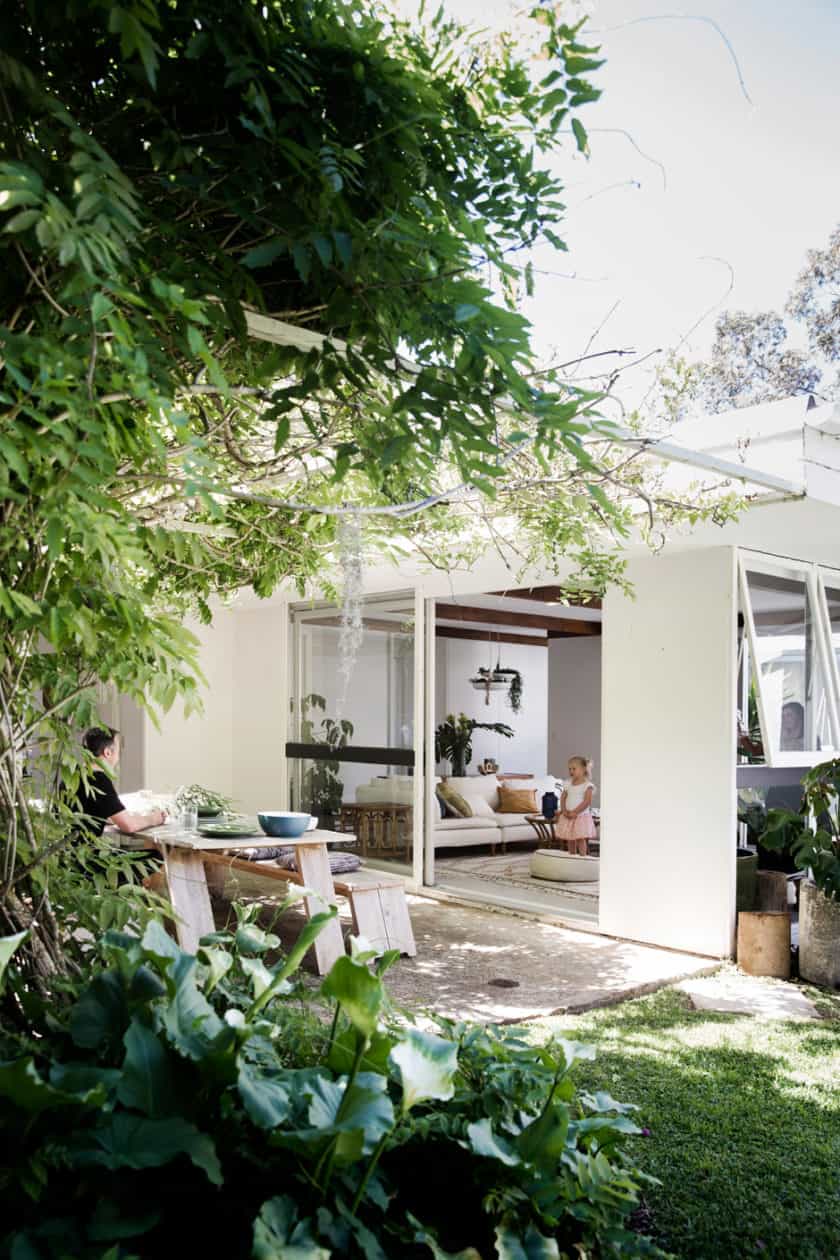 EXTERIOR The terrace outside the summer living room is a lovely spot in which to enjoy some quiet time al fresco. It also doubles as party central when friends and neighbours stop by.

The home’s design allows for both summer and winter living rooms. The summer room has become the family’s favourite as it opens onto the backyard, where the children can play while Danielle and Peter host afternoon barbecues for friends. Says Danielle: “When we bought it, the neighbours told us it used to be a big party house, so we feel we owe it to the house to keep the good times alive!”