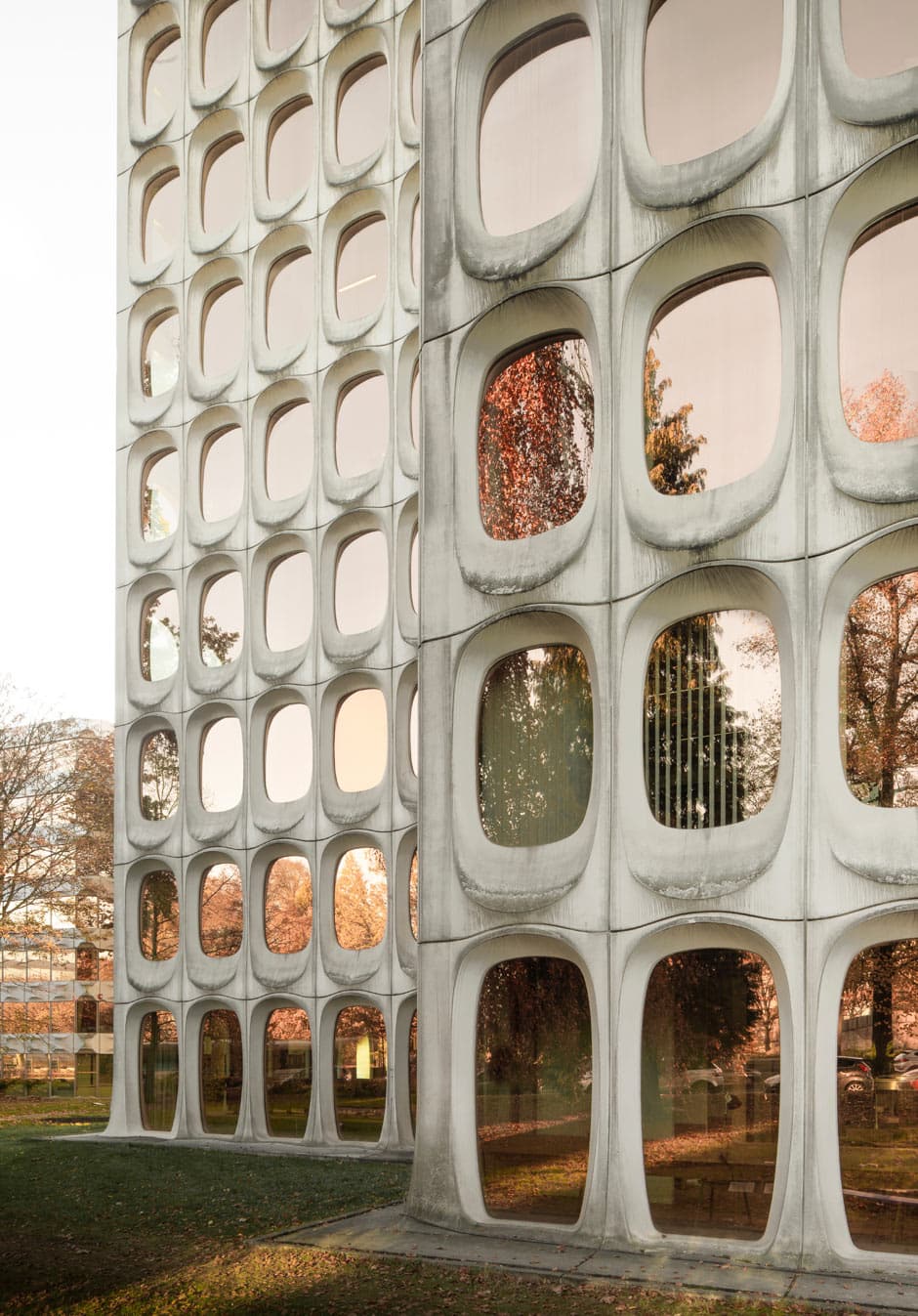 Well, now and then. This modernist marvel has been reimagined as today’s answer to the good old-fashioned office.

“The office as you know it is dead,” proclaim Belgium’s Fosbury & Sons, and we certainly agree that their super-cool co-working spaces put the average cubicle-filled scene to shame. The company is all about doing away with the outdated one-size-fits-all way of working, and instead offers more modern set-ups where people can get down to business any way they want. And they’re not only catering to footloose freelancers either — with delocalised and travelling teams in any number of industries, digital nomads flock in all shapes and forms. 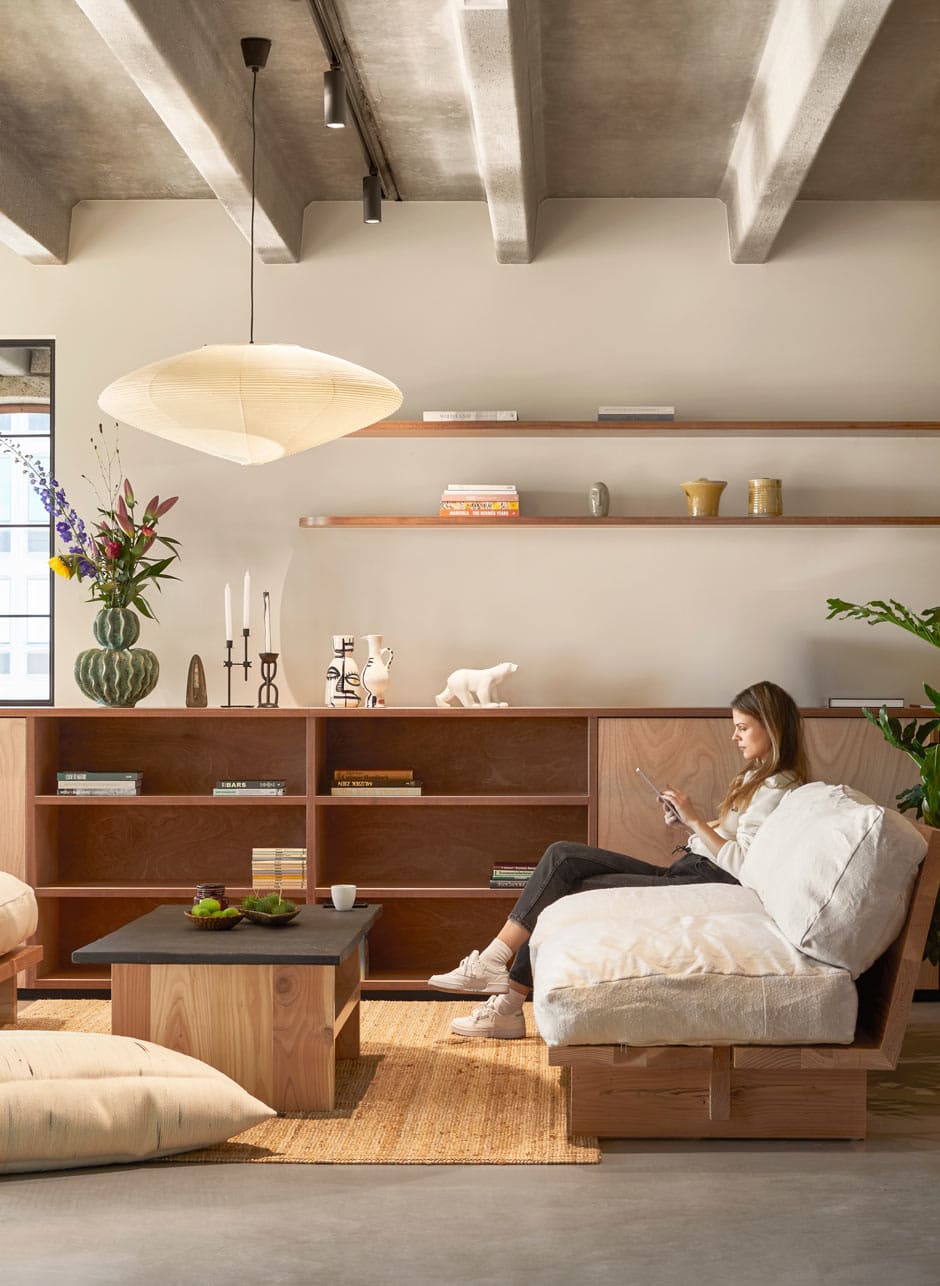 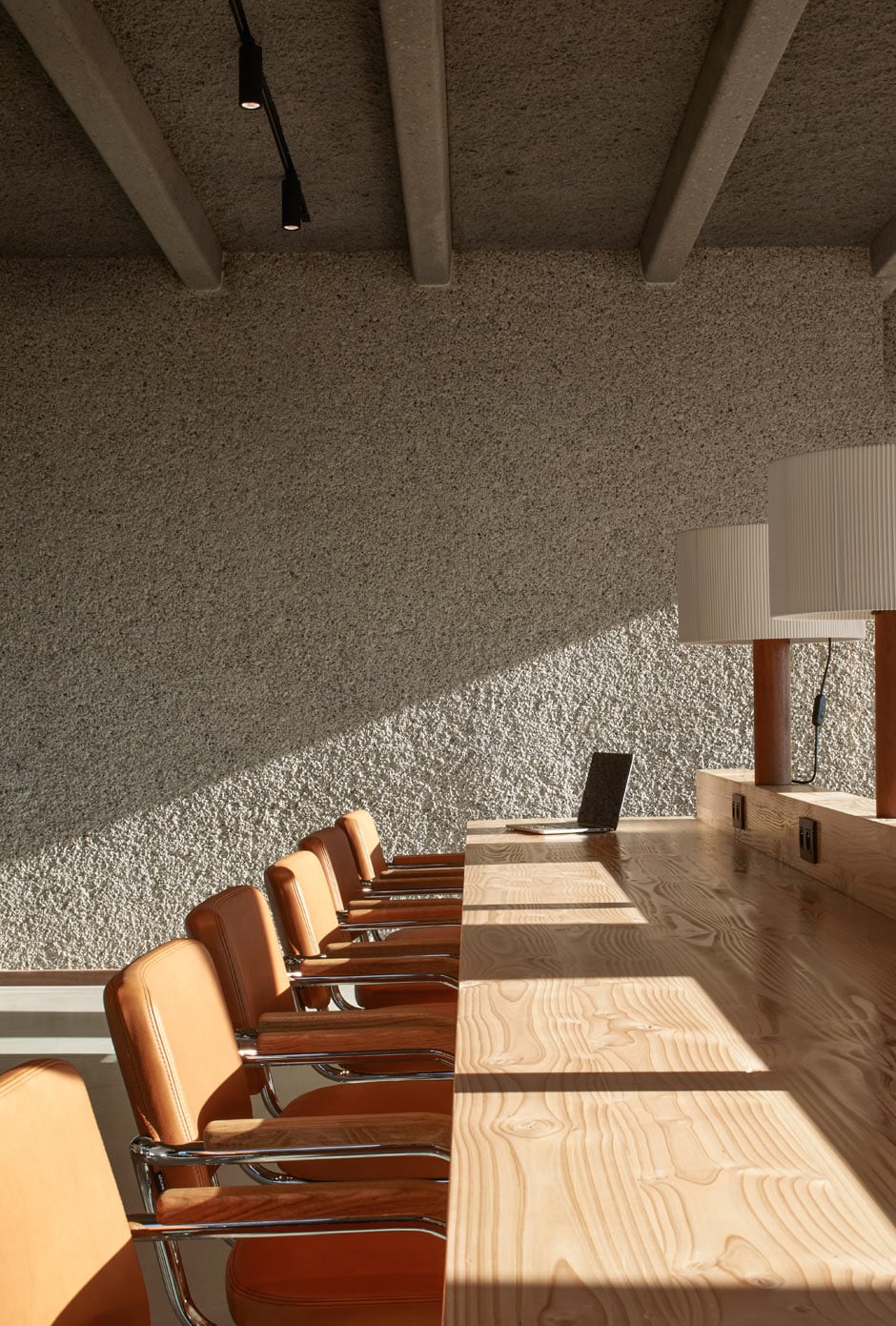 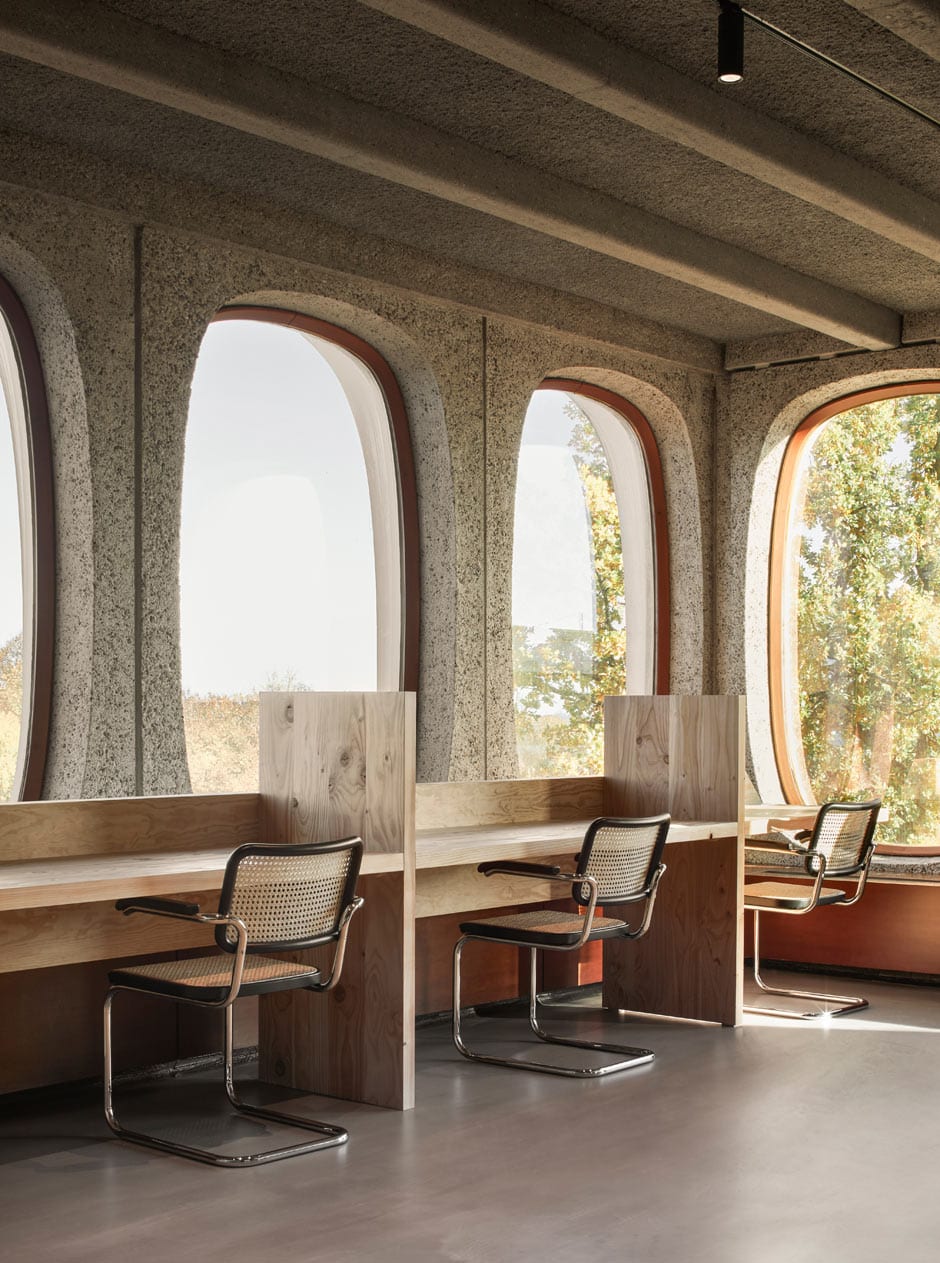 ABOVE The sculptural forms of Constantin’s unusual office building began a whole new wave of Belgian architecture and saw him included in the Transformations in Modern Architecture 1960-1980 exposition at New York’s Museum of Modern Art — the only Belgian architect featured. Today, the refurbished Boitsfort’s massive 7000m2 can host up to 600 people and 250 companies across its seven storeys, with three more levels available for parking and storage. As well as shared and private offices, common areas and meeting rooms, it has spaces for events and lectures, an auditorium, a small club, and a bar and restaurant with panoramic views of the nearby Sonian Forest. The exposed concrete walls of the interior are complemented by a customised material palette that includes black steel framing, parquet flooring, potted greenery, warm timber tables, and leather and rattan seating.

The newest property added to Fosbury & Sons’ portfolio is this modernist beauty in Brussels by post-war architect Constantin Brodzki. Constructed over three years from 1967 to serve as the HQ of a cement company, the monolithic structure was so well-considered that few updates to the interior architecture were required — pretty much just a sensitive refurbishment of the original elements by architects Going East and a bit of a tech upgrade. Outside, the building’s exterior comprises 756 convex oval modules that form banks of egg-shaped windows, creating a futuristic vibe well-suited to this forward-thinking concept.
fosburyandsons.com