One of the family 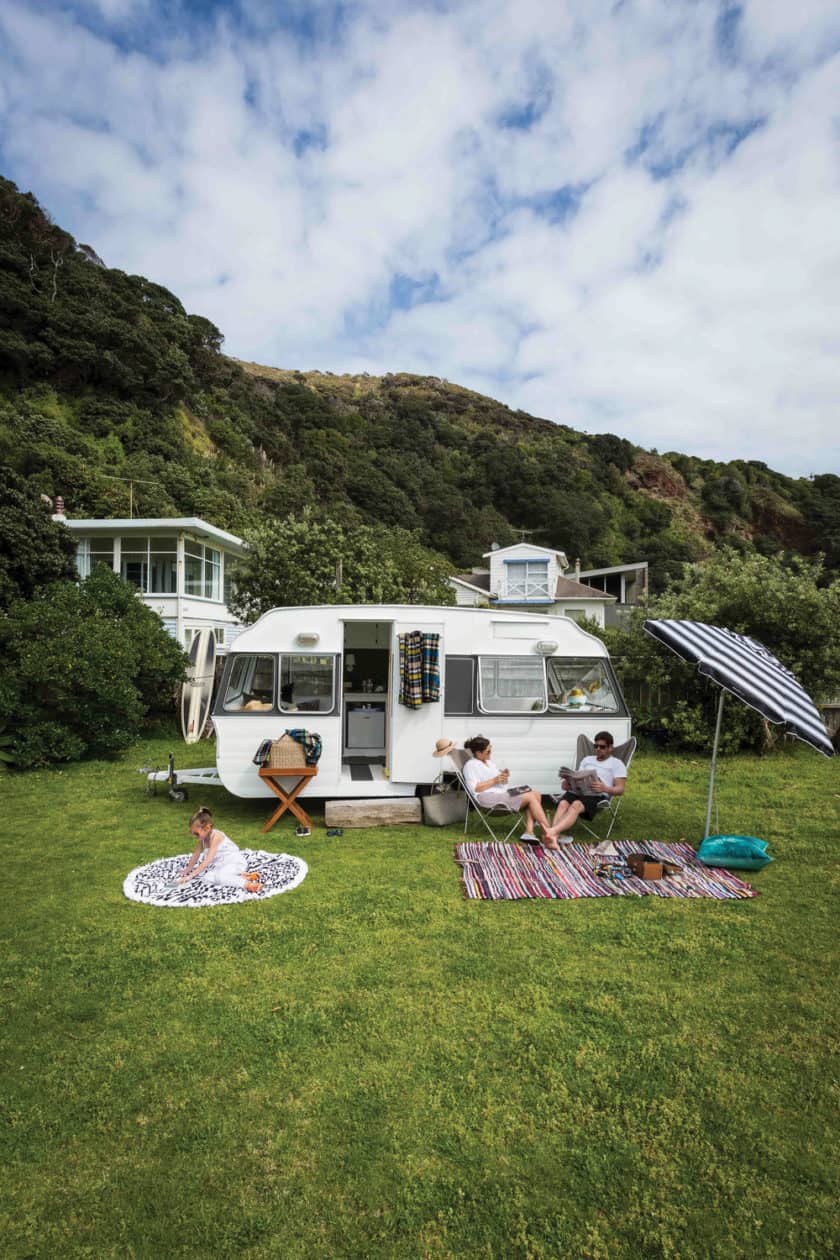 The Wards welcome Penelope, an Anglo Capri caravan, into their fold.

Janice and Julian Ward have two children,  Stella (6) and Ted (4) – and now there’s a new addition to the family. Formally known as Sandy, Penelope is a 1972 Anglo Capri caravan. She joined the Wards via a TradeMe Buy Now whim last year, one that was sparked out of fear the caravan they were already restoring wasn’t going to be ready for their already-booked-and-paid-for camping trip.

It was a valid fear. “We realised finishing our Tannercraft was a job that was going to be long and complicated,” Janice says. “That, coupled with an aversion to tents, lead us to the conclusion that we needed something sound and road-worthy – ASAP.”

Which all sounds like they packed Penelope up and headed off into the summer sunset. Uh, no. “We pretty much removed everything inside,” Janice says. “Then we added new squabs, upholstery, roller blinds and repainted it all.”

At least they were well-equipped for the job. Janice is an interior architect and designer with Macintosh Harris Design and Julian works as a cabinetmaker for his family business, Ward Manufacturing. The couple worked together, but Julian did all the grunt work; replacing the benchtops, reinstating the original pull-out table and adding much-needed storage. “He made it all look easy,” Janice says.

Which means it got done in time for that booked-in holiday last year – and then some. “Last summer alone, we did the beaches of the Coromandel and many trips to Piha.”

Said trips to Piha are going to be Penelope’s long-term purpose in life. She is expanding the extended Ward family’s accommodation options at Julian’s father’s bach at the West Coast beach. “The entire Ward family gathers here annually, so it’s nice to have our own little space.”

Sounds like Penelope is the harbinger of fun times all round. “She also serves as extra accommodation for the small cottage we call home, when friends come for long lunches, early dinners – and unplanned dancing.”