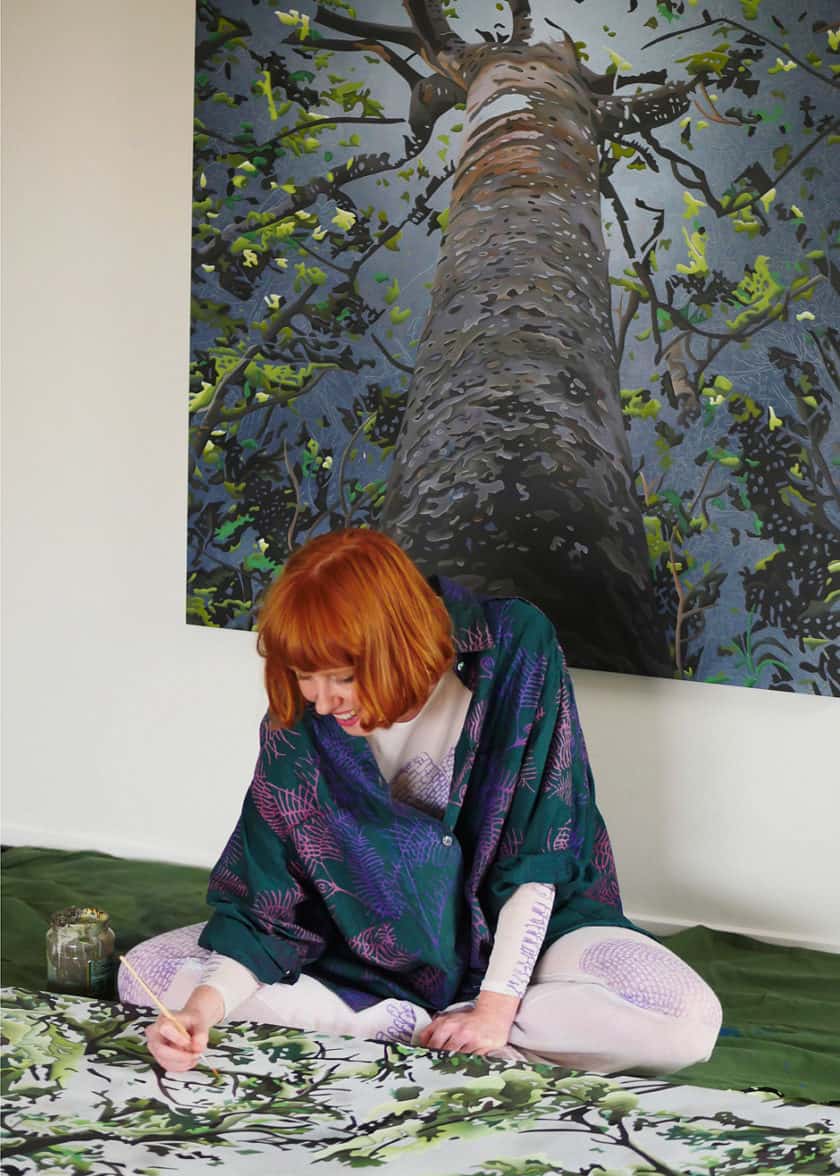 Nature’s amazing and deserves our respect, says painter Paris Kirby – and don’t you forget it.

She may have won a scholarship to study fashion at Whitecliffe College of Arts & Design, but despite her love of the sartorial, Paris Kirby found herself drawn more to the school’s fine art department. Cut to today and with a Bachelor of Fine Arts under her belt, she’s in her Birkenhead studio on Auckland’s North Shore preparing for a solo show at Sanderson Contemporary gallery in August.
With the support of another scholarship, this time from AMP, she’s working full-time on a series called Sanctuary, which investigates her relationship with nature. “The natural world is a source of so much inspiration,” says Paris. “I think society has become disconnected from this idea, and Sanctuary is my way of exploring a reconnection.” 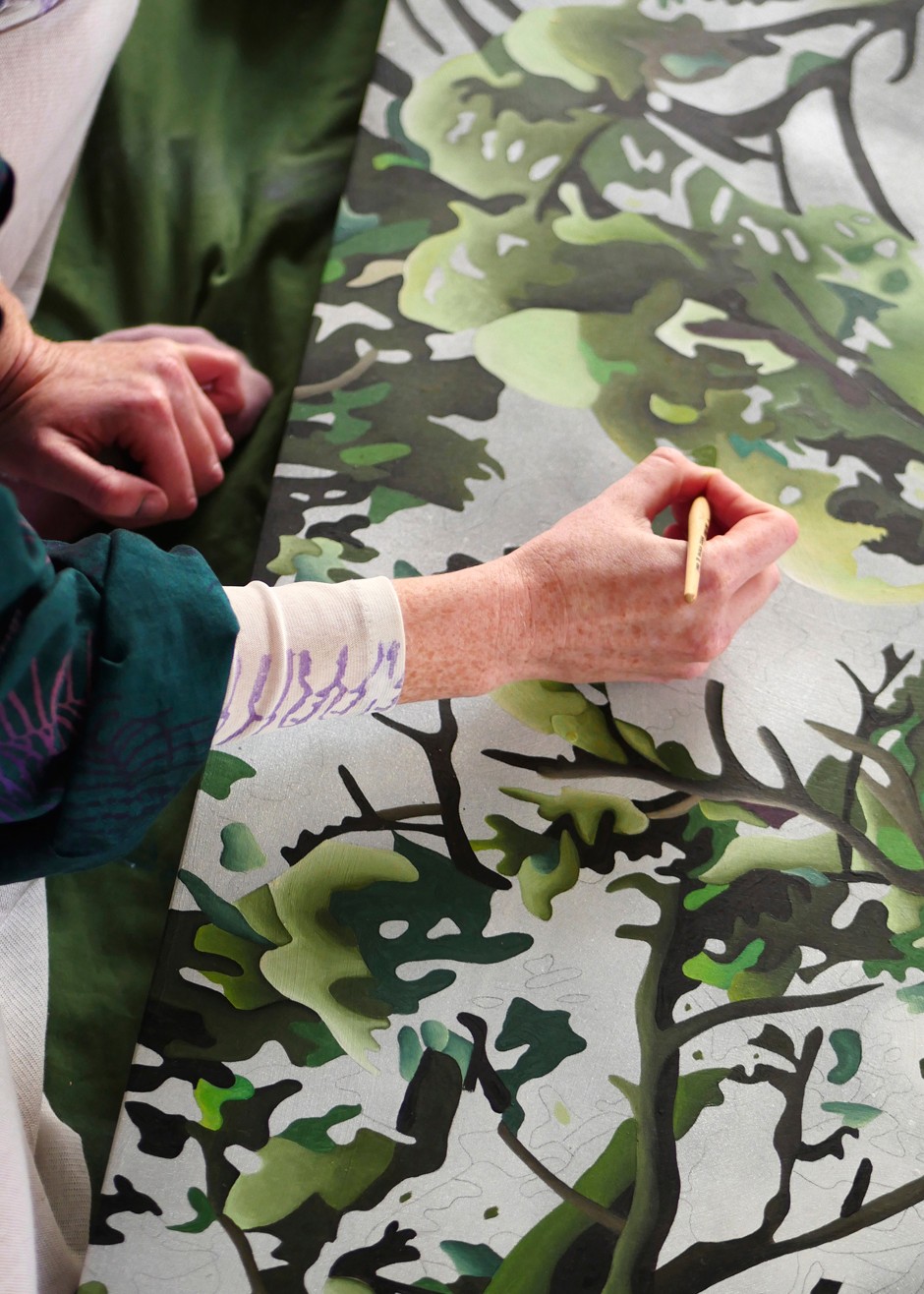 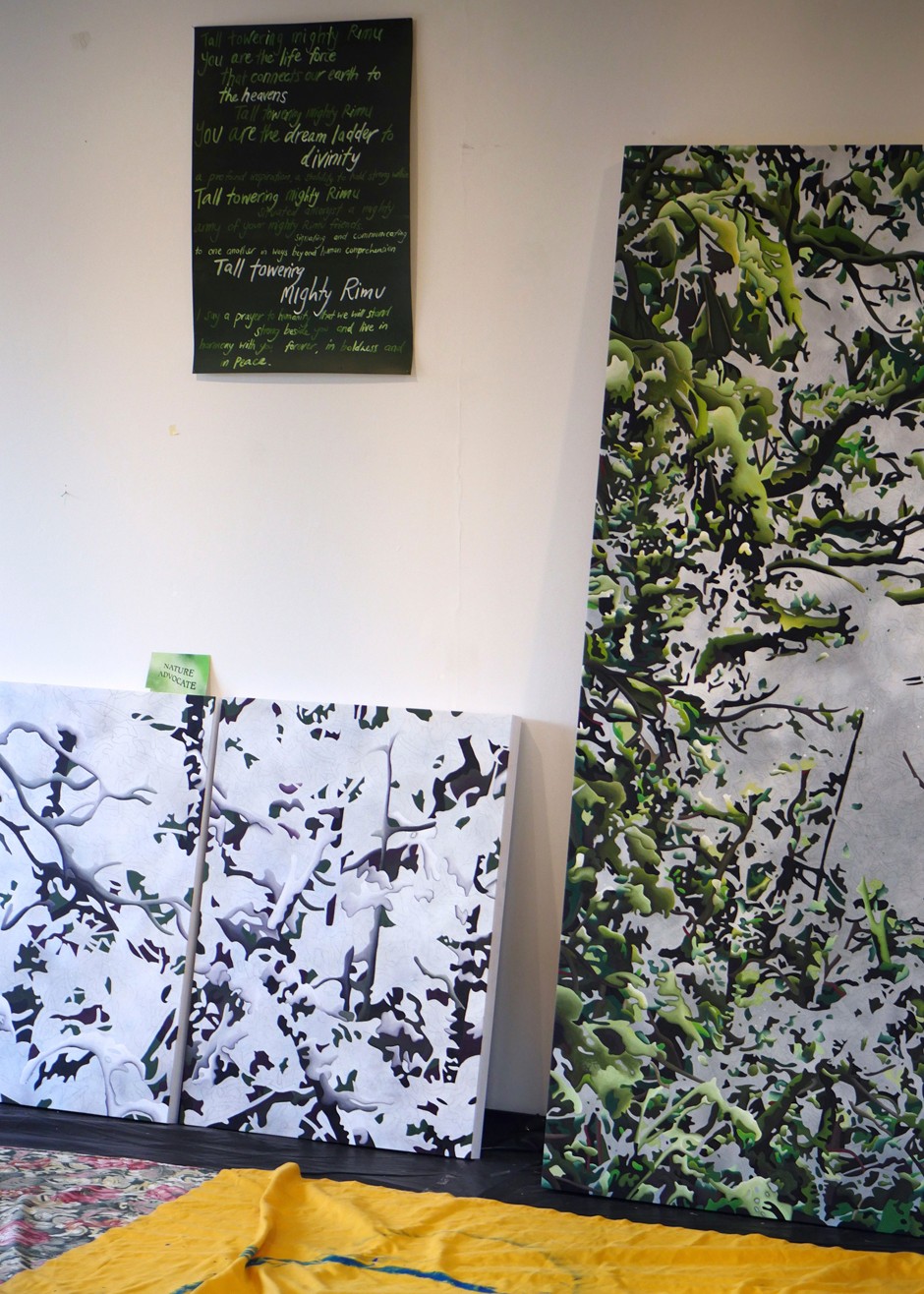 TOP & ABOVE Paris Kirby at work on her Sanctuary series; behind her is I Find Sanctuary in My Mother’s Arms. The paintings hint at the camouflage print commonly associated with the military and, of course, fashion. There’s also the sense of a digital filter being applied to her meditations. “These days we often experience the naturalworld through hyper-realised imagery on screens, rather than in real life,” she says. “This alters our view on the world, allowing it to become distorted and unrealistic, and I wanted to challenge that.”

Paris has long had an artistic affinity with the natural world. “I spent a lot of time in the bush as a child. My dad’s a photographer and often took me out to take pictures. I guess I’ve always been exposed to the framing of the landscape through seeing the way he responds to the environment with his lens.”
Her studio is warm, dotted with pots of paint in every imaginable shade of green and with the scent of burning sage in the air. “I’m mindful of creating a vibrant and stimulating yet peaceful energy in my space that transfuses into the work,” she says.
Not long after her recent move here, Paris discovered a 400-year-old kauri five minutes from her studio door. Her experience of the tree as “an enclosed cocoon, with its arms reaching outwards and around” inspired her painting I Find Sanctuary in My Mother’s Arms. “I’m often asked why I don’t paint landscapes in landscape format,” says Paris, “and I answer, ‘Because they’re portraits.’” 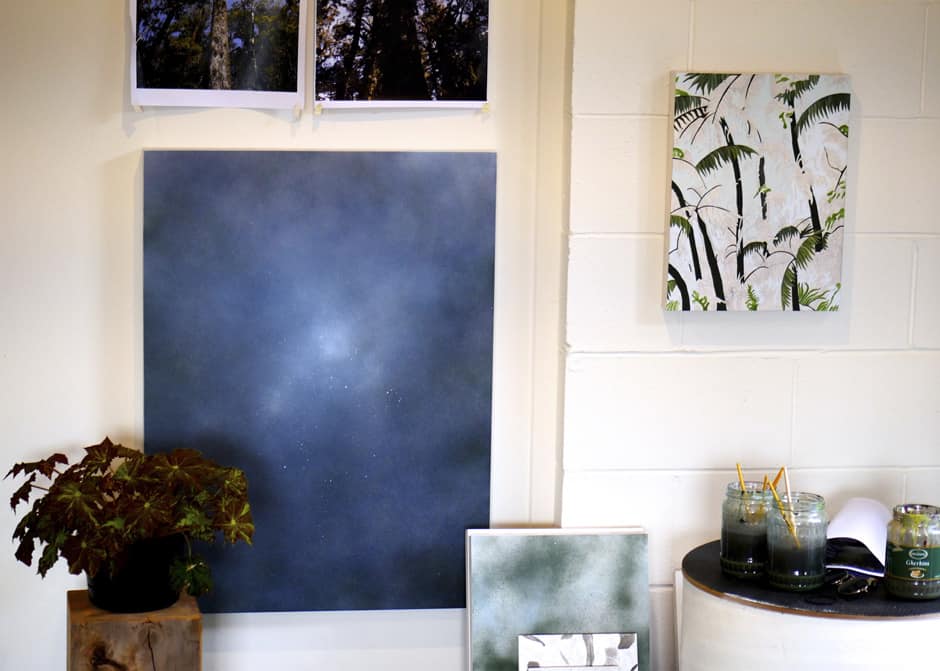 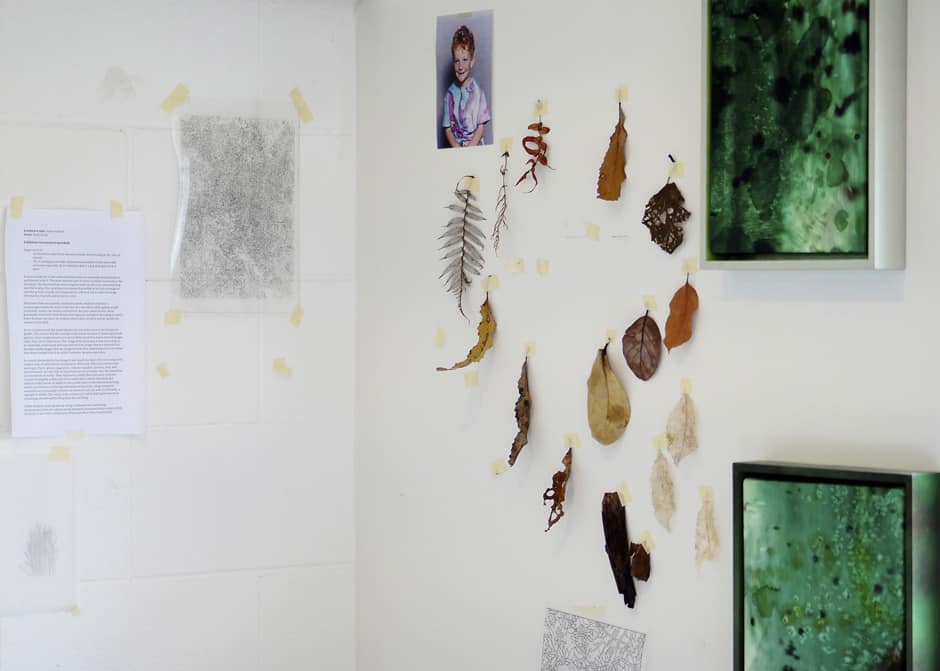 “I listen to audiobooks that relate to my research, hang inspiring images and random things on the walls, and focus on remaining in a calm state as I move around the studio with intention, hoping that some of this energy can be translated into the work I produce,” says Paris. To make her art accessible to a wider market, she also screen-prints her works onto paper to sell in a smaller format.

Referring to her practice as “highly disciplined, an act of devotion”, Paris says each of her elaborate works can take up to a month to complete, with the help of an assistant. She starts by shooting photographs, then tracing them into intricate line drawings. These are projected onto large plywood blocks – and then the painting process begins.
As well as working as an artist, Paris teaches at Whitecliffe College and occasionally hosts art-based events in public spaces through Auckland Council. She dreams of creating a three-dimensional shrine in the bush somewhere. “I want respect for nature to be communicated through my work, to elevate nature’s status in our human-centric world through art.”
pariskirby.com

NextTo have or to hold