Plan as you go 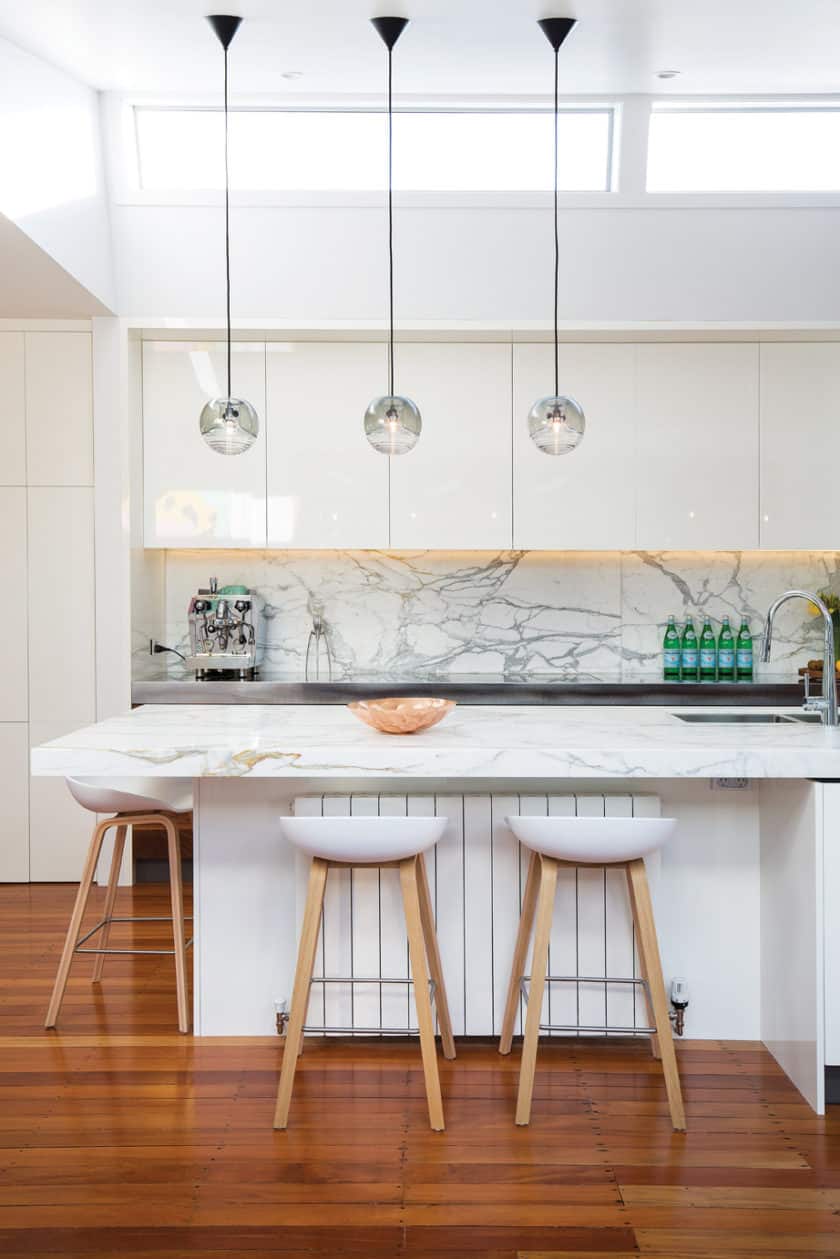 A Wellington family has renovated a home which fits precisely with their non-plans.

Khandallah is a Wellington suburb known for its breathtaking harbour views – and it’s on one of its streets that Jo and Mike Bullock were lucky enough to find their second home 10 years ago.

Built in the 60s, the house was tired, but with all-day sun and incredible views, the potential was there to create the long-term family home that they were searching for – and would come to need.

Over the last decade the family has grown from just Jo, Mike and Mike’s daughters Maia (13) and Sophie (11), to include Abby (2), baby Charlie and Dizzy the golden retriever. So, two years ago, Jo and Mike began planning a renovation that would see their house grow too.

After studying building and design websites and poring over magazines and books, they were clear about what they wanted to achieve. “We didn’t want stark,” Mike says. “We wanted it to be a renovation that kept the character of the place. We definitely didn’t want to end up with something that looked like a new-build spec home.” Which is lucky because a cookie-cutter spec home is exactly what they didn’t get.

“We made decisions as the builders came to each stage,” says Mike. “We knew it would be slower this way, but it worked for us,” Jo adds. “Regan Powell was in charge of the project. He had never worked like this before but he said he really enjoyed it. Nothing was a problem.”

Not even the garage door. Mike spent months researching how to integrate this feature so it would fit flush in its frame. “There’s not much of the house you can see from the street so it was important the garage door was a key feature,” he says. But the idea was knocked back by several garage companies until they were finally able to convince one firm to make them the door.

This ‘push to get things flush’ theme continued throughout the house. The door to the wash-house is integrated into the exterior wall so visitors don’t notice it. And in the kitchen the benchtops sit flush with the joinery – fortuitously. “The marble company repeatedly told us we couldn’t have the benchtops flush with the joinery,” says Mike. “But when they were installed, they were flush.

The company had made a mistake with their measurements!”

The living spaces were also redesigned to work with their young family. “We wanted to all be together – even if one of us was on the computer, someone was watching TV and someone was in the kitchen,” says Mike.

The new layout has an open kitchen and living area leading through to a formal dining area then into a comfortable family room. There is also a second lounge which can be turned into a media room with soundproof walls and a large screen hidden in the ceiling.

Other made-to-measure features include the temperature-controlled glass wine cellar and a deck running the length of the house.

Downstairs there’s the kids’ playroom and all of the bedrooms. Jo and Mike’s bedroom is a small sanctuary from the rest of the house. The bed is positioned for the views and lit by Tom Dixon’s Fin Obround copper lights. They are very happy with an uncluttered space created by having everything in a separate dressing room. Jo loves the small details in this room, “right down to the light washes on the hallway wall leading to the bathroom at night”.

“We’ve used high-spec, quality fixtures and fittings,” says Jo. “But this is firstly a family home where the kids can play. We are not overly precious about it all.” And although the furniture is sourced from the heavy hitters of the design world such as Eames, B+B Italia, Carl Hanson and Kartell, there’s a relaxed and inviting feel to their home. Nothing is matched, yet it flows seamlessly and comfortably together.

It would seem all has gone according to the non-plan.