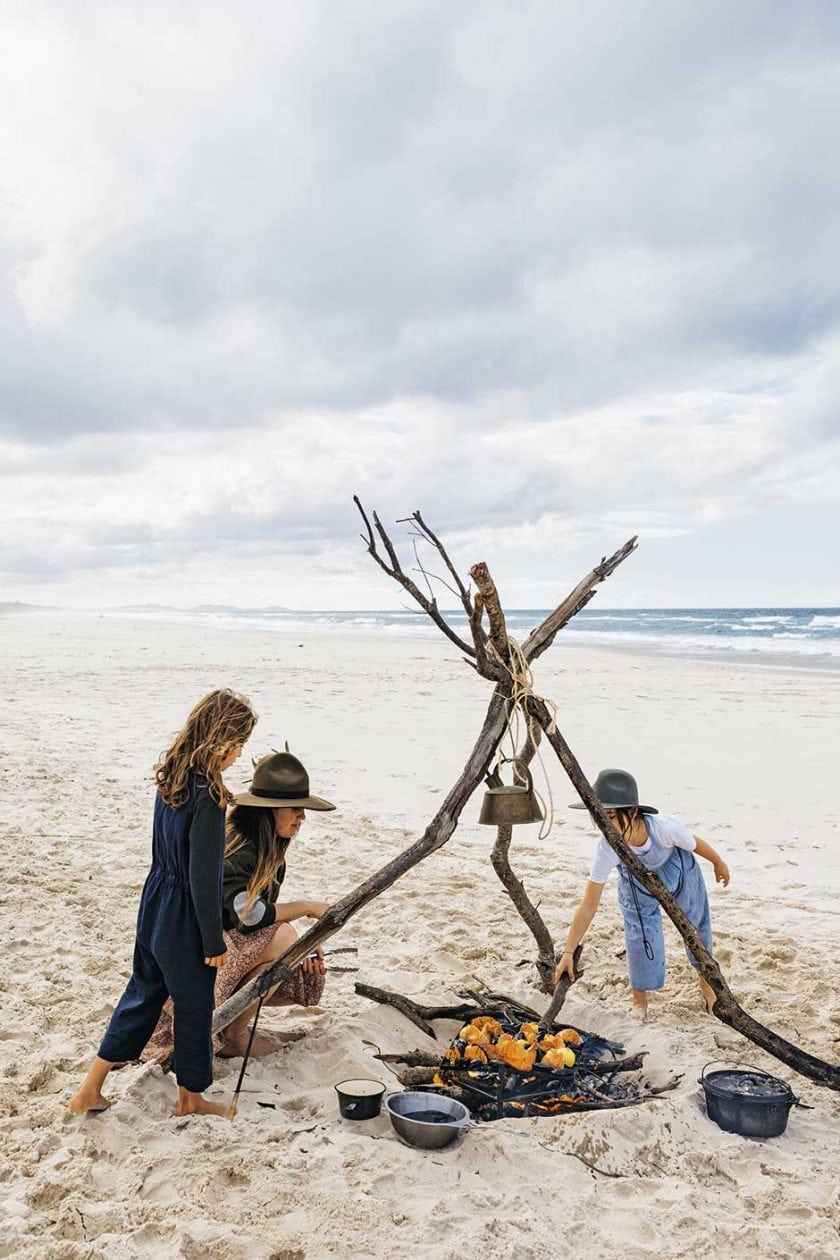 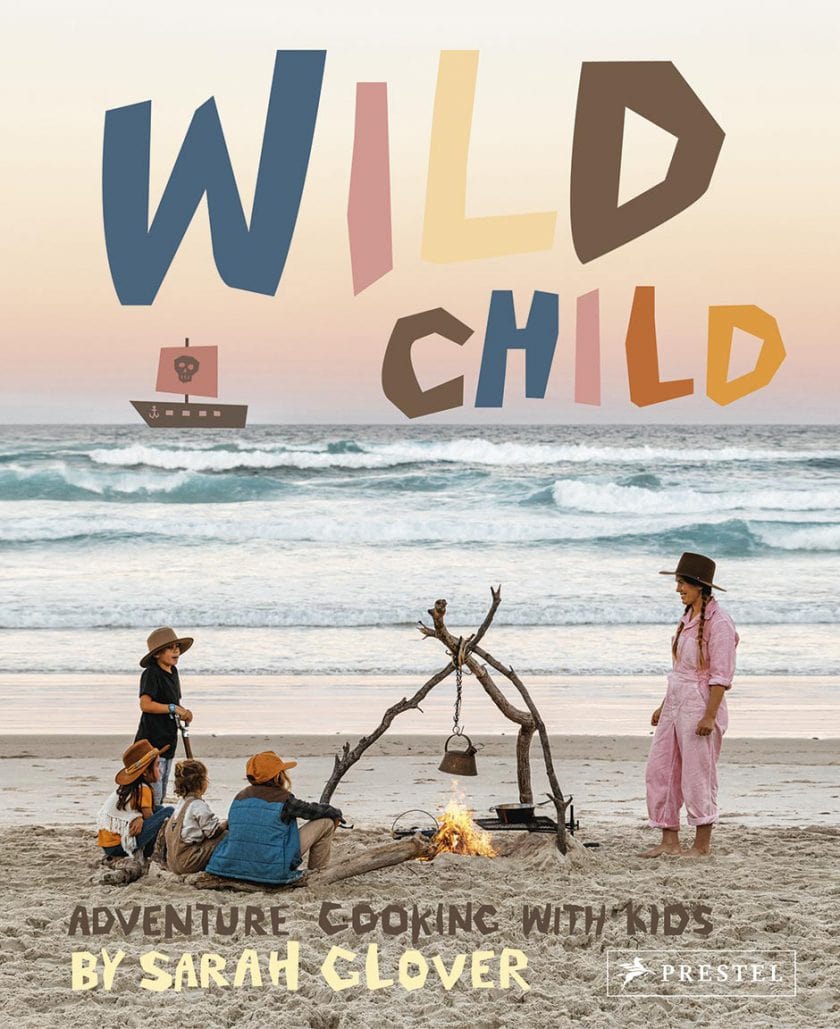 Yeah, inside is cool, but have you tried going outside for a proper adventure lately? Not a planned-to-the-nth-degree trip, but the kind you’d go on as a kid, when you’d just set off and see where the wind took you? 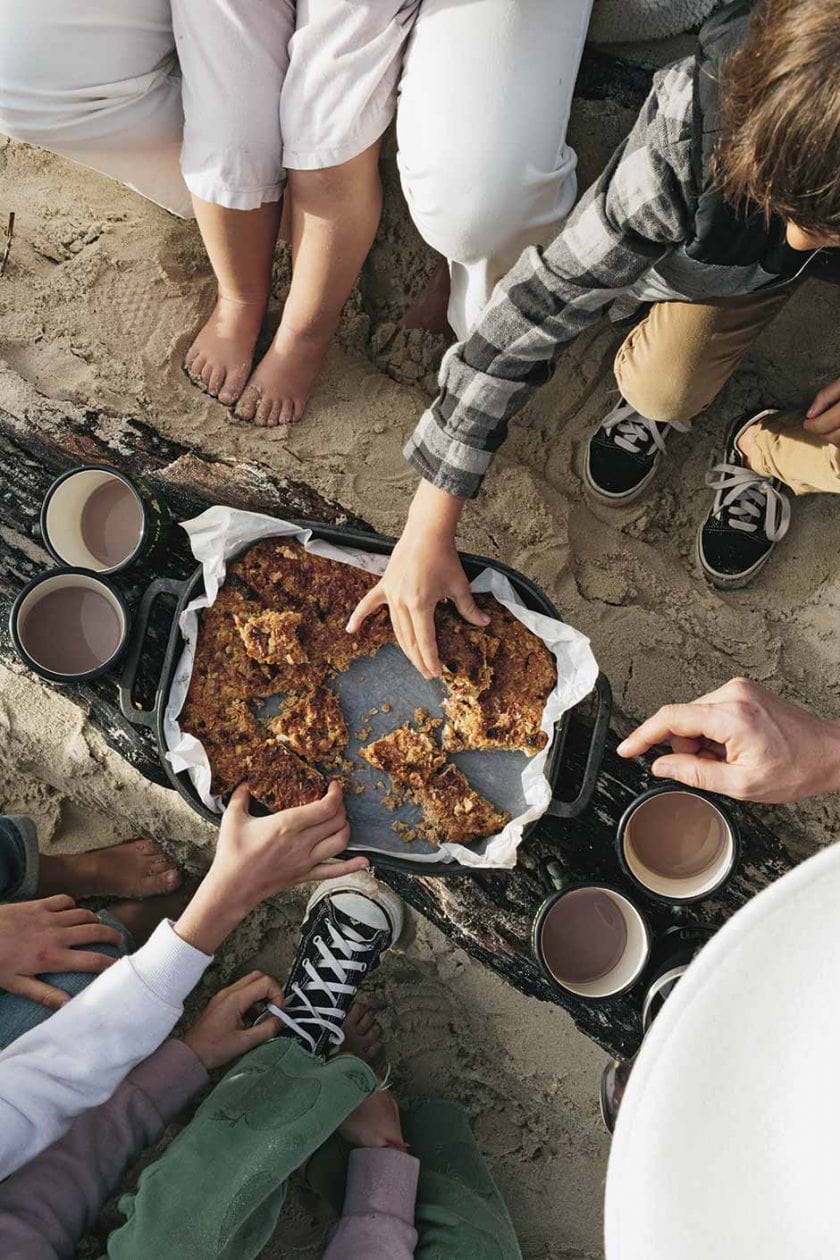 ABOVE Containing wholesome ingredients such as oats, cinnamon, apricots and almonds, Snack Attack is great to fire up early in the day, so it’s ready in time for morning tea. If she’s not cooking it outside, Sarah likes to bake it at home in the oven to take on excursions ready-made.

Growing up in ’80s Australia, Sarah Glover didn’t spend her time in front of a screen — exploring with her siblings and friends and experimenting in the kitchen was her idea of fun. It allowed her to learn and create, and became her guide to adult life, in which she strives to retain that same spirit of possibility, discovery and daring. With this cookbook, she wants to spark your kids’ imagination while reigniting yours. 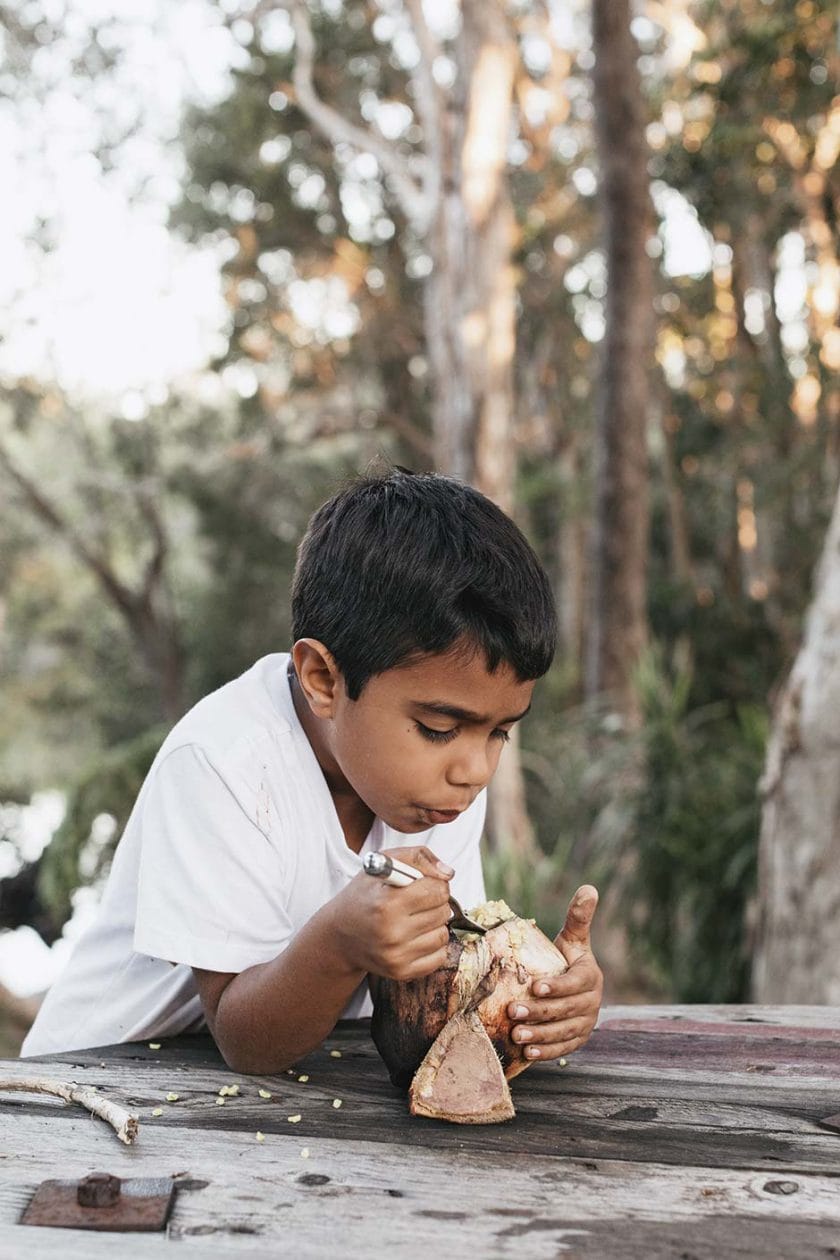 ABOVE As well as a recipe for Choconut, a chocolate pudding with a tropical twist made in an actual coconut, this book includes a dish named Cooked in Coco — rice, meat and spices prepared in the same way.

In true ’80s style, the adventures Sarah endorses here are of the choose-your-own variety. She suggests asking your crew what kind of a culinary exploit it’s going to be — breakfast toasties in the backyard or salty smashed spuds on the beach? — then getting everyone in on the planning, shopping and cooking over the campfire (or barbecue, or hotplate) she teaches you to build. Every recipe here is healthy, but there are indulgences too — after all, what’s a free-range meal without pudding cooked in a coconut? 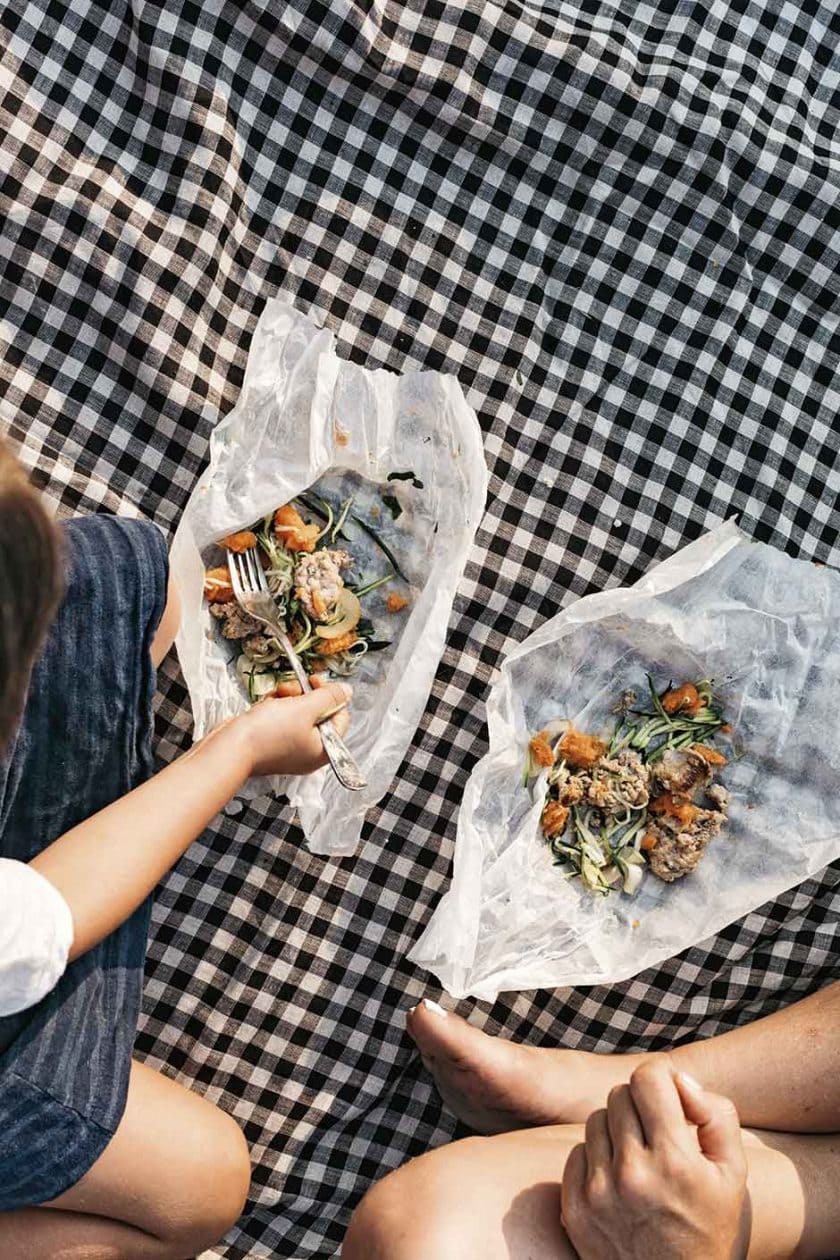 ABOVE Kids love the novelty of eating without a plate. Snag in a Bag sees sausages simply but tastily steamed in paper with sweet potato, zucchini, garlic, oil and salt.

In the chapter ‘Play-House’, Sarah reasons that Peter Pan didn’t grow up and part of us needn’t either. So go on, rally your inner child and head out for a delicious time. It might get a little messy, but that’s one of the best things about it.