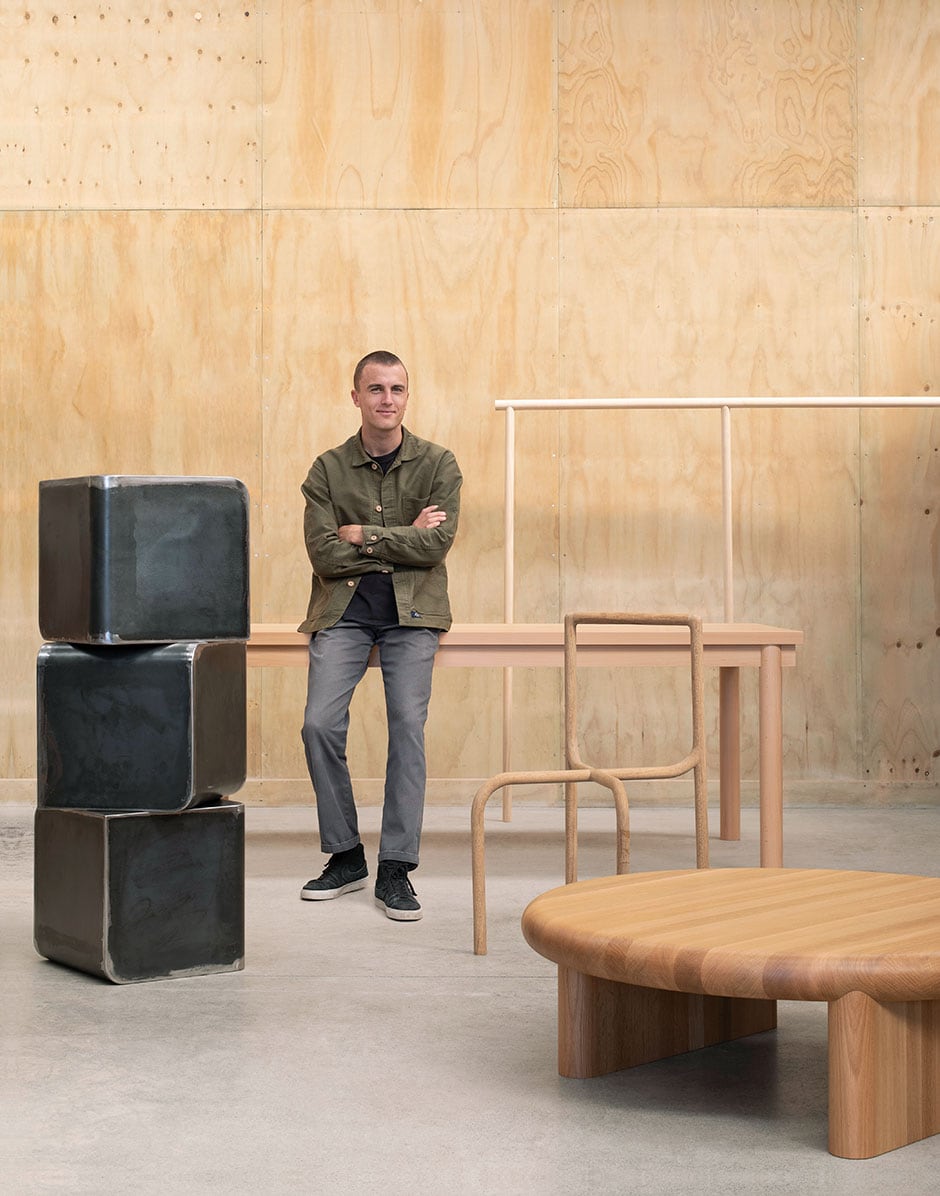 Industrial designer Ted Synnott needed some convincing of his abilities, but we can’t help but notice his talent now.

Ted Synnott had always been interested in art. He printed T-shirts and painted and whatnot, yet erroneously believed he hadn’t been blessed with the innate ability to make things, not realising it was something that could be learned through patience and persistence. Cut to a few years ago when he was off work with a shoulder injury. He tried his hand at shaping a surfboard and although it wasn’t perfect, it worked. Perspective successfully changed, he signed up to study furniture-making for a year. 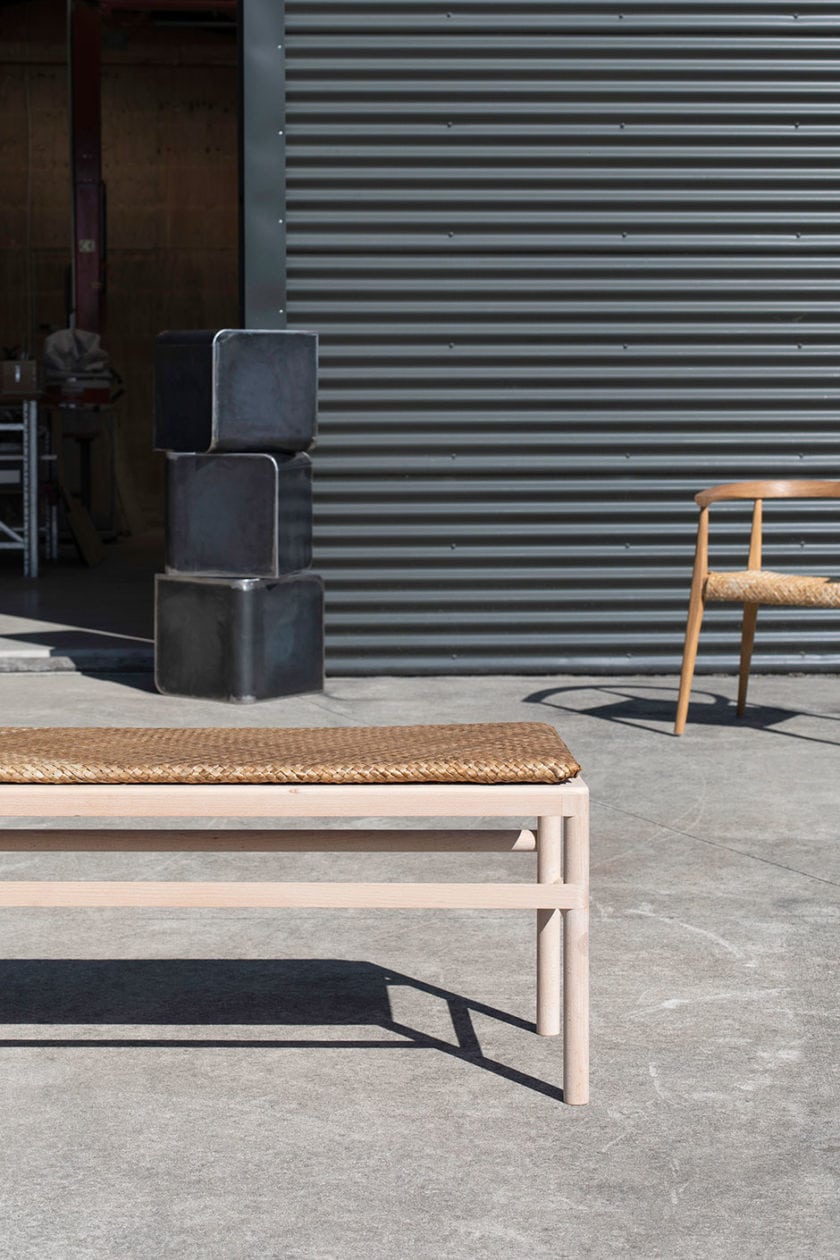 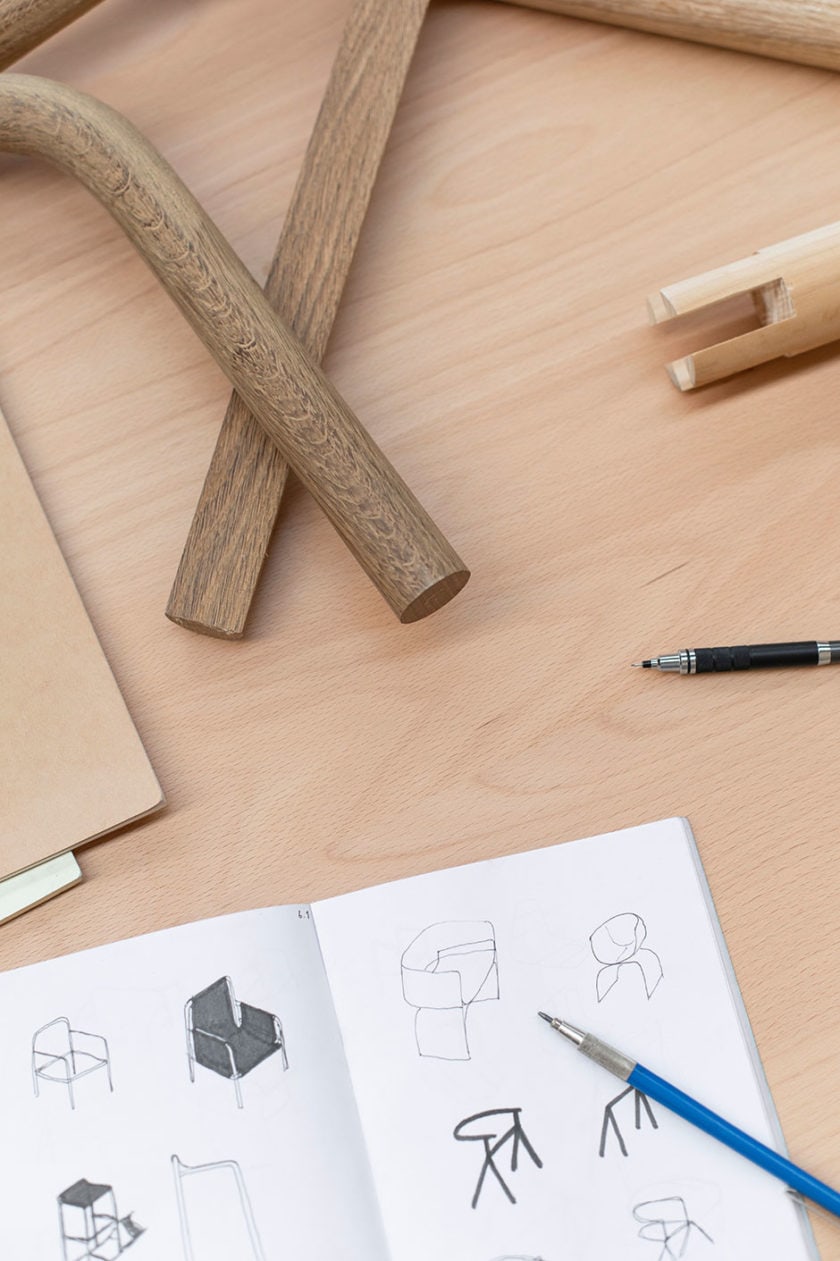 MAIN IMAGE In his rural Auckland workshop with works in progress including his Pillar (rear) and Slow (front) tables, and soon-to-be-sandblasted Musical Square side tables/seating. ABOVE Ted collaborates with his equally talented mother Sally on the woven harakeke cushions of some pieces, including his Flora bench (top). He says his dream commission would be “a chair for Muji, Vitra, Hay or Emeco. I’d like to use their scale to produce something simple and affordable that can be used by as many people as possible.”

These days you make all sorts, Ted. I’ve mainly worked in furniture design so far, as that’s what my background is in, but now I’m designing objects and spaces too. I’ve recently completed a staircase for an apartment project, I’m working on some bags in collaboration with an American company and I’ve been reworking a giant old kauri boardroom table for an office fit-out. I’d like to keep working in a range of areas so I can learn as much as possible.

Your workshop is on a farm in Clevedon — is this where you grew up, and do you think it influences your work? It’s my granddad’s farm. All three of his kids raised their kids here, so it was fun growing up as there were always lots of cousins around to play with. It’s been interesting coming back and working from here. I’m sure the environment has an impact on my work, but it’s difficult to say exactly what it is. There’s a slower pace to life outside the city, which may play a part. Maybe when I move to another area the influence will become more apparent by comparison. 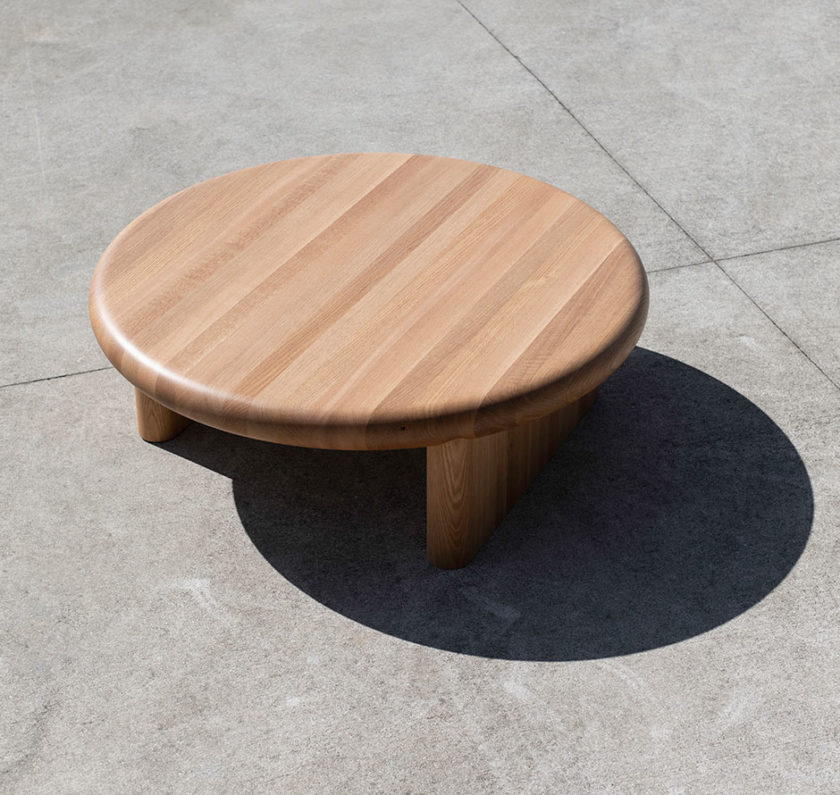 What inspires you? I think inspiration can come from anywhere or anything, which is exciting. I’m always trying to improve the quality of my attention so that I notice the little details, as it’s often these things that are the genesis of a new idea; it could be something as mundane as a bent metal handrail or the way water collects on a pane of glass.

What does good design mean to you? For me, it’s simple, intuitive and useful — and always a little surprising.
tedsynnott.com