The cuisine of Aotearoa 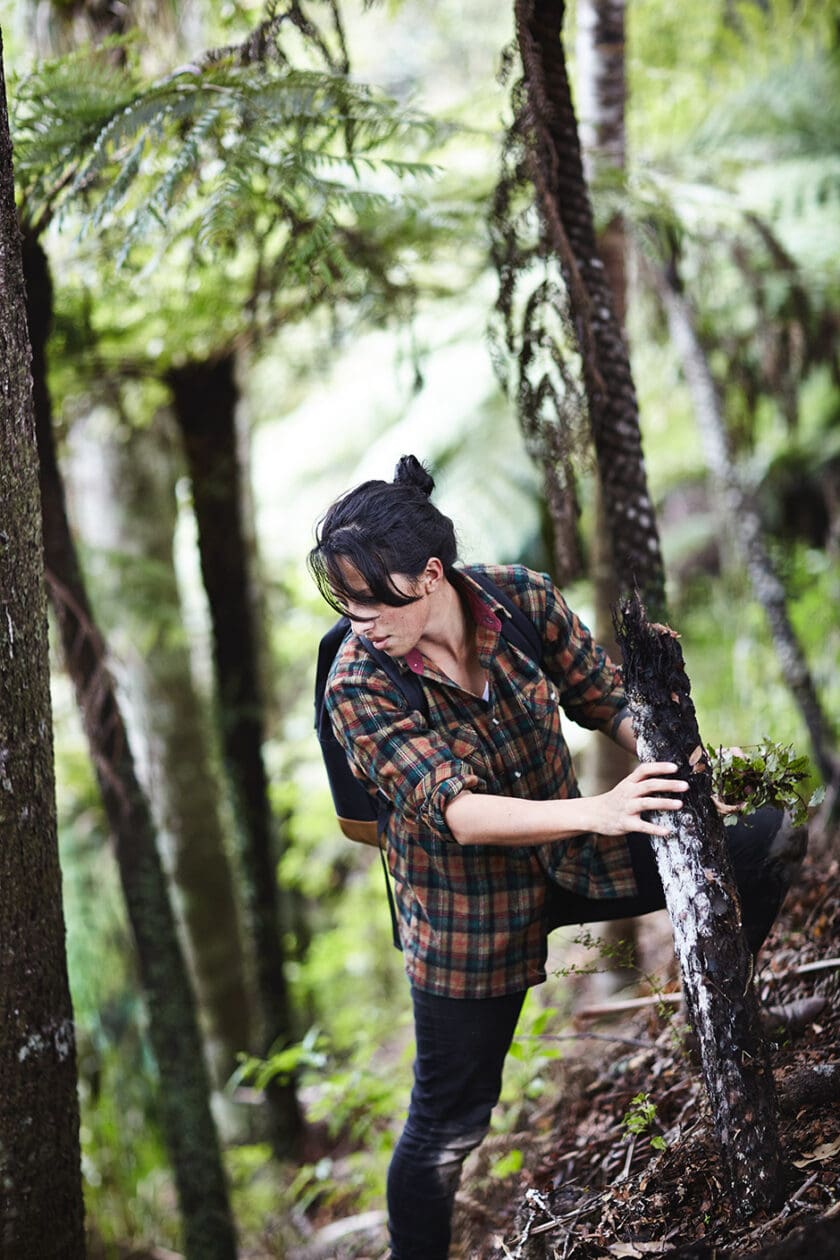 In her first book, Hiakai, Monique Fiso shares methods for food gathering and cooking informed by her Māori heritage.

When I returned home [at the end of 2015] after seven years in New York, I was unsure what I wanted to do next. I was 28 years old and had accomplished so much, but I was burnt out from the hard mahi (work) that comes with working in one of the most competitive cities in the culinary world. I also missed my family, and I wanted to see the next generation of my whānau grow.
Being far from Aotearoa had made me realise there was a disconnect. I’d studied and mastered many different cuisines and cooking techniques but knew very little about the food of my own whakapapa (genealogy). I didn’t grow up knowing a lot about my Māori heritage; as I got older I wanted to connect with it and realised I could do this through food. 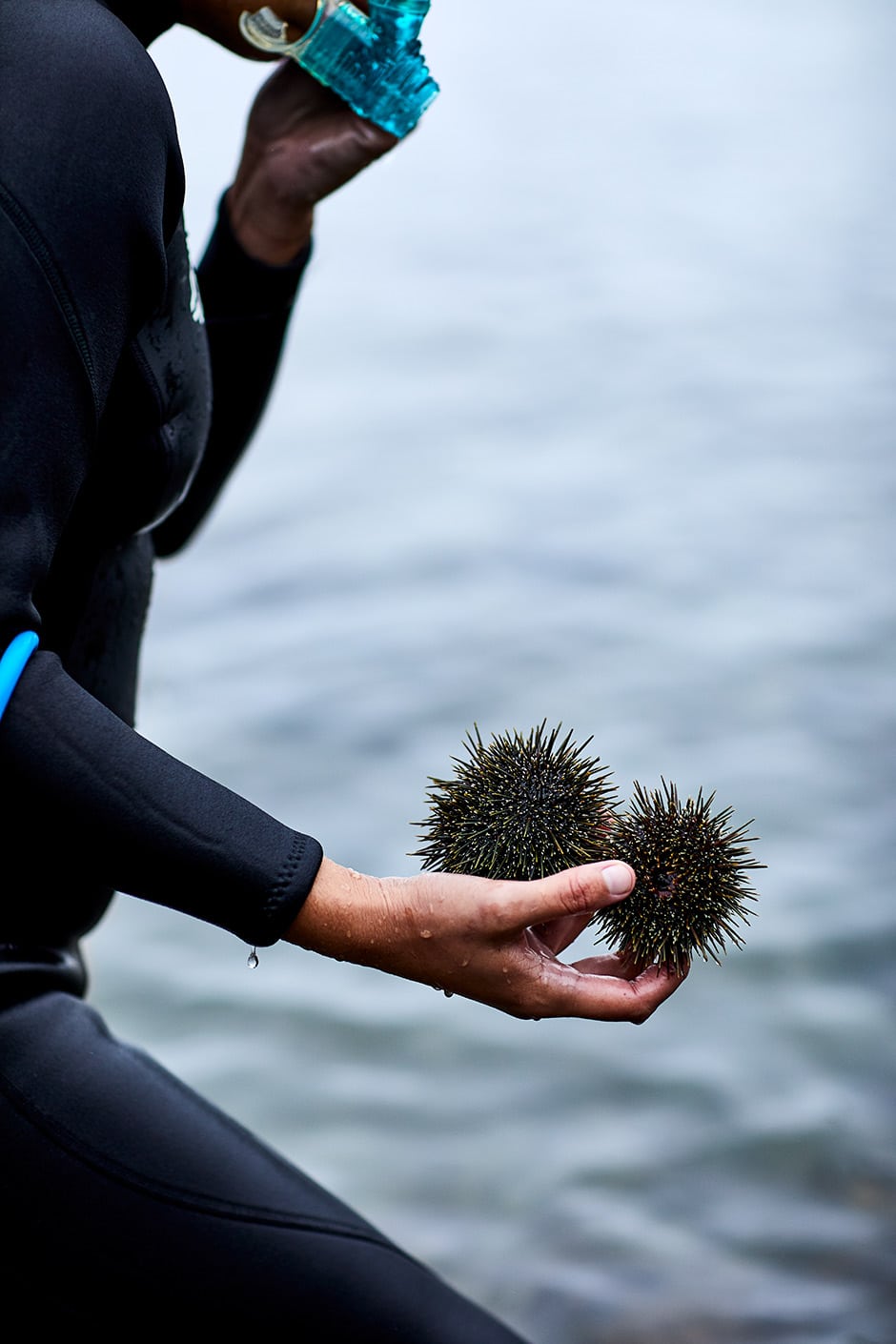 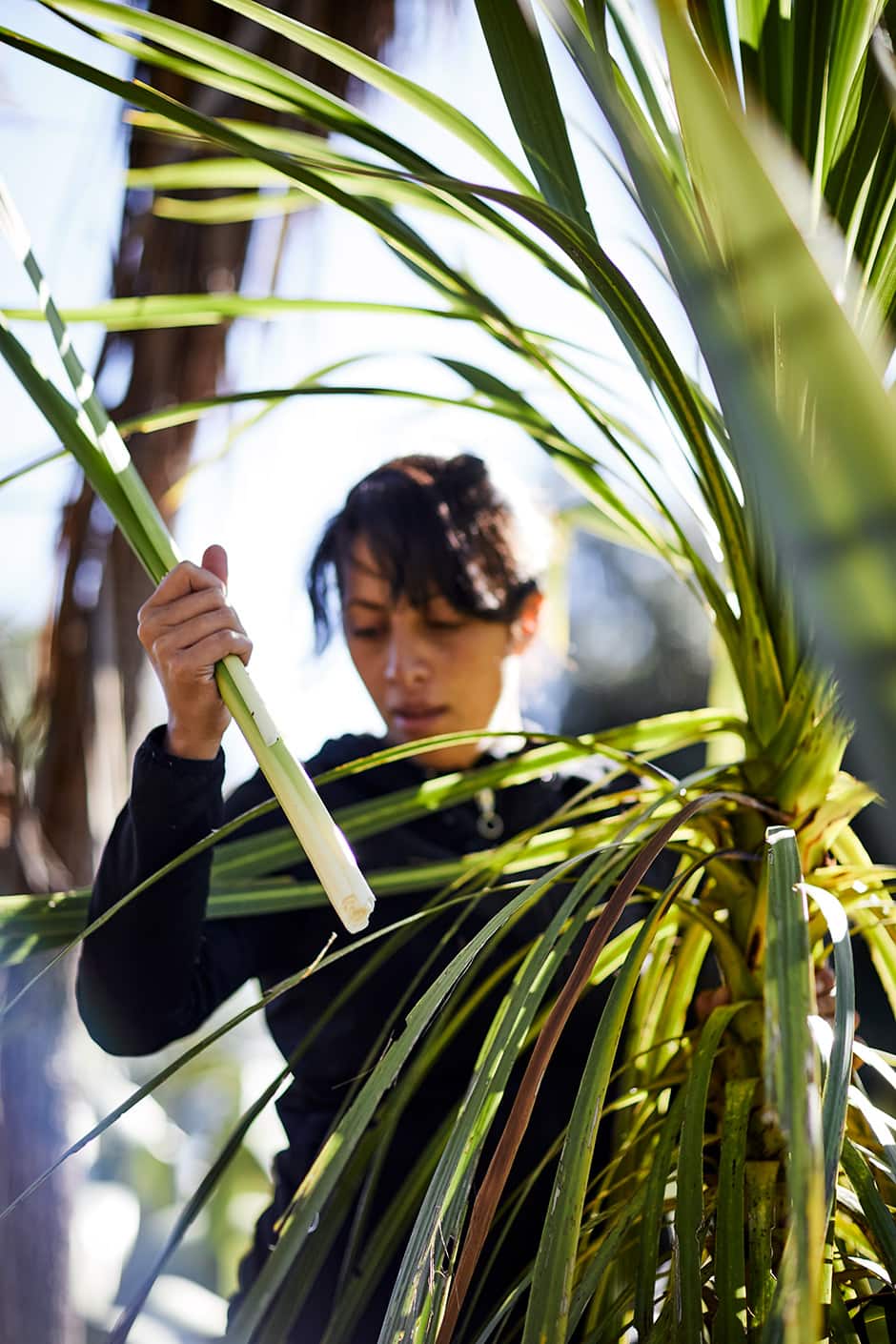 MAHINGA KAI: THE GATHERING PLACES Mahinga kai is the natural connection between the atua, the land, the people and their food. Every time food is gathered, whether from the garden, forest or water, the balance of the mauri of the resources must be protected, now and for future generations. These relationships are honoured through our customs and practices — the way in which we plant, harvest, gather and hunt our kai.

As a chef, I want my food to challenge people and their assumptions — it has to be delicious and creative but it also has to tell a story. I started to discuss Māori cuisine with people, and the general feedback centred around hāngi, fry bread and boil-up. I knew this couldn’t be the whole story and didn’t represent people whose ancestors were so connected to the land and the natural environment. I didn’t realise at the time that the story I’d begin to tell would be my own.
Taking this to Aotearoa’s dining scene was always going to be a challenge. I was really scared. I ran the idea past Matt Lambert of The Musket Room fame, who I’d worked with in New York, and he said, “Just do it”. He put me in touch with Mike Meredith to see if I could use Merediths for a pop-up, and that was the push off the ledge I needed. 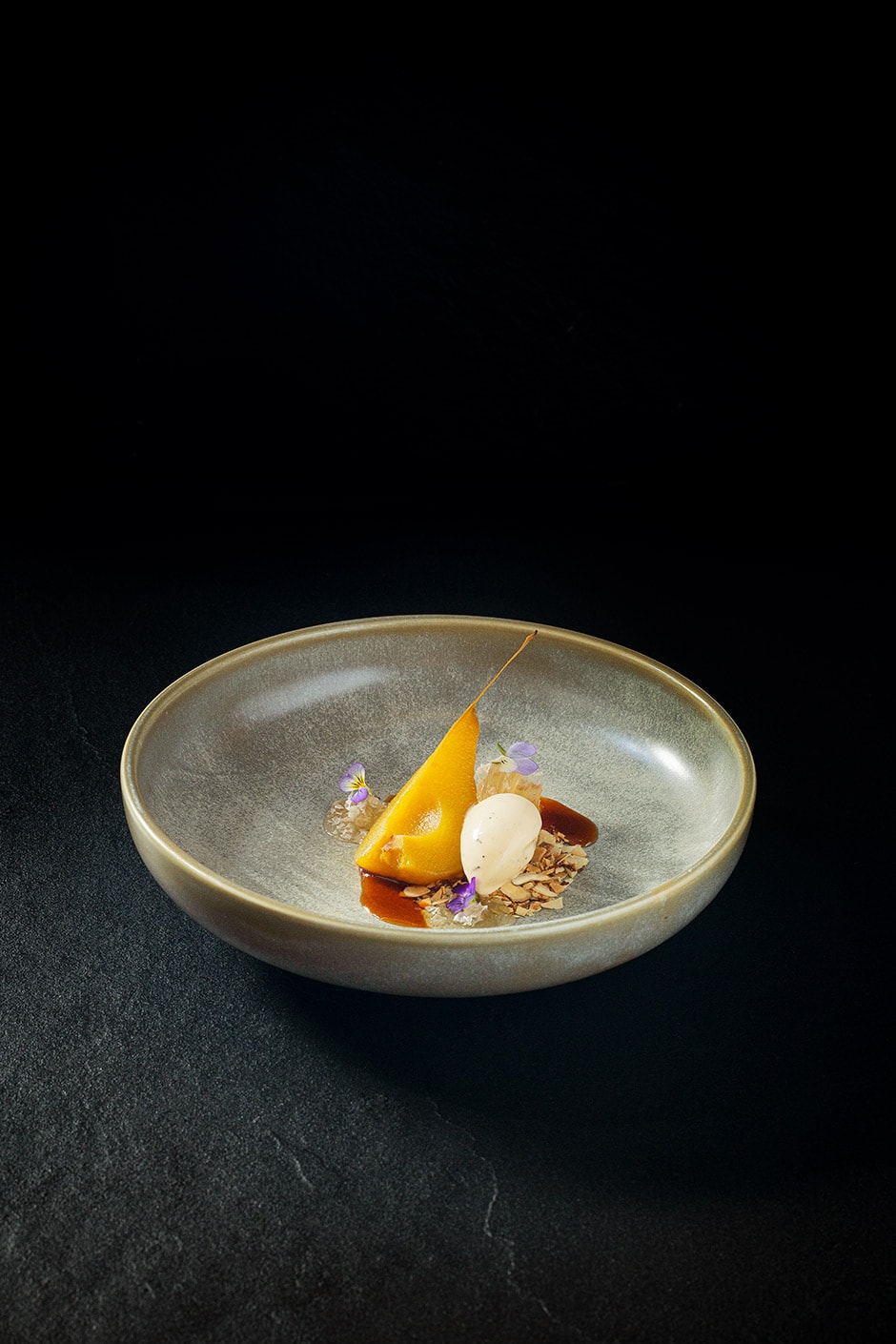 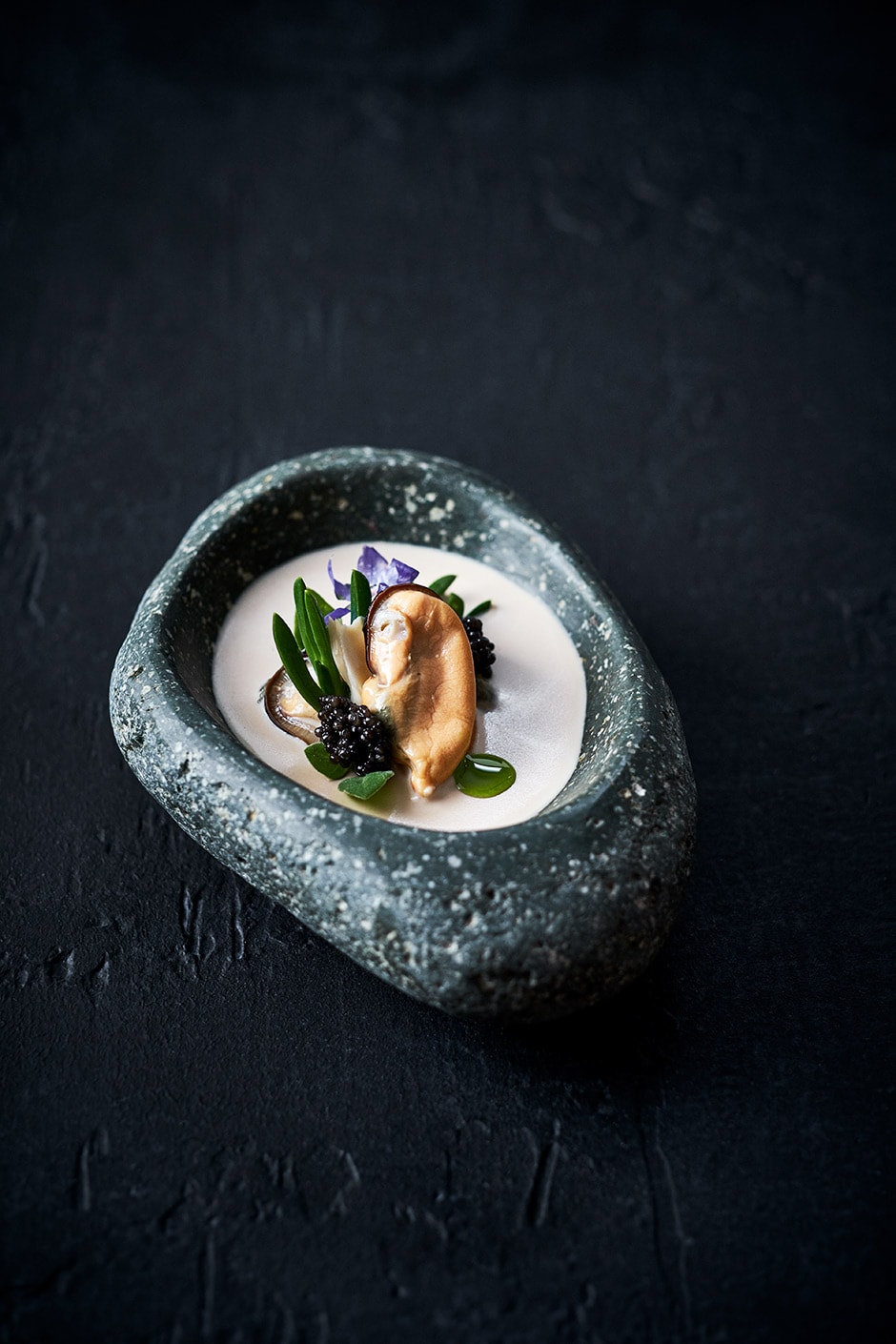 TOP Kina panna cotta, smoked warehou, kuku. ABOVE Pears, horopito ice cream, almond soil. The flavour and colour that can be extracted from manono bark lends itself beautifully to sweet and savoury applications. The manono-poached pears in this recipe are best when left to soak in manono syrup overnight.

I thought no one would be interested and I’d consider it a success if I sold 20 tickets. I couldn’t have been more wrong. There was so much demand that I spent the rest of [2016] holding a series of pop-ups around the country, which all sold out. I was surprised and pleased that people were so enthusiastic, but it still didn’t feel quite right. I knew I hadn’t captured the cultural aspects that I wanted to celebrate; the food was good but it didn’t tell a story. 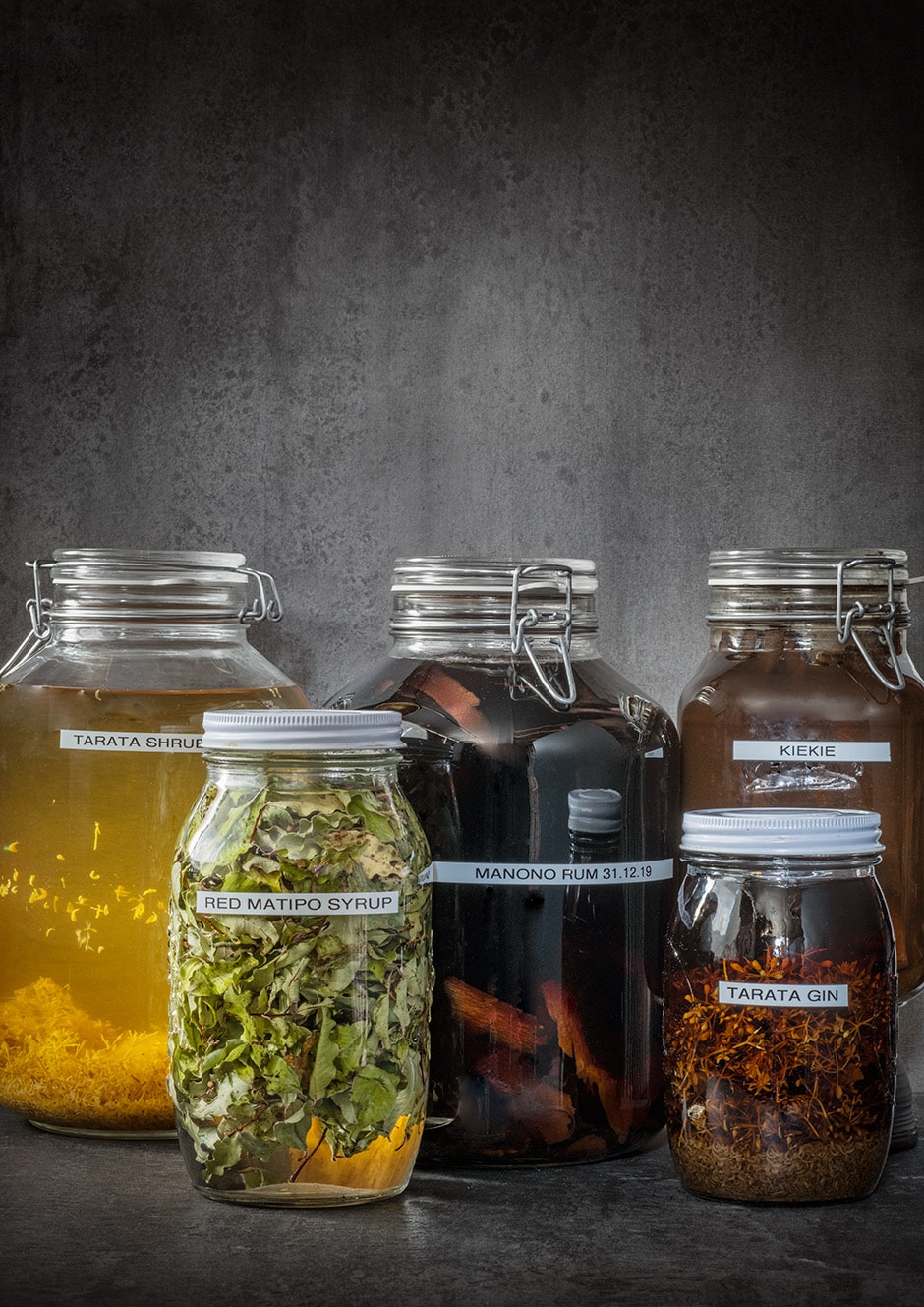 ABOVE Preserved ingredients to keep in the pātaka (pantry) to help create a diverse range of flavours and textures.

That all changed when I met Joe McLeod in late 2016. We met for a cup of tea on Boxing Day, then a couple of days later he took me on a bush walk. Joe had wanted to do something similar in the 1980s, but there wasn’t a huge appetite for it at the time. I ended up spending most of the next two months learning from Joe. He taught me about traditional uses of native plants and how to weave, then he’d test me on my knowledge and we’d make hāngi together. At the end of my summer with Joe, I realised what I’d been missing. 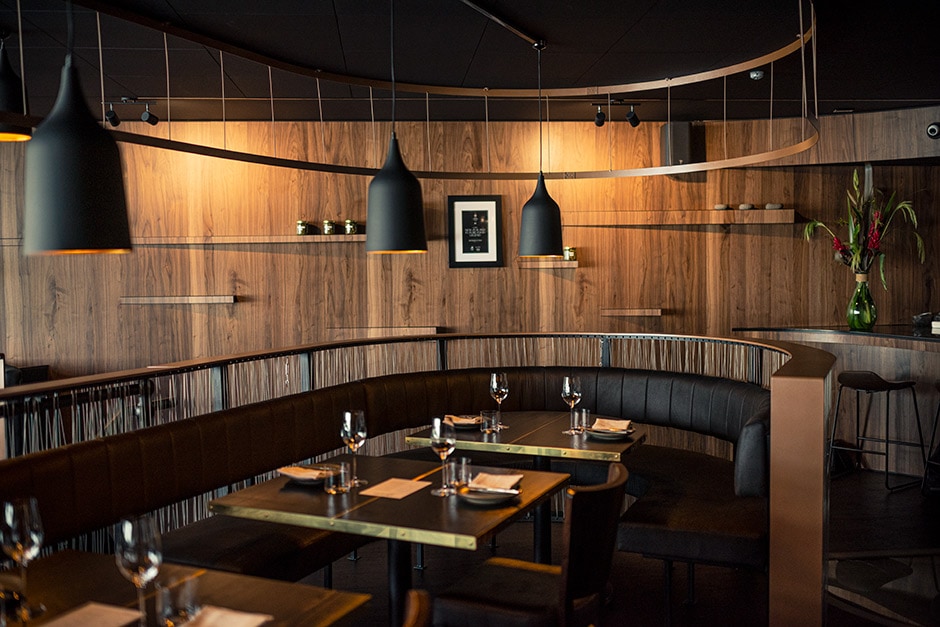 In 2017, I took that knowledge and turned it into a series of outdoor pop-ups around the country. They were popular and more people started to get interested in what I was doing. The pop-ups were amazing, but I was getting frustrated. It’s hard to build a team or do proper research and development when you’re constantly on the move. I knew what I was doing had incredible potential, but it needed a permanent space. People loved the hāngi experience, but I wanted to focus more heavily on indigenous ingredients. I wanted to create a modern dining experience and a new chapter for the next generation of chefs.
In late 2018, we opened Hiakai in a historic building in the inner-city Wellington suburb of Mount Cook. A couple of months later, Time magazine named the restaurant one of its ‘Greatest Places of 2019’.
As a chef, my style is avant-garde and influenced by the stories I want to tell. What I create has to have meaning. At Hiakai, we showcase an indigenous ingredient in every dish. A lot of people describe what we do as thought-provoking, even polarising at times.
I’d never change that about us. Hiakai represents a new era for Māori cuisine. We believe that food and drink is more than a commodity — it’s a medium for cultural exchange and change. We take inspiration from our home, Aotearoa. 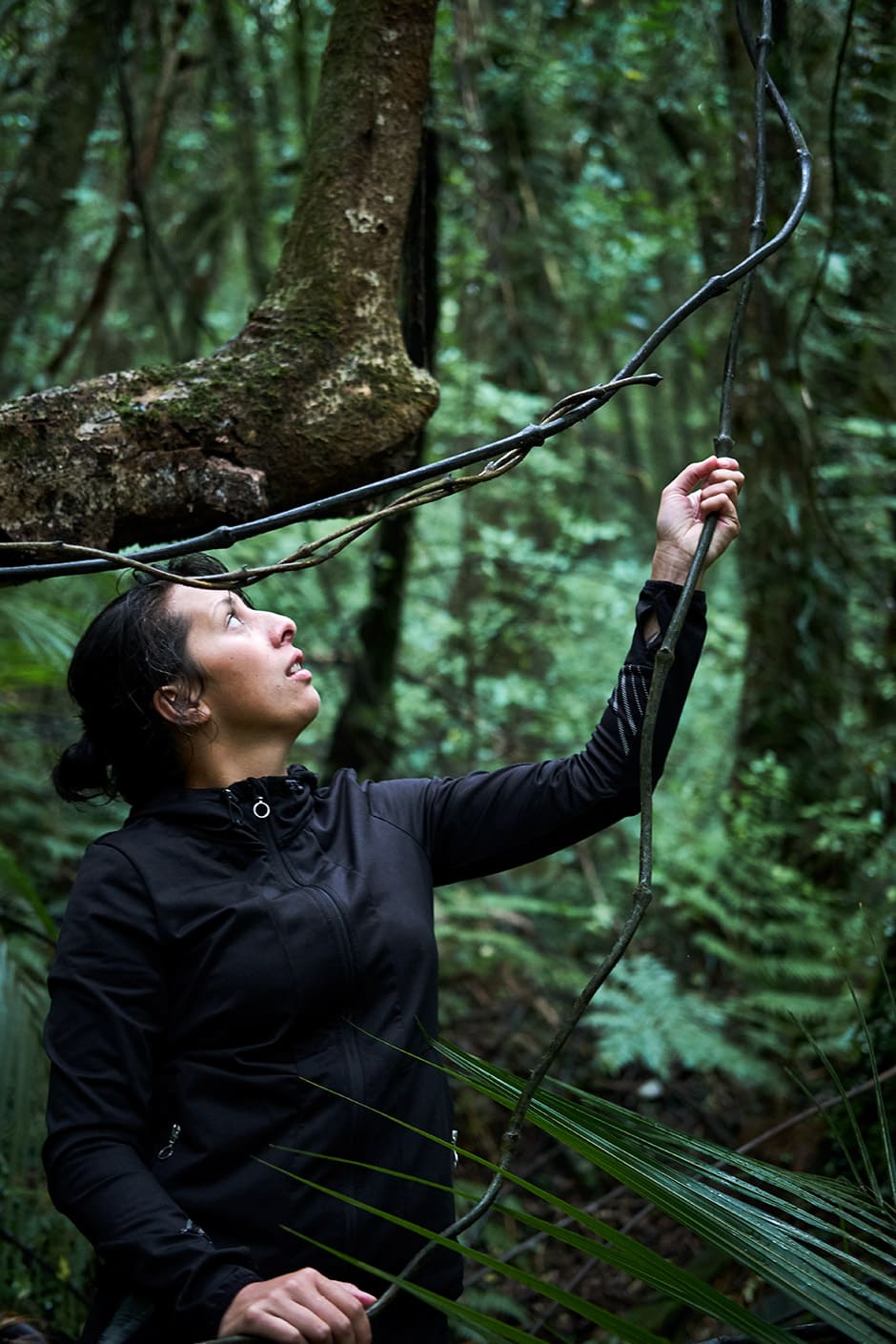 A note on foraging

I’ve spent a long time learning about traditional Māori hunting, cultivation and cooking — and discovering how to weave all this information into practical ways of gathering and eating. It’s my hope that this book will help you look at Māori cuisine in a new way, to understand and respect the rich history, culture and knowledge it contains.
You might never have considered eating some of the indigenous ingredients featured in this book, or even known they were edible. Or you may have specific taste memories linked to bitter pūhā or sweet kūmara and be pleasantly surprised to find they can be used in contemporary dishes as well as traditional ones.
Either way, I hope the recipes will stimulate your curiosity and creativity.
I also hope you’ll be motivated to look more closely at ngā tipu (indigenous plants) around you when you’re next exploring our lush ngahere (forest). We’re lucky to live in such a bountiful landscape, where indigenous plants are found everywhere, from small city reserves to vast national parks.
If you’re going to go foraging, though, keep some basic protocols in mind. Don’t forage in areas that may be polluted or toxic, such as roadside verges that absorb vehicle emissions or that may have been sprayed. Don’t taste or eat anything you can’t identify or you’re not sure about. Follow the rules and regulations for foraging in a certain area, whether that’s getting permission from the landowner or obtaining a licence. Only pick or harvest what you need — take a third, leave a third for next time and leave a third to regenerate.
Hiakai is the Māori word for hungry or having a craving for food. I think it captures everything we’re trying to do: to fill up our bellies and our minds with the indigenous ingredients that nourished our ancestors. I’m proud to be able to share this kai with you. 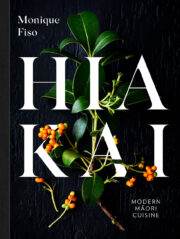