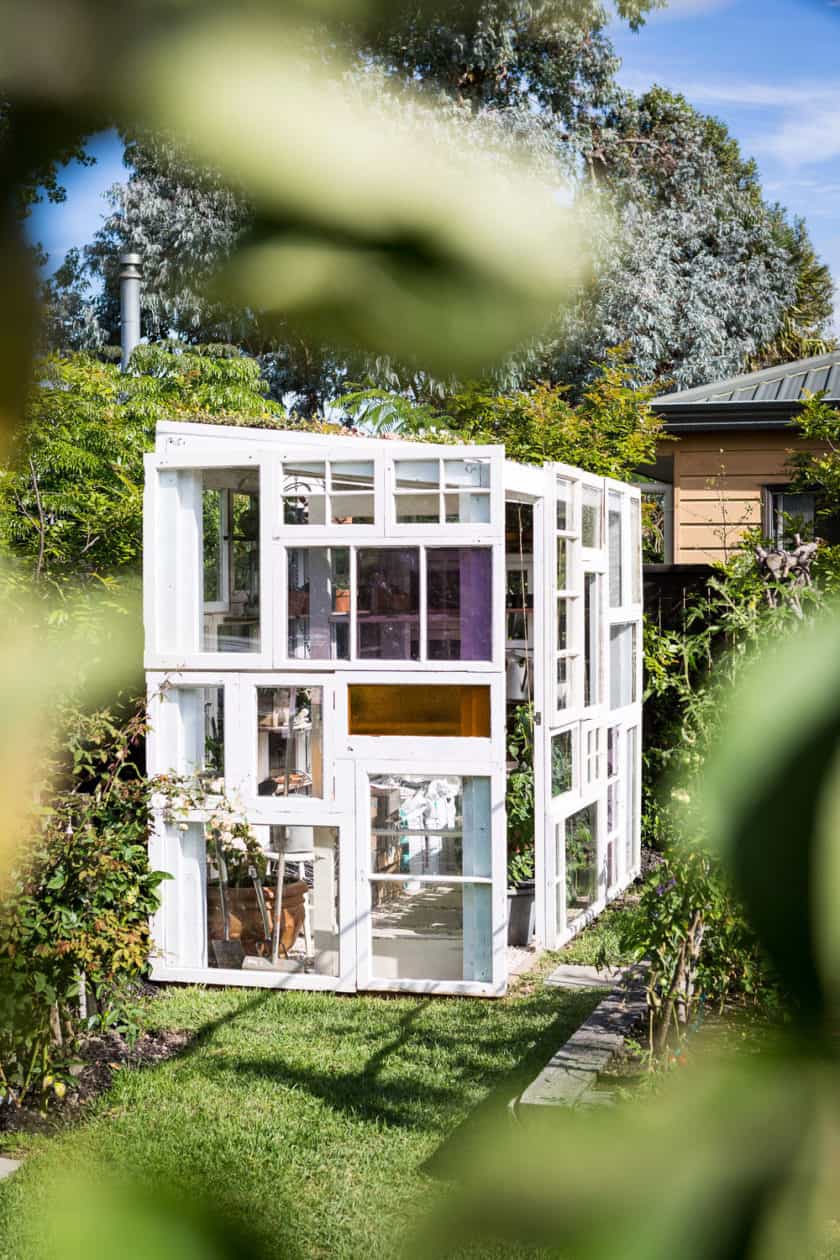 Creating an upcycled, urban garden has provided all kinds of rewards for this Auckland couple.

It began with the simple goal of adding visual value to a barren piece of land. But over the past few years Dave and Phoebe Atkinson have reaped much more from their increasingly lush garden than they could have anticipated.

The property, in Forrest Hill on Auckland’s North Shore, is the couple’s first. After moving in, in 2011, they deemed the house to be largely live-able, so got stuck into landscaping the bare section instead.

They started by trucking in 30 cubic metres of soil to elevate the back garden and give them a level starting point. Then they planned and implemented every aspect of the landscaping with the long-term look in mind, adding layers of foliage and edible greenery as they went.

Their patience has paid off. Five years later, the stunning garden is a point of conversation for visitors and a welcome retreat for the couple. Indeed, meandering through the foliage hearing about the journey they have been on, you get a sense of the depth of satisfaction they have gained from the project. 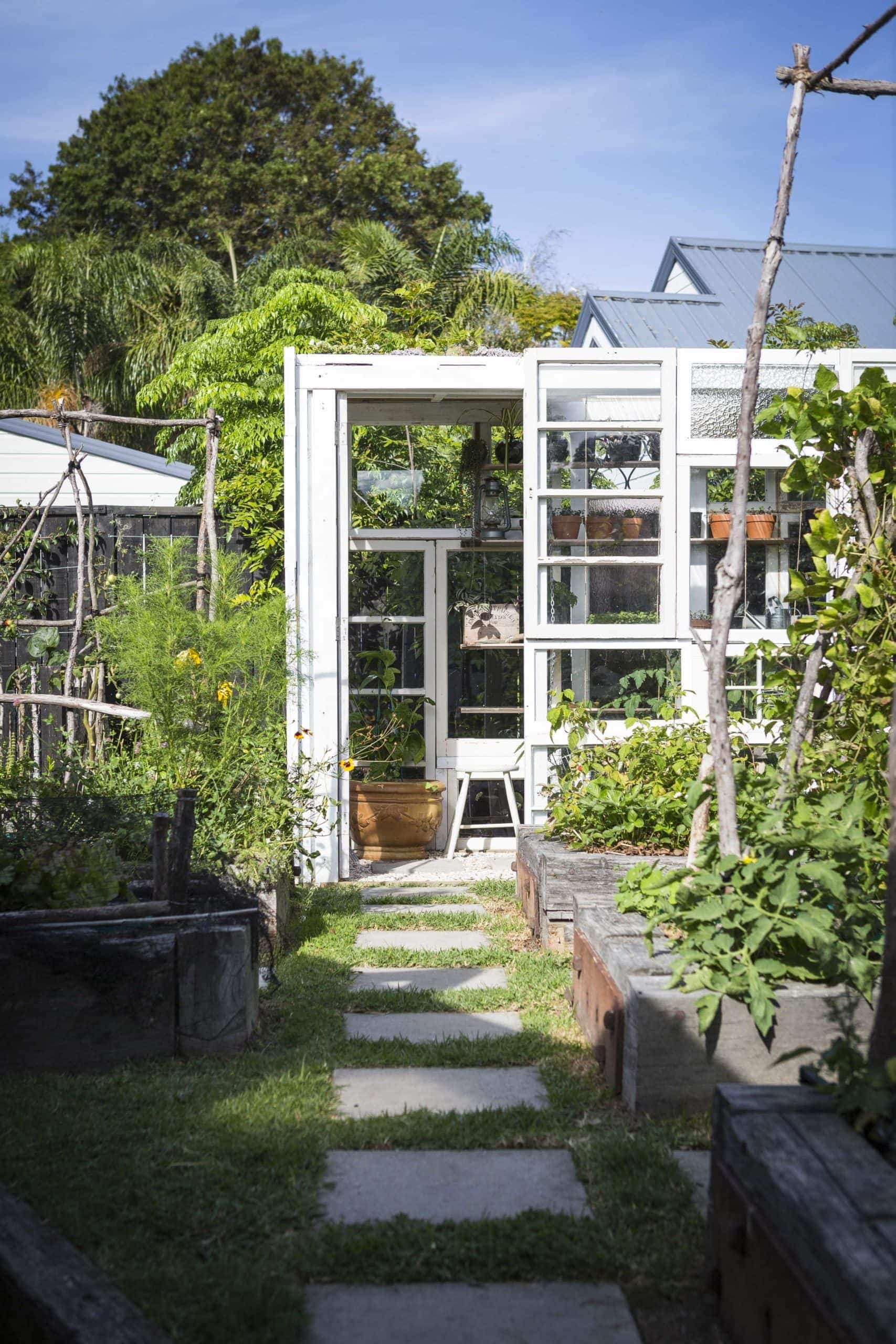 And it’s easy to see why. With both in people-focused careers – Phoebe as a teacher at Takapuna Normal Intermediate, and Dave as a presenter and programme developer at The Parenting Place – their work days are heavily invested in giving to others. “There is something refreshing and simple about being in the garden at the end of the day,” Dave says. “When you are working with people, particularly young people, there is never really an end to your work. Being in the garden and working on a tangible project that you can plan, work and see the end results… there really is a simple satisfaction in that for both of us.”

It is this retreat mentality, mixed with clever creativity and an almost unnatural level of patience, which gives every aspect of this garden its own story. They built the glasshouse, for example, this past summer • from discarded windows found in roadside inorganics and junkyards. “We literally spent a year and a half sourcing the windows after I was inspired by a similar project undertaken by [Auckland hairdressing duo] Stephen and Lucy Marr,” Phoebe says. 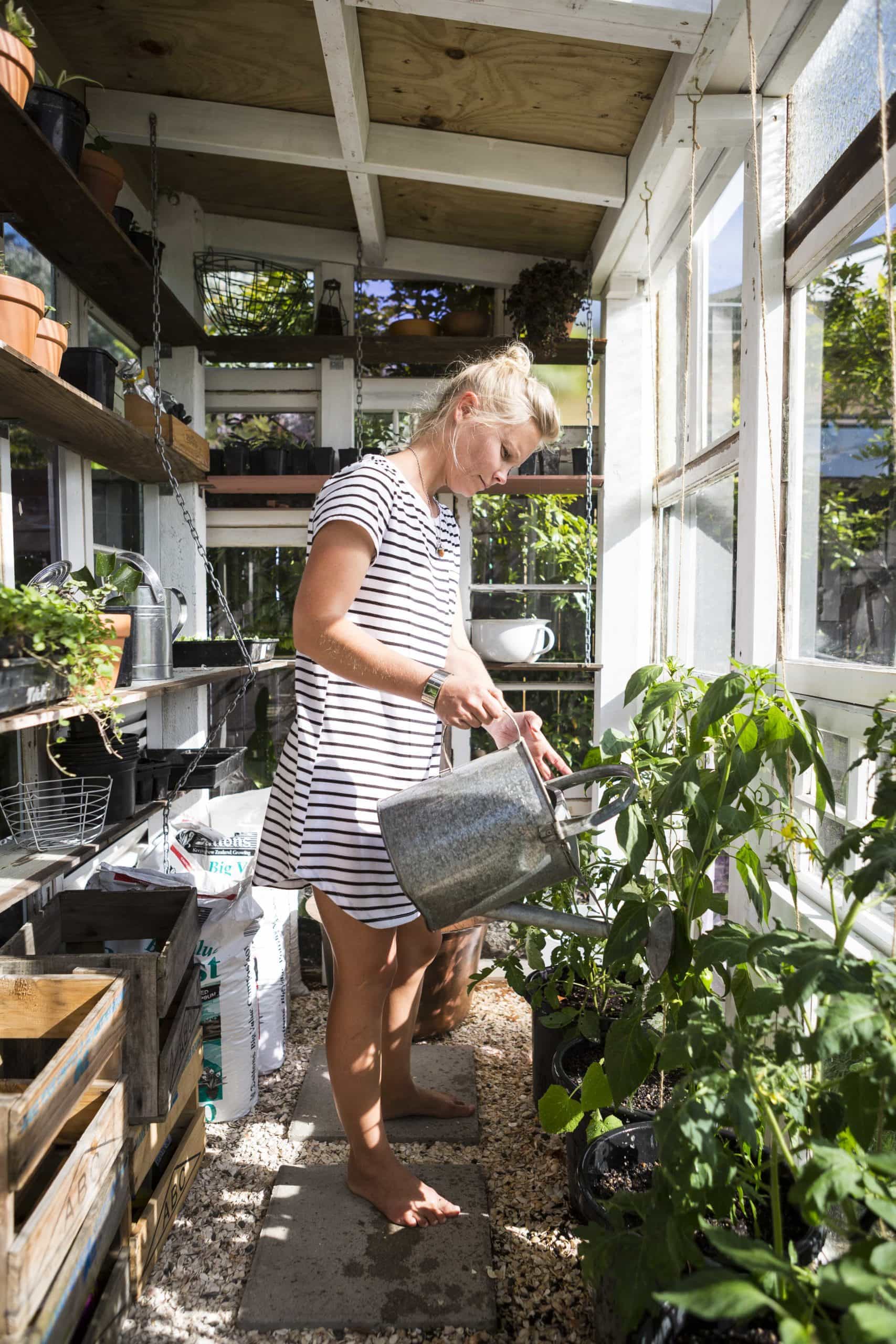 With the assistance of helpful builder mates, the couple spent time planning how to jigsaw the pieces together. Finally assembled, it serves as a stylish glasshouse for seedlings and cuttings to take root.

Phoebe and Dave find real satisfaction in repurposing old things. Most of the materials used around the yard are discarded items they have salvaged from the side of the road or in demo sites. “We are constantly keeping an eye out for things we can use, instead of just popping into Mitre 10 for the stock standard,” says Dave.  Phoebe adds: “Dave is always looking – he is the ultimate eagle eye!” 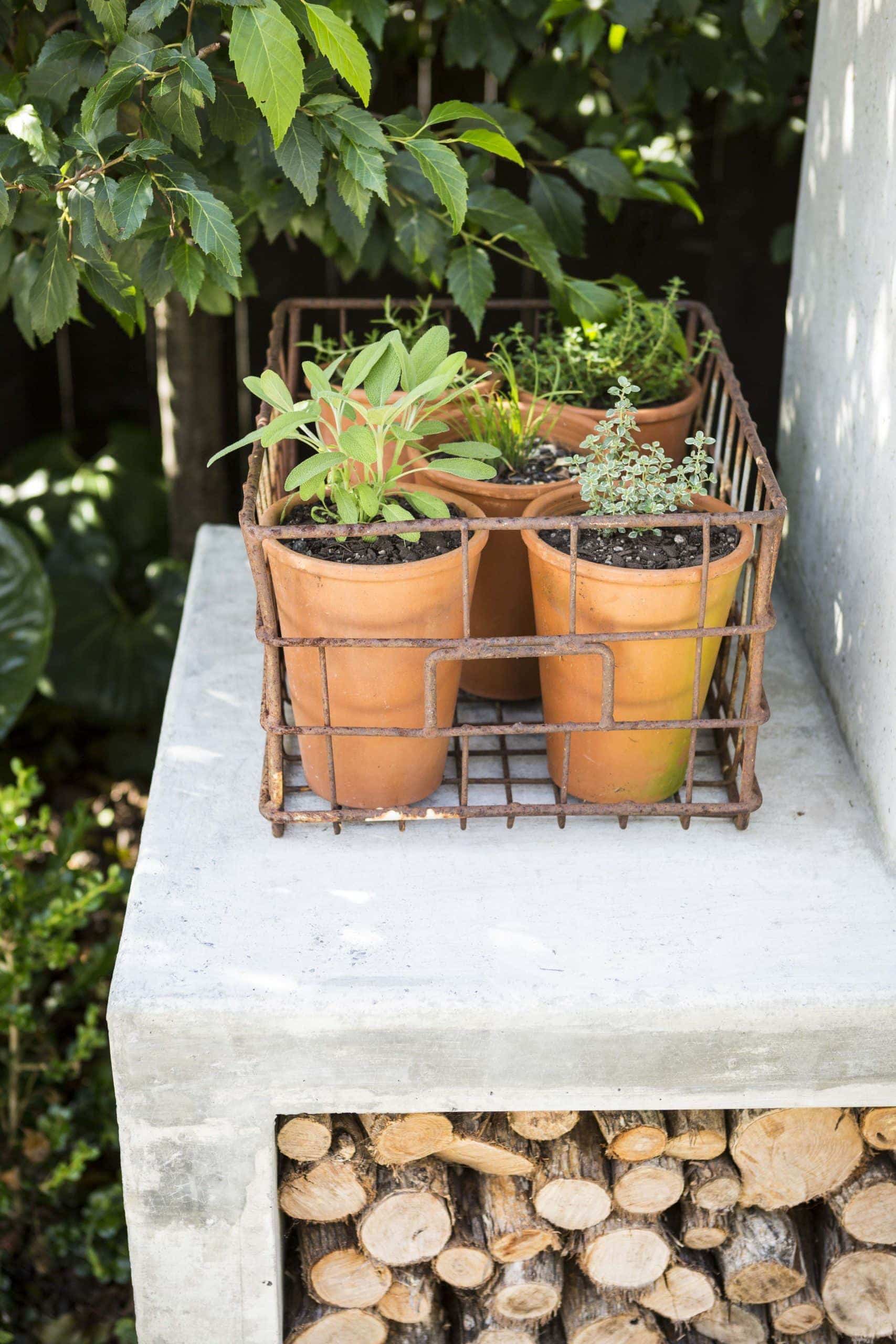 The evidence of their love for collecting is everywhere, with concrete man-hole frames around fruit trees, recycled sleepers for the vegetable beds, trolleys for garden supplies and a tonne of windows. One of Dave’s favourite scores is the water storage container they use for their vegetable patch. While driving out west to Piha for a surf one weekend, Dave spotted the barrel outside Sapich Winery and stopped for a closer inspection. The owner came out and after a bit of a yarn offered it to them for free.

It is this wonderful mix of personality, creativity and practicality which gives the Atkinson garden its unique and peaceful feel. Unable to be manufactured or replicated, the garden is not perfect or staged. It is in a constant state of evolving, just as we are as people; thriving in the successes, and adjusting to the failures and imperfections while finding ways to grow life anew. 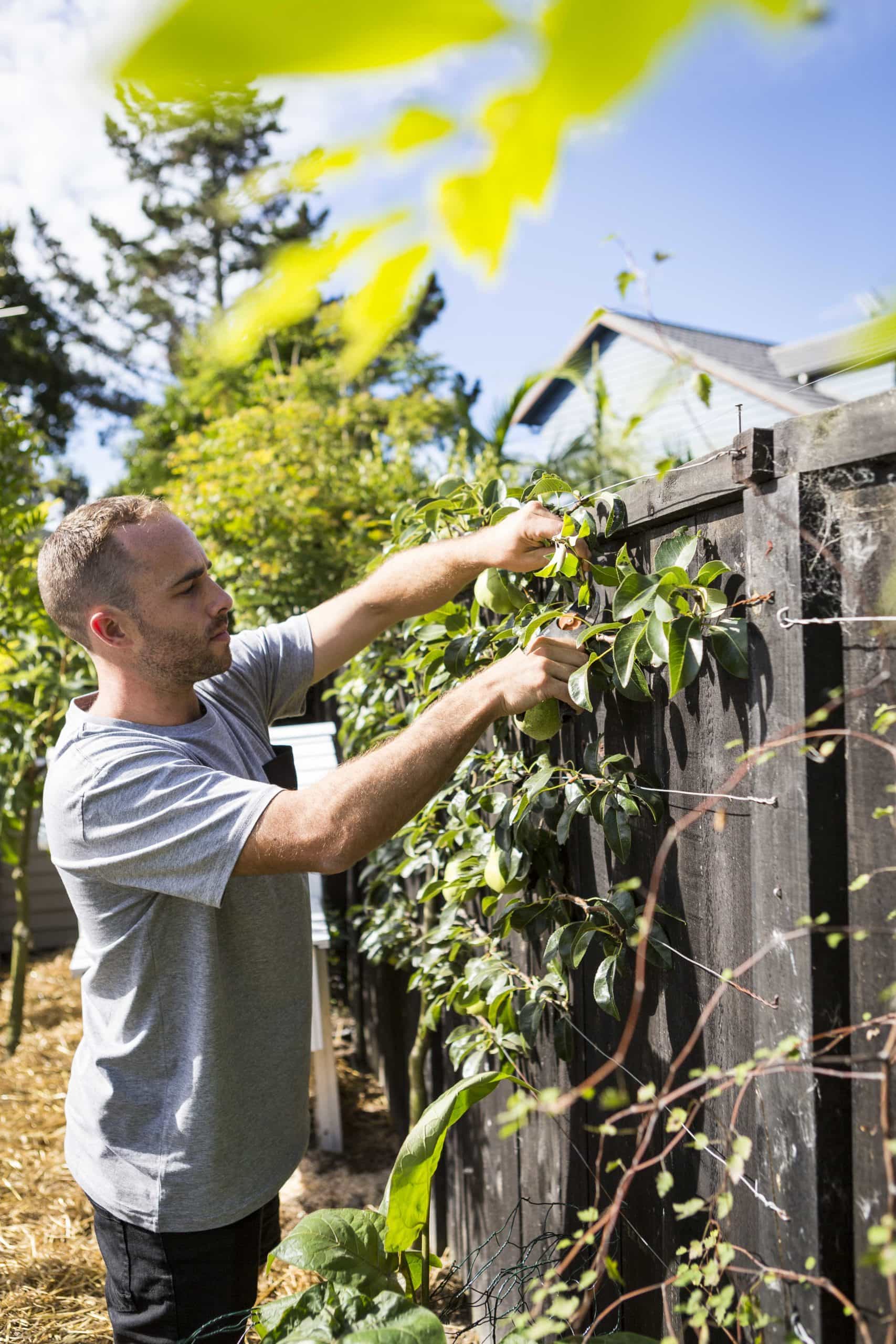 2. Save water by diverting a downpipe into a bucket or wine barrel.

3. Don’t be afraid to take one step back for every two steps forward – such as cutting down less desirable trees to make room for those you want to grow.

4. Don’t leave your garden until last. Make the garden your first project so you can enjoy it while it grows. “The best time to plant a fruit tree was 20 years ago,” says Phoebe. “The second best time is today.”

5. Divide store-bought plants to make them go further and share between friends.

6. Don’t rush to finish a project, the joy is in the anticipation and the process.

7. Don’t be afraid to get dirt under your fingernails. You can’t avoid digging a hole if you want to plant a tree! 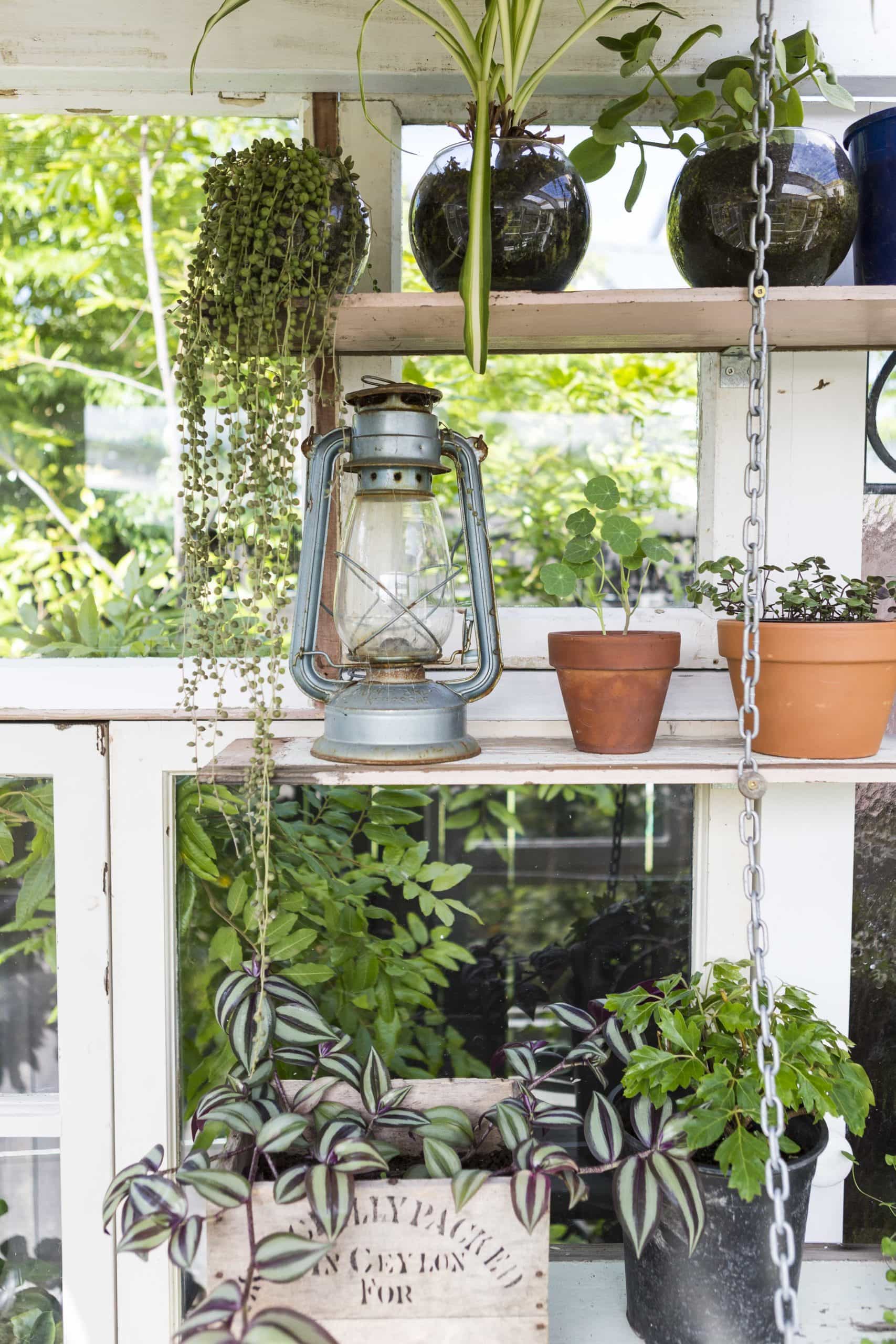 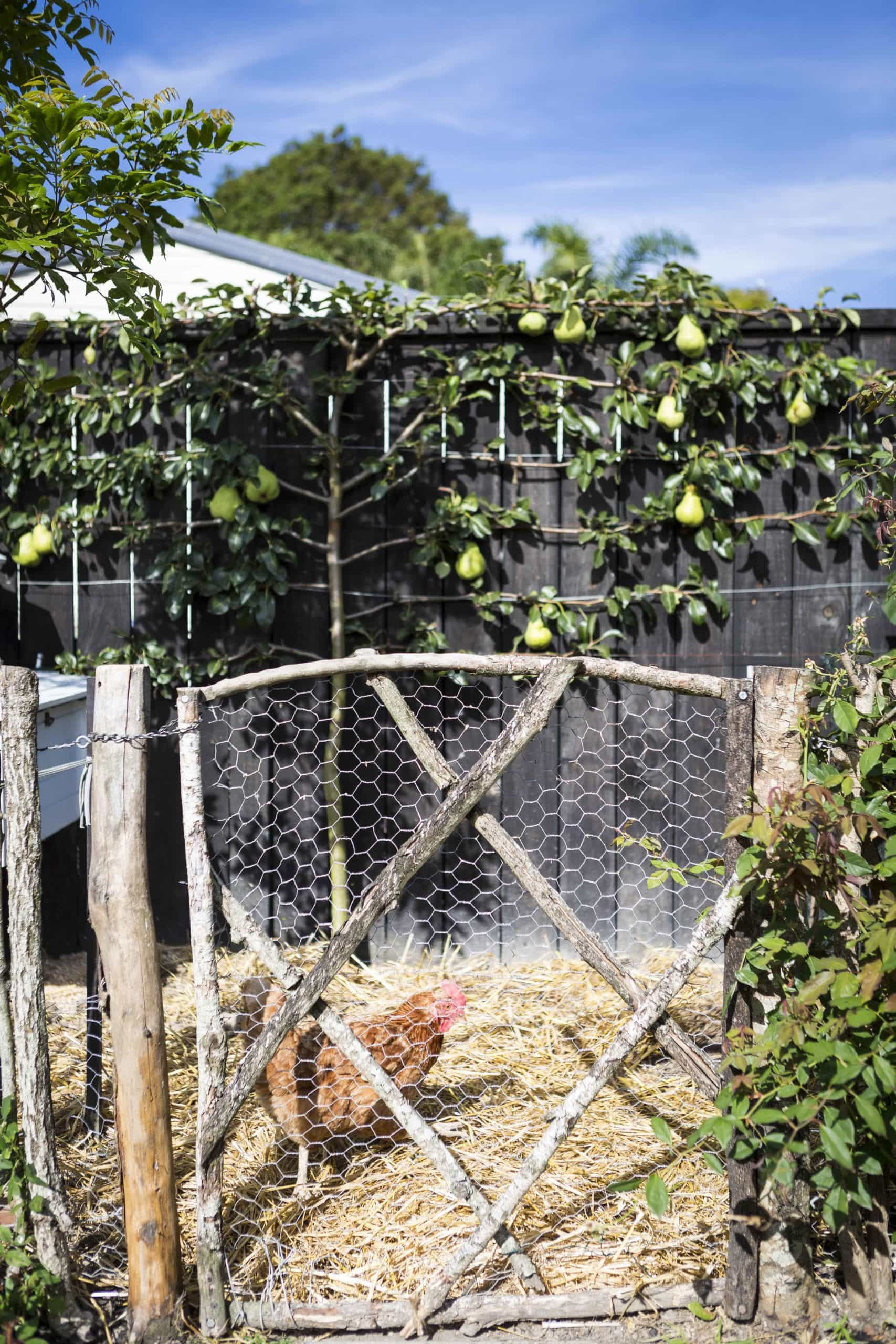