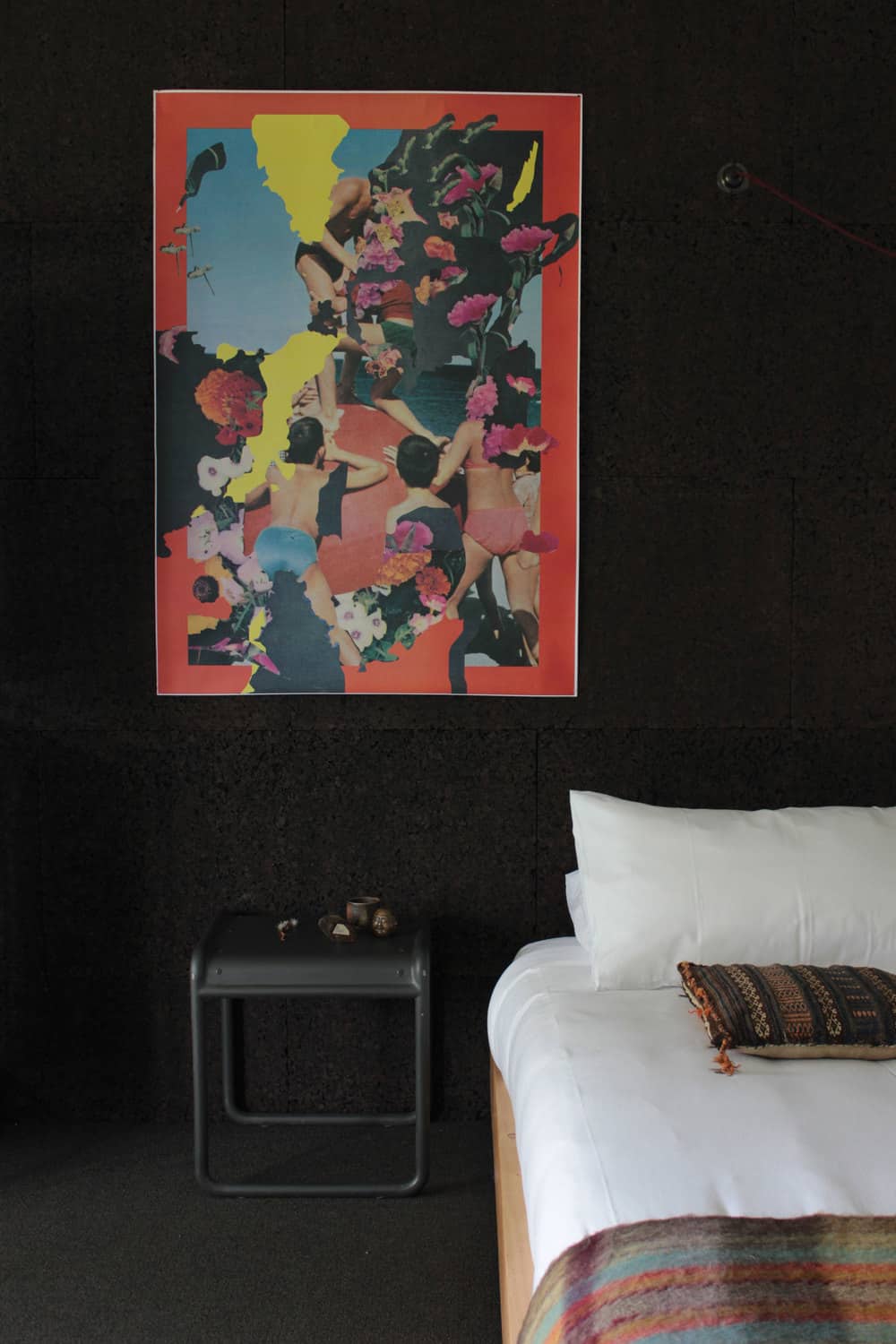 The owners of one of Auckland’s favourite eating and drinking establishments have set up another soon-to-be-legendary spot – in Queenstown.

First there was Golden Dawn, four years old and already such an Auckland institution that it hardly needs its albeit spot-on descriptor “Tavern of Power”. And now its owners Sam Chapman and Stephen Marr  – yes, of that other institution of the hairdressing kind – have teamed up with eco-developer Adam Smith to create a second ‘let’s meet at’ establishment of legendary proportions.

This one is in Queenstown. Called The Sherwood, it is a lodge, restaurant, bar and music venue with an onsite yoga studio, massage room, vege garden and bike track created around and out of the would-be ruins of a mock-Tudor 80s motor inn.

But in adopting a use-what’s-usable approach to the whole project, no mock-Tudor structure was fatally harmed in the making of The Sherwood. Rather, things were replaced here and there, added to and sympathetically beautified, so the things that remained, such as the odd stretch of green-flecked carpet and a pink Formica vanity or four, became what the French call jolie laide (beautiful ugly).

The lodge is several kinds of hybrid. Part boutique hotel, part upmarket hostel, you can choose to stay in a dorm room on a queen bunk or in a fully reconditioned lakeside studio on a macrocarpa king. All have commissioned poster artworks by New Zealand artist Joel Kefali hanging on the wall, beds cloaked in merino, and curtains made from Italian army blankets.

But this is Queenstown, so it is, of course, what is seen when those blanket-curtains are drawn that holds the strongest aesthetic pull. The Sherwood sits on the side of a hill looking out over mountains and Lake Wakatipu, a place where light dances over the rocky slopes all day long. And it is well utilised. This may be one of New Zealand’s first mock-Tudor structures with an entirely solar-panelled roof. It’s certainly one of the country’s largest privately run solar generators, with 248 multi-crystalline panels creating more power than the place can use, returning the rest back to the grid.

Adam, Stephen and Sam didn’t just want to create a place for out-of-towners to rest their skied-out heads, however. Seeing that Queenstown was in need of a really good intimate live music venue, they created one – the beautiful timbered restaurant turns into a venue après dessert-plate clearing.

Said restaurant serves food grown in the garden outside The Sherwood and from those around Queenstown. Head chef Ainsley Rose Thompson has adopted what she calls a 1970s wholefoods cooking style: she makes kombucha and her own kim chi and there are ample pickles, preserves and jams lining the kitchen shelves. She also avoids sugar, going through litres of Central Otago honey instead. Herbs are foraged. Local cuts of meat are grilled over a Big Green Egg – the finest of charcoal barbecues. And it’s all served with natural wines selected with the goal of ensuring you don’t have to trade in the next day for a great night ahead.

The Sherwood is not a health retreat. But it is the kind of retreat – whether it is for a few hours or a few days – that makes you feel more alive upon leaving. And last time we checked, being really alive is a pretty healthy state to be in.