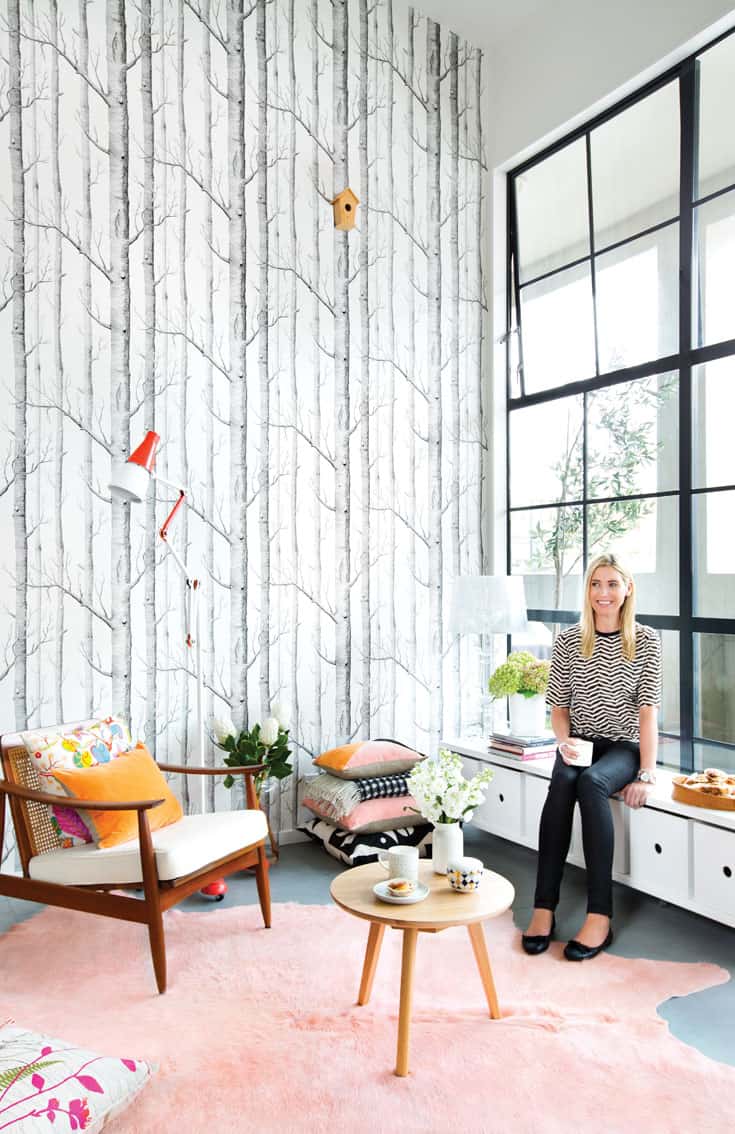 Scandinavian style doesn’t get any more authentic than when created by a Swedish interiors expert.

The first thing you notice upon walking into Anouk Treutiger’s Ponsonby apartment is how incredibly tidy it is. It’s not until you start looking around that you start to see all the layers of interesting things. Here you see the perfect balance of a home full of personality, yet executed in a ‘clean’ way – a tribute to Anouk’s Scandinavian background.

Anouk moved to Auckland five years ago with her sons Taj (now 11) and Fynn (8), but her Swedish heritage is something that will always be a part of wherever she calls home. “We Swedes are obsessed with natural materials and light, and when it comes to our homes we’re known for simplicity, utility, and beauty,” she says. “I think it’s due to the Nordic climate, because the importance of creating a comfortable, warm and inviting home is ingrained in us from an early age.”

Respectfully admired, it’s not unusual to see Kiwis attempt to recreate Scandinavian style – but the results often lack personality. “It’s a common misconception that Scandi style is all about monochromatic and muted tones,” says Anouk. “But we aren’t afraid of colour, like we’re often made out to be – just look at Marimekko or Joseph Frank. It’s all about the way we use classic patterns and colour through accessories and art work to create layers of interest.” 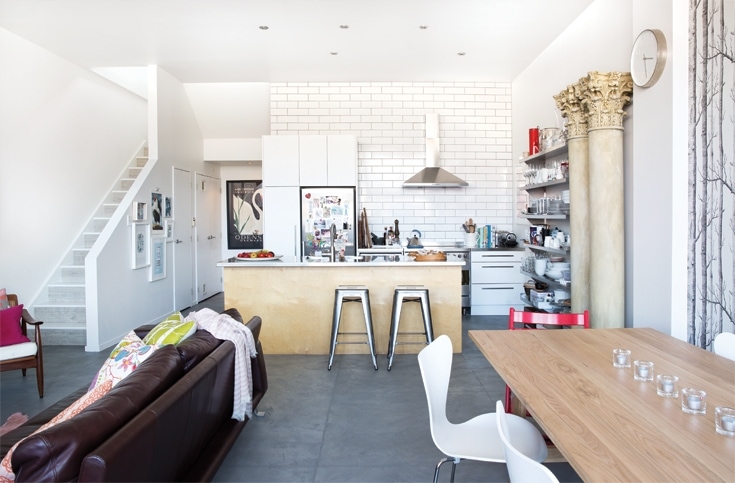 Having always dreamt of living in a New York-style loft apartment with high studs and lots of light, Anouk made an offer on the similarly spec’ed Ponsonby apartment within a few hours of seeing it. Originally built as a warehouse in the 50s, and converted into apartments in 1995, the place was pretty run-down when Anouk bought it in 2011. But there was no beating the high studs, huge steel-framed windows, large open plan living area and great sized bedrooms with lots of storage – and, of course, the central location.
But, Anouk says, “it was really all the natural light that made me want to live here”. With the renovation started just four weeks before she and the boys moved in, the apartment was literally gutted, and the entire interior was spray painted in Resene Half Sea Fog to create a gallery atmosphere.

Still, even with meticulous planning, renovation projects have a habit of running off schedule. The previously orange concrete floor had to be removed then resurfaced – twice, holding everything else up in the process. “We ended up moving in without a functioning kitchen,” says Anouk. “Not that the boys complained about eating out or having takeaways for an entire week!” In fact, the renovation wasn’t completed until this year – coming in at about 50 percent above budget. “Never underestimate the unexpected and hidden costs that come with a big renovation,” Anouk warns.

At least the interior was trouble free. Having always worked in the creative arena, Anouk is currently the visual merchandiser and sales manager for the Citta Design store at BLOC in Mt Eden – and, more recently, its pop-up store at Britomart. Working in an interiors store has influenced her style, especially with the current collection being so close to home. “I’m really excited about our winter collection, which is inspired by the city of Copenhagen. It blends both my love for Scandinavian design and the Citta brand in a perfect marriage – but it’s difficult not to want to take a lot of things home with me!”

Still, the most special thing to Anouk about the home she has created is that it reflects both herself and her sons. “It’s my little piece of home on the other side of the world,” she says. “While I’ve always loved classic designer pieces, with a less-is-more attitude, my style has evolved with the boys. I want them to enjoy and love this home as much as I do – and they really do. To me that’s priceless.”